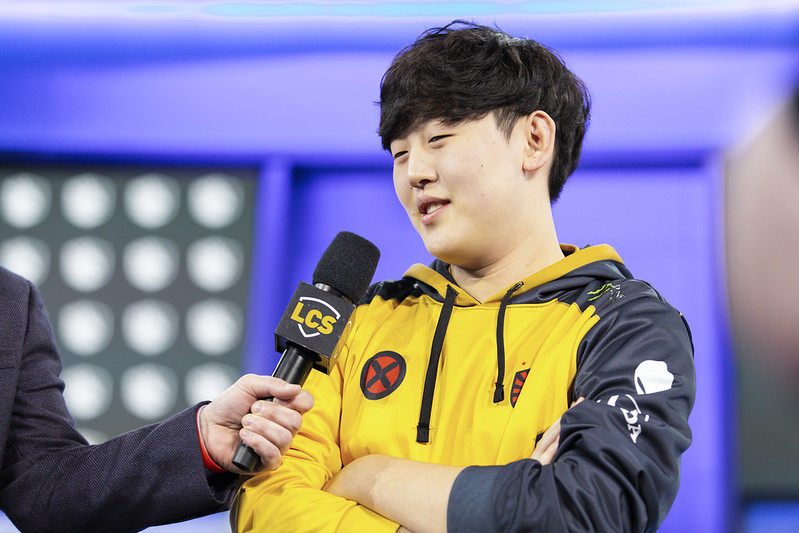 The sixth week of the League of Legends Championship (LCS) 2020 Spring Split has concluded. Team Liquid picked up their first 2-0 weekend of the season, while Cloud9 has already clinched a playoff spot. We take a look at where things stand in the LCS by looking at the top storylines so far in North America.

TACTICAL SUBSTITUTION A SUCCESS FOR TL

I wont be able to play this weekend of LCS because I got laryngitis (not corona) and I can't use my voice at all. We're gonna play with @Tactical so please support him in his debut and cheer for TL 😗

Starting ADC Peter “Doublelift” Peng announced on Twitter that laryngitis would force him to sit out Team Liquid’s week six matches. That news only ratcheted up concern for TL, who opened the season 4-6 and were on the outside of the playoff picture. Fortunately for TL, his replacement Edward “Tactical” Ra filled in capably and TL picked up their first 2-0 weekend of 2020.

Team Liquid opened the week against the up-and-down TSM. While TL went for a more standard meta composition, TSM went with an interesting hyper carry composition focused around Kayle and Varus. Sergen “Broken Blade” Çelik counter picked Jung “Impact” Eon-yeong’s Sett with Kayle, while Søren “Bjergsen” Bjerg rounded out TSM’s draft with mid lane Maokai. In theory, TSM would be late game monsters if they could get through the mid game with a relatively even gold state.

Liquid did not let that happen. Mads “Broxah” Brock-Pedersen’s Gragas visited top early, helping Impact pick up First Blood at 3:45 to set Kayle behind. Despite that setback and having three losing lanes, TSM then tried to contest TL’s first Rift Herald, only to lose Vincent “Biofrost” Wang and give up the farm and turret plates they could have been trading in the meantime.

Team Liquid conceded early drakes, but they didn’t give TSM enough time to collect the Mountain Soul. With an early lead and poke from Nicolaj “Jensen” Jensen’s Zoe, TL could easily siege on TSM’s poor waveclear composition. Kayle never made it to enough items to be a threat in the side lane, so TSM got rolled over before their composition could come online. Tactical placed several perfect Miss Fortune ultimates and finished with a solid 3/0/5 score.

TL were even better in their second game against 100 Thieves. The game was non-competitive from the start, as Tactical picked up First Blood at 1:43. Jo “CoreJJ” Yong-in hit a two-man Taric stun from the bot lane brush on the unsuspecting 100T bot lane. From there, TL took everything they wanted, conceding only a single turret to 100T for the rest of the game. Impact’s Sett was just along for the ride, as he finished with a hilarious 0/0/0 score in TL 9 kills to 0 win.

Tactical finished the 100T stomp with a 5/0/1 score, giving him an 8/0/6 combined K/D/A in relief of Doublelift. Team Liquid may not need his services on the main roster for the rest of the year, but it’s nice for them to know that Tactical can step up if needed. Personally, he also showed the rest of the LCS that he belongs in the league. It wouldn’t be a surprise to see him again this season, possibly in a different uniform.

TSM have been a rollercoaster to start the year. They opened the year with two losses, bounced back with four straight wins, and have now been alternating 2-0 and 0-2 weeks. They still are yet to finish a week 1-1. For all of the talent they have in an incredibly mediocre league, TSM’s 6-6 start to the year must be considered a massive disappointment.

You could see the idea TSM had in their composition against Team Liquid. Just after Kasper “Kobbe” Kobberup explained why TSM don’t play late game scaling compositions, they pulled one out. While difficult to execute, the problem was that they didn’t play to their win conditions. It was crippling for Broken Blade to get caught out and die to a very readable pre-four minute gank from Broxah. Whether Joshua “Dardoch” Hartnett needed to be shading to that area, or Broken Blade needed to be playing more respectfully, that shouldn’t really be unexpected for TL to target the Kayle early.

TSM compounded that mistake by trying to contest TL’s Rift Herald minutes later. TSM had no priority top lane, no priority mid lane, and no priority bot lane. While it doesn’t feel great to give up neutral objectives, TSM could have taken some breathing room to push out lanes and either work on their vision control around the map or take a free recall timing. Instead, TSM took their team up to Rift Herald too late, needlessly sacrificing more resources for a fight they couldn’t take. TSM accelerated TL’s lead, playing themselves out of a chance to hold on and scale.

The Counter Logic Gaming game, though, was a bigger disaster. TSM actually got the better of the draft, making it an even more difficult loss to the last place team in the LCS. The game even started out well, as Broken Blade outplayed an early gank and Kobbe teleported in to pick up First Blood.

That was about the extent of the good for TSM. They reverted back to the inactivity that’s plagued them, allowing CLG to dictate plays around the map. Bjergsen’s Zoe couldn’t land any Sleepy Trouble Bubbles of consequence, while Broken Blade’s Mordekaiser was a walking bag of gold for CLG. TSM made Kim “Ruin” Hyeong-min look like the best top laner in the LCS, landing five-man Rumble Equalizers and dealing a game-high 23.9k damage.

There’s no one player to pin the blame on for TSM. Each player can play at the highest mechanical level, but they didn’t play the map well and lost to two teams with losing records. There is no team in the LCS more volatile week to week than TSM.

In what is now seemingly a forgone conclusion each LCS week, Cloud9 picked up another 2-0 to move to 12-0 on the season. The first of those, a win over the second place FlyQuest, clinched a playoff berth for C9.

In typical C9 fashion, the team had the gold lead from start to finish. Though Lucas “Santorin” Tao Kilmer Larsen picked up First Blood on Eric “Licorice” Ritchie, Yasin “Nisqy” Dinçer picked up a counter kill on Omran “V1per” Shoura to keep it even. Robert “Blaber” Huang controlled the mid game by securing both Rift Heralds and three of five elemental drakes, as C9’s lanes continued to dominate. Jesper “Zven” Svenningsen picked up a pair of double kills in the final two fights to close out the easy win for C9.

C9 faced Dignitas in game two, the same team that handed Zven his first death of the season. Dignitas couldn’t put an end to C9’s win streak, but they did put an end to C9’s streak of winning without conceding a single mid lane turret. Dignitas took C9’s outer mid lane turret at 23:47 after a kill of Licorice’s Aatrox. Unfortunately for them, C9 punched back by taking a bot lane inner turret in response.

Other than losing their mid lane turret for the first time, it was another uneventful win for C9. That kill on Licorice was the only one Dignitas picked up in the game, and a second outer turret and one elemental drake were their only objectives. Zven didn’t die in this matchup, finishing 3/0/6 on Miss Fortune while dealing a game-high 13.7k damage.

The only question left for C9 is whether or not they can finish the season undefeated. They play TSM to open week seven, followed by a game against Golden Guardians on Monday Night League.

A matchup between NA’s best team and NA’s most frustrating team. If there is a team, besides a cohesive Team Liquid, that could challenge C9, it’s definitely TSM. They can match C9 lane for lane and have also been very good in the early game. We haven’t really seen C9 have to play from behind, but even if TSM get a lead, they’ve shown that doesn’t guarantee they know how to close it out. With TSM on red side, expect Broken Blade to be given a counter pick for Licorice.

Jake “Xmithie” Puchero got revenge in his first matchup versus his former team, but that was also Broxah’s first game with Team Liquid. TL looked much better in week six, while IMT lost to Golden Guardians and barely pulled out a long game against 2-10 Counter Logic Gaming. Regardless of who starts at ADC for TL, they should have a big advantage with CoreJJ looking locked in. We’ll see if IMT can throw Broxah off again with a smart early game plan.