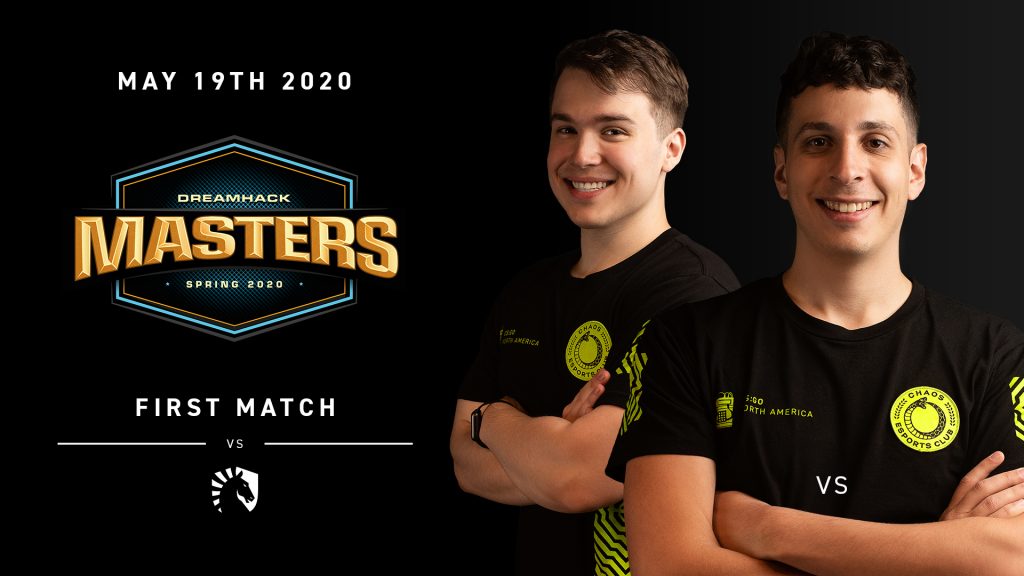 Chaos Esports Club is now the fourth team in DreamHack Masters Spring after Bad News Bears announced they were disbanding on May 12. Chaos joins the likes of Team Liquid, MiBR, and FURIA Esports in Group A.

Chaos Esports Club only recently announced that Jonathan “Jonji” Carey is joining the roster after Nathan “leaf” Orf rumored departure to Cloud 9’s VALORANT roster. Jonji is officially part of the Chaos roster as a stand-in as of May 12.

The Chaos roster has a total of a week to get itself into gear since Jonji’s arrival. DreamHack Masters Spring North America begins on May 19. They are in the same group as MiBR, Team Liquid and FURIA Esports. Chaos is no stranger to MiBR’s online prowess, after losing to them in the FLASHPOINT 1 event several times. As for Team Liquid, the former world number one is still one of the best in the world. This a tight group to play in, especially given their recent roster circumstances. Chaos Esports Club’s first match is against Team Liquid. It is safe to say they are in the deep end.

We have some BAD NEWS (Bears), as BNB have unfortunately dropped out of #DHMasters Spring

However, we are excited to announce their replacement – @ChaosEC!

DreamHack Masters Spring will use a best of three round robing group stage format. The teams that win their group will advance to the upper bracket, with the remaining teams advancing moving into the lower bracket.  $100,000 is up for grabs in this event. Furthermore, the event offers ESL Pro Tour points for everyone finishing above 7-8.