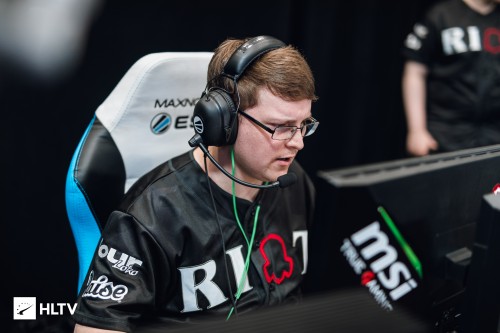 Peter "ptr" Gurney and company have parted ways with Bad News Bears after new offers have come on the table. (Photo courtesy HLTV)

North American organization Bad News Bears has disbanded according to Will “dazzLe” Loafman. The team’s former entry fragger revealed the news in a tweet, stating that other members had received offers to compete elsewhere.

Bad News Bears are disbanding due to players receiving other opportunities. i love counterstrike, no game can ever replace it for me. Even if the chances to make money are better in Valorant, i'm not going to switch as of right now. I'll continue grinding the game i love

Less than half an hour earlier, Jonathan “Jonji” Carey was announced as a stand-in for Nathan “leaf” Orf on Chaos. Meanwhile, Michael “dapr” Gulino was quick to disclose plans of his own, those of which included the former rifler setting aside Counter-Strike to play VALORANT on a full-time basis. This would mark the second instance a Bad News Bears player would make the swap from CS:GO to VALORANT, following Austin “crashies” Roberts who left in April.

It was June 2019 when Bad News Bears had begun making some noise in competitive Counter-Strike. After being signed to Riot Squad, the addition of in-game leader Pujan “FNS” Mehta had helped to unlock potential within the team. The group most notably finished in the top-two in both the ESEA Season 32 Global Challenge and North America Finals against forZe and INTZ, respectively.

In February 2020, the Bad News Bears core returned to play under their former banner, but there didn’t seem to be much left in the tank. Despite nearly clinching a top 30 rank in the HLTV world rankings, the team failed to qualify for key events such as Flashpoint Season 1 and the Rio Major. The group was however set to compete in DreamHack Masters Spring, but will now forfeit their spot to Team Envy.

DazzLe has made it clear he will stick with Counter-Strike for the time being, and “continue grinding” his way to the top of the professional circuit. As for Peter “ptr” Gurney and Mitch “mitch” Semago, the status of their careers in CS:GO is unknown at the time of writing.