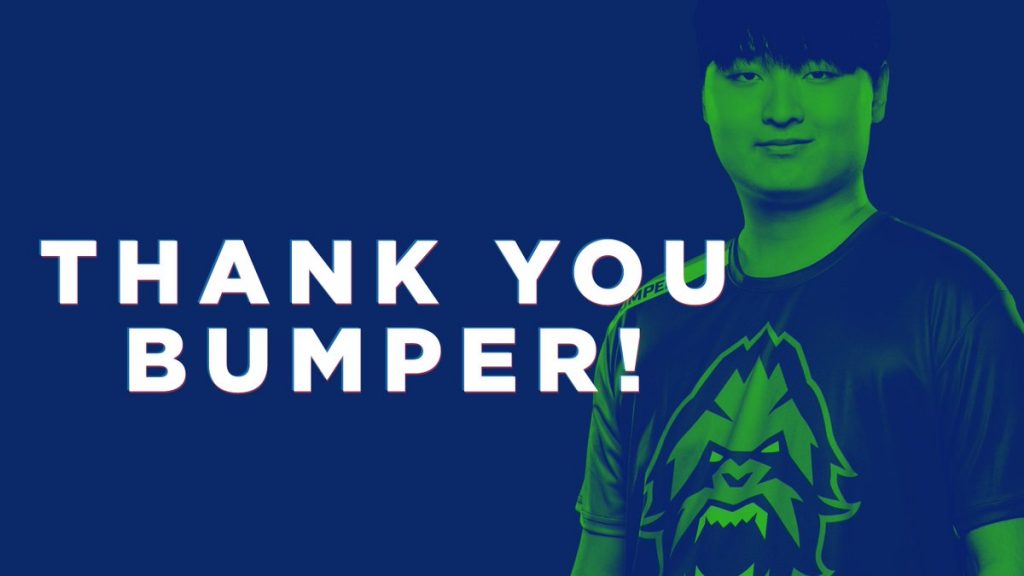 The Vancouver Titans have announced that star main tank player Sangbeom “Bumper” Park will not return to the team for the 2020 Overwatch League season.

“Bumper was an important part of our inaugural season and helped us establish our team identity early on. He is passionate, fun-loving and confident and we wish him nothing but success in the future.”

This announcement comes a day after Vancouver picked up main tank player Chanhyung “Fissure” Baek from his retirement. Many fans were concerned with who would be starting between Bumper and Fissure, but that was quickly dispelled with Bumper’s release.

Bumper is only the second player that Vancouver has dropped since the offseason began. Seeing as the Titans took OWL by storm in their first season as a franchise, minimal roster moves were expected. Vancouver made playoffs after every Stage in 2019, including winning the first. They ended the regular season with the best record overall but faltered in the OWL 2019 Grand Finals against the San Francisco Shock.

Throughout all of this success, Bumper was a critical piece who helped bring the entire roster together. He even helped to pioneer a new Reinhardt playstyle involving solo flanking with a charge and Zarya bubble.

Despite Bumper on paper being an excellent pickup for any team still looking for tank players, the concern is if he will be able to replicate his success on a non-Titans team. Vancouver was good enough to make his plays look like strokes of genius, but a less skilled team may not be able to deliver the same support to Bumper.

There are still over ten weeks in the OWL offseason. Vancouver has plenty of time to adjust to its only new starter in Fissure. Similarly, Bumper has time to temper his play and look around the league for a starter spot. Time will tell what the OWL landscape looks like for the upcoming year.