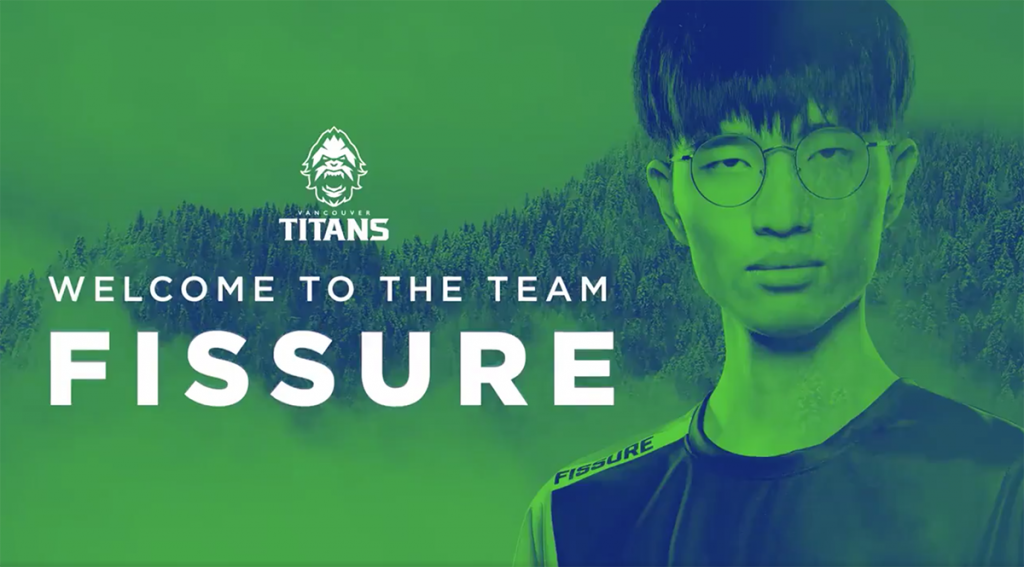 The Overwatch League just had its biggest offseason news yet when the Vancouver Titans announced Chan-hyung “Fissure” Baek will be joining the team heading into the 2020 season. Fissure announced his retirement from professional Overwatch five months ago after a subpar showing with the Seoul Dynasty during the 2019 season.

Fissure joining one of the best teams in the entire league is an interesting (and possibly inspired) signing, but his history of controversy with the teams he plays for is something to watch out for in the 2020 season.

It's official. Please help us welcome Fissure to the Vancouver Titans! We're excited to see some ground breaking plays from this legend. #ForceOfNature pic.twitter.com/KRqzWyI6rC

Fissure began his Overwatch League career with the London Spitfire but didn’t get much playing time as the Spitfire fielded Jae-hee “Gesture” Hong at the main tank position.

Fissure ended up being transferred to the Los Angeles Gladiators prior to the start of Stage Two of the 2018 season. Fissure helped the Gladiators become one of the best teams in the league and solidified himself as a top MVP candidate for the year. Due to internal issues with Fissure and the rest of the team, he didn’t play during the playoffs and the Gladiators were knocked out by the Spitfire early.

Fissure joined the Seoul Dynasty in 2019 but didn’t see consistent starting time as the Dynasty constantly rotated out their starting roster. He retired halfway through Stage Three.

Fissure’s history of conflict with the teams he plays for is concerning. The Vancouver Titans relied heavily on their team synergy to dominate the 2019 season as most of their players came from the Contenders organization, RunAway. The Titans have Sang-beom “Bumper” Park as their main tank already, whose extremely aggressive play worked well within the synergy of the team. Fissure is mechanically a better player than Bumper by far, but if he destroys the internal workings of Vancouver (and they move on from Bumper) it could prove disastrous for their 2020 season.

Fissure was one of the best – if not the best – main tank players in the world when he was able to work with his team and avoid drama. Unfortunately, that hasn’t always been the case with him, and he has left teams scrambling to pick up the pieces. If this happens to the Vancouver Titans, this could be one of the worst pickups of the season. If Fissure can control his drama, though, signing him might be crazy enough to work. If it does work, the Titans have the chance to be even better in 2020.