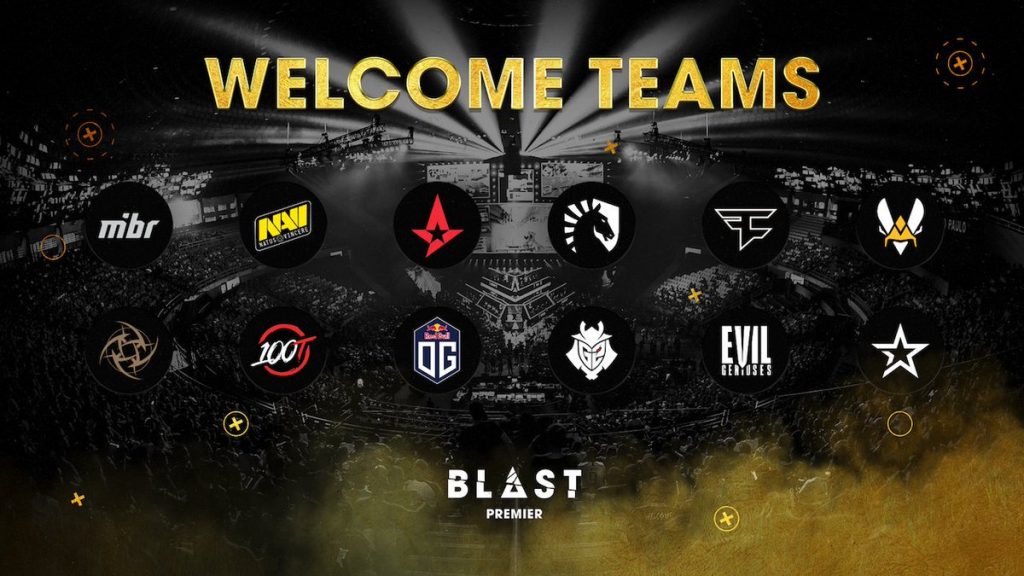 BLAST has announced more details on their 2020 BLAST Premier season in CS:GO. The announcement contained the full twelve teams in the franchise deal, and where the first tournament will be held.

Headlining the news is the announcement of the twelve teams. The BLAST Premier Season has returning faces, such as Astralis, Team Liquid, FaZe Clan, NiP, MIBR and Na’Vi. Whilst the other five are new entrants to the league. 100 Thieves, Team Vitality, OG, G2 Esports, Evil Geniuses and Complexity are the other six filling in the blanks.

The most surprising additions to this are Complexity, who has only just finalized their CSGO roster. Another shocking addition is the newly formed OG team. OG has only just entered the CSGO scene for the first time in December 2019.

Nicolas Maurer, CEO of Team Vitality, on behalf of the twelve teams, said “BLAST came to all of the teams with a proposition that is set to transform the industry. We believe the BLAST approach of producing best in class entertainment will continue to attract large new audiences as a global series in cool locations, innovative format and unique experiences. It was a no brainer to participate for all teams and players. We are excited to be competing against each other”

Accompanying the news, BLAST announced the first location of the BLAST Premier Season. The first event in January will take place in London, United Kingdom. The event has a vague location, with central London the only information present on the series.

We still don’t know how the groups are drawn. The Premier runs off a 3-group system with 4 teams in each group. Each group has its own week to compete at an event to earn their way into the seasonal final. Sit back and wait as more details are announced on the 2020 BLAST Premier Season. Check here for more information on how the new series works.