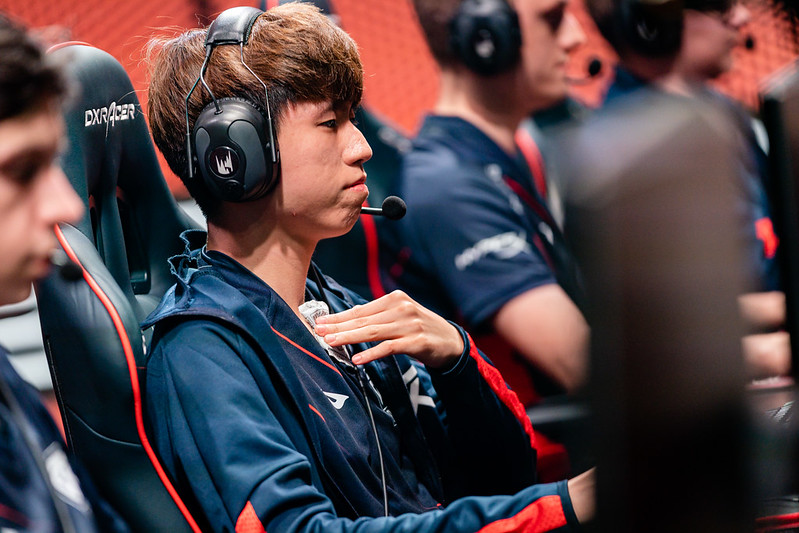 Mickey is going back to Korea and will re-join APK Prince as their new mid laner. (Photo courtesy Michal Konkol - Riot Games)

APK Prince has welcomed back mid laner Son “Mickey” Young-min to their Summer roster. Mickey played for APK Prince in 2019 Spring, back before they made it to the LCK and played in Challengers Korea.

The mercurial Mickey has played all over the world during his time as a pro player. After training with Team WE Academy in China to start his career, Mickey moved back home to play for Afreeca Freecs and Rox Tigers. Mickey then moved to North America to play for Team Liquid and Golden Guardians for two years. After the aforementioned brief stint with APK Prince, Mickey most recently played in Europe for a year with Excel Esports.

Excel Esports and Mickey agreed to part ways shortly after the end of the Spring Split. Excel finished 4-14 and 7-11 and missed the playoffs both times during his two splits with the team.

Despite taking up an import slot in Europe, Mickey was not one of the better laning mid laners in the league. Mickey’s KDA (2.7), XP difference at 10 minutes (-222), CS difference at 10 minutes (-1.1), CS per minute (8.3), damage per minute (427), and team damage percentage (23.9%) were all among the worst in the league among mid laners. The one thing Mickey did better than his peers, though, was roam. Mickey’s 69.1% kill participation was tops in the league, and his roaming can account for some poor CS numbers early in games.

That stands in direct contrast to his predecessors on APK Prince. Kim “Keine” Joon-cheol and Kim “Cover” Joo-eon split time in Spring, but they had the two lowest kill participation numbers (57.6% and 57.5%) of any mid laners to start a game in the LCK. Both had better laning statistics than Mickey, but it’s clear that APK Prince were looking to add a different play style to their arsenal.

With Cover having been removed from APK Prince’s team on the Global Contract Database, it looks like Keine is Mickey’s main competition for playing time. Considering APK had only a 22.2% win rate with Keine and closed the season playing Cover (54.3% win rate), Mickey could be in line to start immediately.

We’ll see who gets the nod in mid lane when the LCK action resumes on Wednesday, June 17th.