Will Regional Franchises Work in Esports? 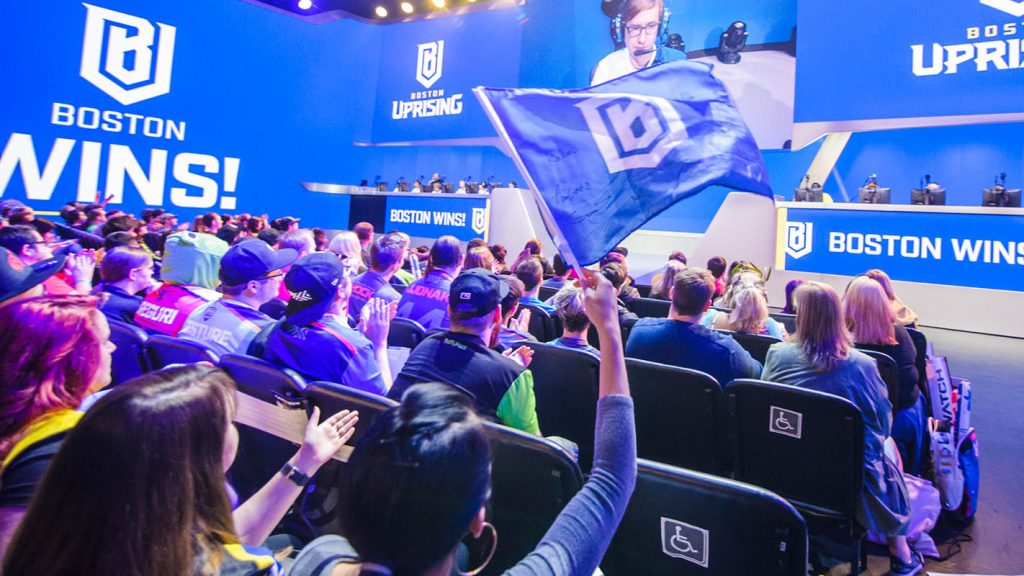 Regional, or geo-localized franchises, are straight from traditional sports but had never been a part of esports until the Overwatch League came along (Photo courtesy of Jonathan Tayag | Blizzard Entertainment)

The Overwatch League was built with esports in mind, but one key tenant of the league was completely unique to esports. Regional, or geo-localized franchises, are straight from traditional sports but had never been a part of esports.

In traditional sports, the idea of non-regional franchises is unheard of. Besides individual sports like tennis, golf, or racing, every major sport uses locations to build fan bases and natural rivalries.

New York doesn’t like Boston. St. Louis and Chicago go head-to-head. Portland and Seattle fight for the northwest while LA and San Francisco battle for California supremacy. Internationally, sports rivalries have been drawn over military battle lines. Rivalries between cities and countries extend through, and even outside of sports.

That is the passion that Blizzard is aiming to tap into by basing the Overwatch League (OWL) teams out of specific cities. The first season was a success, so the second season will see eight new teams joining the original twelve. They span from Atlanta to Chengdu to Paris. Despite the success of season one, as the offseason before season two ticks away, Blizzard still has logistical problems to answer.

Will Regional Franchises work in Esports?

They work in traditional sports, that much is clear, but will that same regional passion extend to esports? The jury is still out because, despite the teams carrying the names of their cities, that’s about where the connection stops.

In season two, like in season one, the teams will play all their games in Los Angeles. Logistically, that was crucial as building an esports league from the ground up takes time. Spreading out the teams throughout the world would pose a host of logistical problems.

Blizzard’s stated goal is to get every team to play from its home city by 2020. That means that each of the 20 cities would need to build a dedicated esports arena to house their team. Logistically, that seems difficult. There are a couple esports arenas in some urban hubs, but many more will have to be created for the league to reach its timeline.

In addition, it will be interesting to see how they handle international games. With every team playing out of LA, Shanghai can play Vancouver easily. If they actually have to travel, international road trips could be filled with jetlag and visa issues.

Instead, the OWL may move to a regional setup like League of Legends, with teams playing in their own region and getting together for events like Mid-season’s Invitational and Worlds.

That works well for League but Overwatch is a long way off.  Riot runs 14 different leagues for LoL around the world, and the teams aren’t tied to cities, they play all games in a central location.

For the OWL’s geo-localization to be successful, they will need to even out the representation from different areas of the world. Right now, 13 of the 20 teams are based in North America. Just two are in Europe and the other five are in Asia, with four in China. That creates a massive imbalance and scheduling travel would be next to impossible.

So why does Blizzard want to focus their teams in individual cities?

The Value of Regional Franchises in Esports

Geo-localized franchises do a number of things that traditional esports organizations do not.

In esports, fandom comes from the most dedicated observers. Usually, players dictate where a viewer’s fandom lies, and often that fandom doesn’t extend past the individual game. A fan of OpTic in one game may be a fan of Cloud 9 in another and Team Envy in a third. In traditional sports, fandom is generational and often tied to where a person, or their parents, grew up.

Esports right now is at an inflection point. Millions of people have come across esports in the last two years who had never heard of it before. Some of them want to become fans but figuring out where can be hard to start. Geo-localized franchises are designed to give fans that easy entry point into fandom.

By tying organizations to cities, the OWL will hope to create die-hard regional fans that stick with their club through thick and thin. These fans would then raise their kids as fans as well and a generational fanbase is born. Obviously, season two is a bit early to begin talking about multi-generational fanbases, but this is something Blizzard has absolutely considered in making this decision.

Even more so than fans, companies want to get into esports in a big way. They see it as a golden goose to connect with the young audience in a way that wasn’t possible before. But entering the industry can be tricky and is laden with potential pitfalls.

Regional franchises have allowed companies an easy way into esports. Take Gillette, based out of Boston. The giant razor company is the name sponsor of the Patriots, is a presenting sponsor of Bill Simmons podcast – a notable Boston sports voice – and now has partnered with the Boston Uprising.

When the OWL does move to playing games in home cities, they will open up lucrative stadium deals. Each team will be able to develop their own relationship with local companies and the revenue will flow if the stadiums are filled.

Player cycles in esports are exhausting. Contracts rarely last more than a couple years and the free agency periods see whole teams disbanding and moving somewhere else. A large part of that is because esports is so young, popular teams can just disappear or be bought out.

Another part is the lack of revenue. Right now, few esports teams are profitable; they rely on investors who see the promise of the industry. Profit is a tricky thing; Twitter isn’t profitable but is valued at over $25 billion, esports organizations operate in the same way.

Giving team owners regional areas to call their homes and develop out is a more appealing payout for investors. Again, Blizzard is swinging for the fences, but they may fly out at the warning track.

Is Overwatch the Right Game?

The league structure, the lucrative revenue deals, the clean logos and branding, all don’t matter if the game itself isn’t amazing. The largest risk Blizzard took in creating the OWL isn’t the regional franchises; it’s the lack of development of the esports community behind the game.

No doubt, there are a ton of Overwatch fans. But the OWL wants to attract the mainstream sports audience. That’s why they aired the finals on ESPN – to abysmal ratings – and why they pushed for regional franchises. League of Legends took a couple years before Riot even hosted their first official tournament. Franchised leagues are just happening in the last couple of years, nine years after the game was released.

Overwatch was released on May 24th, 2016 and the OWL began just a year and a half later in February of 2017. The Overwatch League was being designed alongside the game, not as a supplement to grow a community-driven tournament scene.

Ultimately, the main problem with Overwatch is that the action is hectic and confusing to the casual viewer. The camera angles need work, something that surely would improve if the game had been out long before the league began. It took CS:GO many years to really start producing seamlessly clean broadcasts and that game has a lot fewer moving parts.

Both Blizzard and Riot haven’t been shy about their desires to make their flagship esports leagues into multi-generational sports. Both have different approaches and Blizzard is banking on the regional franchises to carry the fandom.

They could come out the other side looking like geniuses with Scrooge McDuck amounts of wealth, or the logistic and gameplay problems could crumble the league. Only time will tell, but the esports industry will absolutely be watching closely.

Other Overwatch
Share
Mitch Reames
Mitch comes from a background in sports broadcasting at the University of Oregon, while there he competed for the U of O Hearthstone team and saw the potential for content at the crossover of sports and esports. In addition to Hotspawn, Mitch writes for SportTechie and the National Football Post. Follow him on Twitter @Mitch_Reames.
Follow me