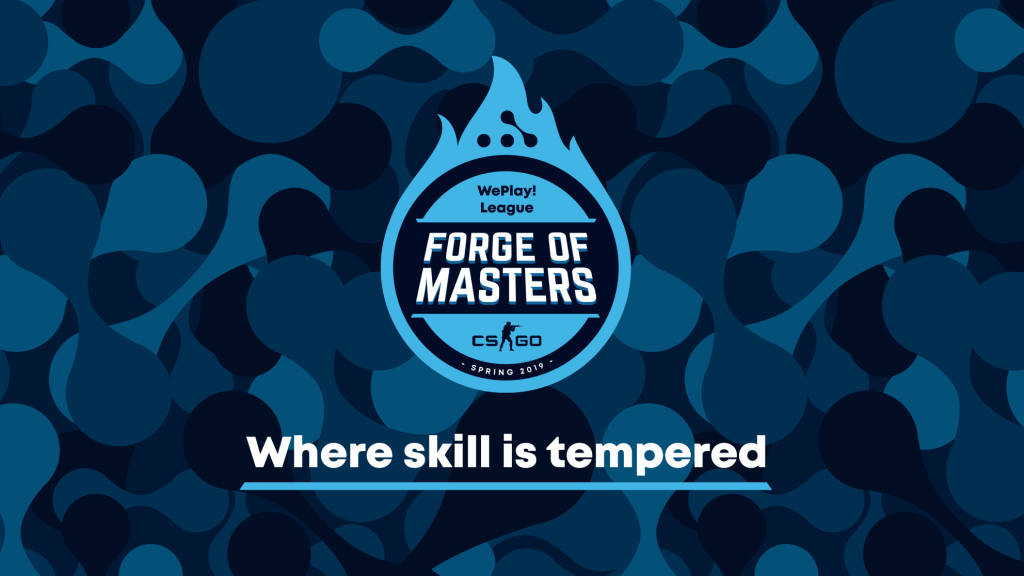 Forge of Masters will feature 12 teams from the CIS Region and 12 from EU.

WePlay announce their new season of the Forge of Masters CS:GO League. The new season plays throughout fall 2019, with a $100,000 USD prize pool and a local final in the WePlay! esports arena in Kyiv.

The tournament is scheduled to begin on September 14 with the grand final will take place on November 17. Unlike the previous season, the tournament will now be open to all of Europe, and not just the CIS region.

This is to provide more opportunities for tier two and three teams to improve and get valuable experience in an online and LAN setting.

The second season will feature 24 teams, 12 from the CIS region and the remaining 12 from Europe. Teams can earn their way into the season by competing in open qualifiers in September. This will then lead to a group stage system the following month. The system will be run online in three stages, with each system using single elimination.

The 24 teams will be split into six groups containing four teams in the first stage. Three of the groups will host European teams, whilst the other three will host CIS teams. The teams that come first in each group will then advance to the LAN final. Teams that finish second will advance to the third stage of the tournament, whilst the 3rd place team of each group will go to the second stage.

Once when every stage has concluded, we will know the 8 teams attending the LAN finals. The final will use a GSL system with two groups with four teams in each with single elimination playoffs.

The total prize pool of the second season of Forge of Masters WePlay League will be $100,000 USD, that will be distributed based on the top 8 teams.

The tournament will be a great opportunity for both tier two and three EU and CIS teams. This will give both regions the opportunity to face off against new opponents which will diversify their competition. In addition, this will be a great place for young superstars to be potentially scouted by bigger teams.