Wadid: “Feels good to be enjoying League of Legends again” 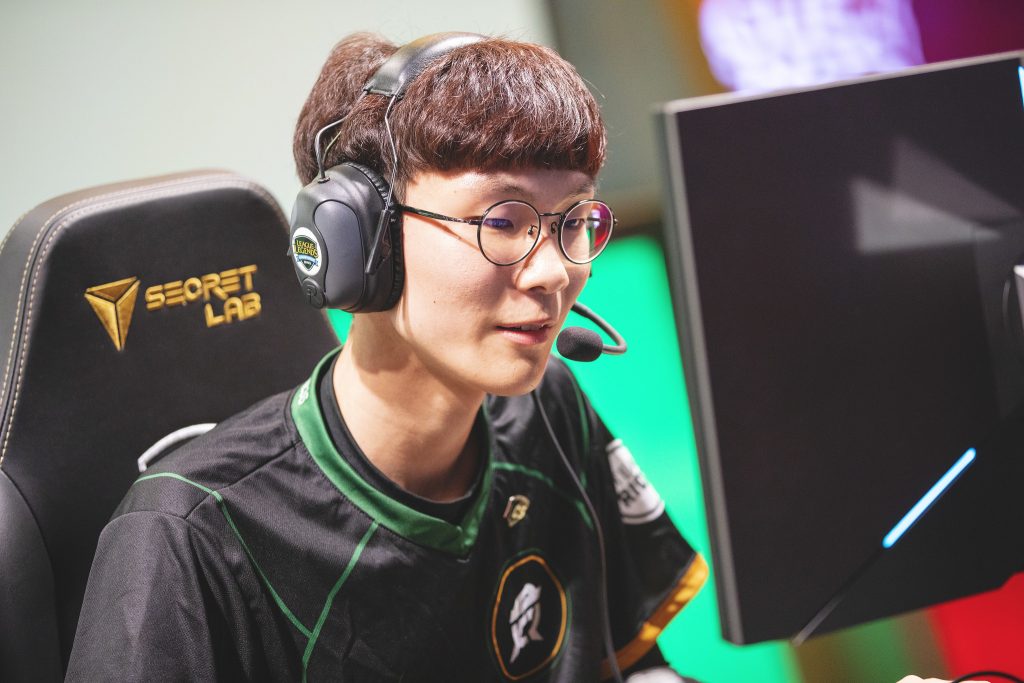 Wadid is back to “enjoying League of Legends again” thanks to FlyQuest’s backroom positivity. (Photo by Colin Young-Wolff/Riot Games)

Bae-in “Wadid” Kim could not have joined FlyQuest at a worse time in the organization’s history. Currently 1-7 in the League of Legends Championship Series, and firmly locked at the bottom of the table, the squad has struggled to find any semblance of past performances.

Then again, Wadid is a support that has played at the highest level of the game.

The Korean import had a major role in one of the biggest moments of competitive League of Legends, when G2 Esports ousted China’s titanic champions Royal Never Give Up at the 2018 World Championship.

After leaving G2 at the start of the year, Wadid found himself wallowing in the lower reaches of Europe’s Championship Series. According to the Korean star, a “drastic change” was needed. Maybe, just maybe, Wadid and FlyQuest have found each other at the right time.

For FlyQuest, bringing in a dominant support to partner with veteran bot laner Jason “Wildturtle” Tran may be the shift the team needs to snap their downward slide.

There was nothing inherently wrong with Juan “JayJ” Guibert, and what he brought to the team, but something had to give.

For Wadid, the arrival in North America brought with it a lot of nerves. As soon as he met his new teammates and the backroom staff, the nerves just washed away.

“I haven’t been here for that long, but so far I am really enjoying it,” Wadid said of his new situation with tenth-placed FlyQuest. “Last split in the LEC as a role-player I felt like I was lost, and that I needed something to change.

“Rogue and I just weren’t in the same place for a lot of things, so we started to look for a trade together. The first option that came up was actually FlyQuest, and I thought that their team looked really good and that they had good players for me to join.”

Wadid struggled to settle into life with Rogue after leaving G2 Esports at the start of the year. Image via Riot Games.

So far Wadid hasn’t regretted his decision at all, despite the team collecting just one win since his arrival. With enigmatic personalities like Wildturtle, as well solo laners Omran “V1per” Shoura and Eugene “Pobelter” Park, Wadid felt right at home.

“It’s easier than ever before for me to settle in here with FlyQuest, before when I made the shift from G2 at the end of the year to Rogue it was kind of random, and not a situation that I wanted to be in, in the end,” the Korean import said.

“I’ve been having so much fun with the team, and it’s just so enjoyable. Even with everything that’s been going on [results-wise], no one has tilted at all. Everyone just seems so motivated and experienced. It’s not been the best start, but we know that things will get better.”

The organization certainly started off with a mixed path in Summer. Defeats against Cloud9 and Golden Guardians weren’t exactly surprising, though FlyQuest had defeated GGS in playoffs just last Spring and were potentially favorites in that matchup.

An 0-2 week a fortnight later was punctuated with a 13-6 defeat against Clutch Gaming—a team many were tipping to be battling to avoid the wooden spoon in Summer. The only good news for the squad was that Wadid’s visa wait had finally come to an end. He was set to play.

Two more defeats awaited the team as Wadid made his LCS debut on back-to-back Tahm Kench games. The squad faced Counter Logic Gaming and 100 Thieves, and while FlyQuest lasted 30 and 42 minutes respectively, both dragged into another 0-2 round.

Despite those results, Wadid said he’s glad that he’s finally been able to get on stage with his future duo partner Wildturtle. The former Rogue leader played alongside Petter “Hjarnan” Freyschuss for two years. Now he’s already building the same bond with Wildturtle.

Wadid finally started in the LCS after a three-week wait for visa issues after his transfer. (Photo by Colin Young-Wolff/Riot Games)

“I expected him to be great, but he’s even better than I expected really,” Wadid said. “He’s a veteran player with a lot of experience, plus his personality is so easy to work with.

“Part of the reason I accepted the transfer was that I saw a lot of the same things in him as when I had played alongside Hjarnan. He’s even better than I expected, in a lot of ways. He’s so easy to work with.

“I’ve been duoing with Turtle every day, and it’s really funny, even though NA solo-queue for me is not good solo-queue if you want to improve your skills at the game. It feels good to be enjoying League of Legends with my partner again.

“With the team, I don’t have to focus on small stuff anymore, because everyone knows how to play at a high level, and I can just focus on myself which feels great. With Wildturtle, and the team, I feel like I can achieve something again.”

Achievement is something that drives Wadid. After falling just a single best-of-five series short of the 2018 World Championship final, the former G2 star says he often thinks back on what might have been if his team had made it to the decider.

In an even more bittersweet blow, Wadid had to watch from tenth-placed Rogue as G2 restored Europe to her former glory at the Mid-Season Invitational. Just six months after coming so close to international success, Wadid had missed the glory.

“I’m not going to say that I’m just disappointed completely, it’s so good to see that my friends are starting to get some trophies,” Wadid said.

“The other side of that, however, is that seeing them winning a trophy without me makes me feel like I have to prove that I’m actually a good player. That’s my focus now, to work on that. I’m here in NA to prove that I can still make teams better for my being part of them.”

And now, finally, Wadid has locked down the starting role at FlyQuest, but will it stay permanent for the imported star, or will JayJ push back for his spot?

“It’s hard to say just yet what the situation will end up being, there are always things that we can’t talk about in regards to all of that, but we’re definitely going to be fighting for the spot,” Wadid explained. “We’ll just have to see where that goes.”