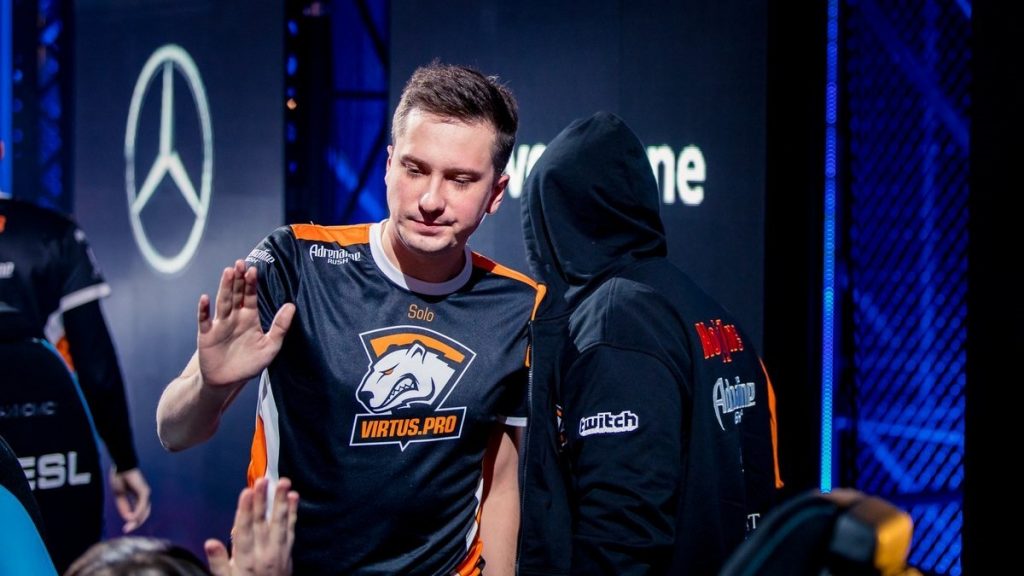 Virtus.Pro slide past HellRaisers in what seemed like a simple series. (Photo courtesy Virtus.Pro)

Sporting 16 teams and the vast majority of the overall prize pool for the ESL One LA Online leagues, the European/CIS regional matches kicked off on April 4th. Group A with a mix of top tier teams and some rising hopefuls. Be sure to read up on the first two series to get a full picture of how day one played out.

After breaking up their infamous roster following a disappointing finish at TI9 Virtus.Pro have had a bit of a revolving door for many of their positions. There have been some clutch moments of success for the team but consistency has been lacking. Coming into group stage play, VP have replaced their standin carry Cooman with iLTW, a promising young player who played briefly for OG in 2019 and more recently with Team Spirit.

With all the roster shuffling VP has been doing it was not so surprising to see them fall flat in game one against a HellRaisers team with some strong talent of their own. Anchored by former VP support RodJER, ex-Empire Miposhka and the Moonlord himself Funn1k, HellRaisers jumped out to an early lead. Picking up a last pick Huskar for midlaner ksani gave Virtus.Pro an abysmal laning set up that HellRaisers quickly punished. After losing the Huskar once in the laning stage, HellRaisers didn’t lose another hero until 21 minutes into the game. By then the lead was insurmountable and the Gs came out to give HellRaisers a 1-0 lead.

Virtus.Pro appears to be a team that needs a little motivation and getting stomped in game one woke them up. Game two was a much different story as VP banned out many of the cheesy last picks and mixed strong meta heroes with some comfort picks like the No[O]ne Sniper. VP outmaneuvered HR’s minus armor strategy, skillfully protecting the Sniper and landing several strong ultimate combos with Grimstroke and Lich. Despite a beautiful Smoke play by HellRaisers to stall VP’s momentum, Solo and crew ground their way back to an insurmountable lead and closed the game at just over 37 minutes.

Riding the momentum into game three, the Virtus.Pro boys seemed to be growing in comfort. Drafting again to avoid the last pick trump heroes, VP simply outplayed HellRaisers across all three lanes. The big lead early allowed iLTW to showcase his farming skills thanks to a very fast Battlefury on his Troll Warlord. Though HellRaisers were able to kill No[O]ne’s mid Leshrac once early, it would prove to be the only core kill they would record all game. Resolut1on dominated his offlane matchup of Legion Commander versus Riki and the snowball was on. Needing farm on almost every hero, HellRaisers were helpless to disrupt VP’s pressure and they tapped out in just 22 minutes to give Virtus.Pro a 2-1 series win. 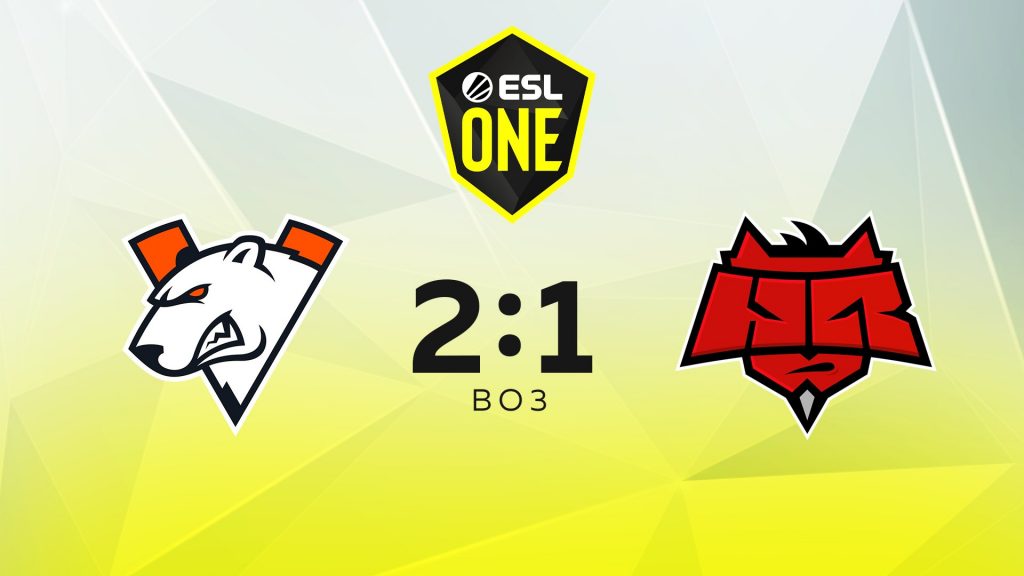 B8 vs. Cyber Legacy

B8 kicked off play for ESL One LA Online against Cyber Legacy, formerly jfshfh178. Led by Dendi, the results have been about as expected for a group of players still looking for their first big break. The B8 team that showed up in game one instantly excited Dendi fans around the globe. After going about even in the lanes, B8’s position four Mirana landed several big arrows in a row which lead to important kills. The well-times skill shots bought enough time for the newest member of B8, pub-star Xcalibur, to take over the game on his signature Morphling. Ending in less than 20 minutes, game one made it look like great things were to come from Dendi and company. It would later be revealed that Cyber Legacy apparently missclicked their support heroes and led to several problems in their game plan.

Game two was about as polar opposite from game one as you can get for B8. All three lanes proved to be utter disasters for B8 while Cyber Legacy showed why Mirana is quickly becoming a meta hero again to deal with Phoenix. The B8 lineup once again centered around Xcalibur’s Morphling but quickly ran out of space. Dendi’s once tanky Dragon Knight was repeatedly chopped down to size by the early Silver Edge purchase from Cyber Legacy’s Wraith King. Cyber Legacy swarmed over the Radiant side of the map, stifling any chance for B8 to find enough farm to build their way back into the game. Pikachu and Palantimos brazenly took to the frontlines with little threat and punished B8’s under farmed heroes until they called, “GG.”

Game three proved to be more like episode two of game two as Cyber Legacy once again nearly led from start to finish. B8’s lanes crumbled quickly and Palantimos enjoyed free farm on his Wraith King for the second straight contest. A last pick Pugna from Dendi seemed to almost be baited by Cyber Legacy and the captain found himself sinking with his ship.

The 2-1 series win by Cyber Legacy gives them necessary momentum heading into a brutal schedule over the next three day as they face Nigma, Virtus.Pro and OG. B8 continue to look for their identity and will have to learn in a trial by fire as they face off against OG on day two. 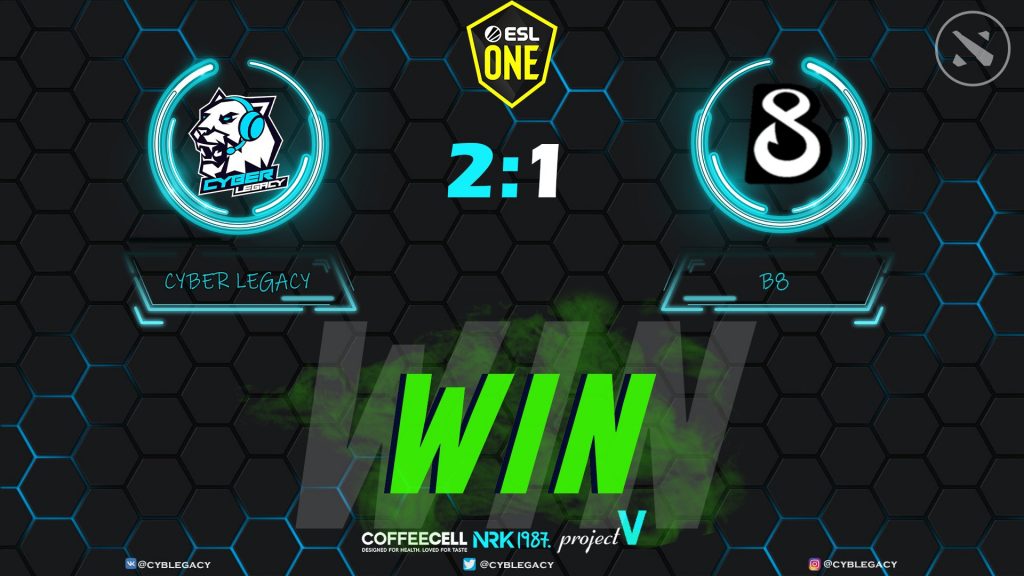