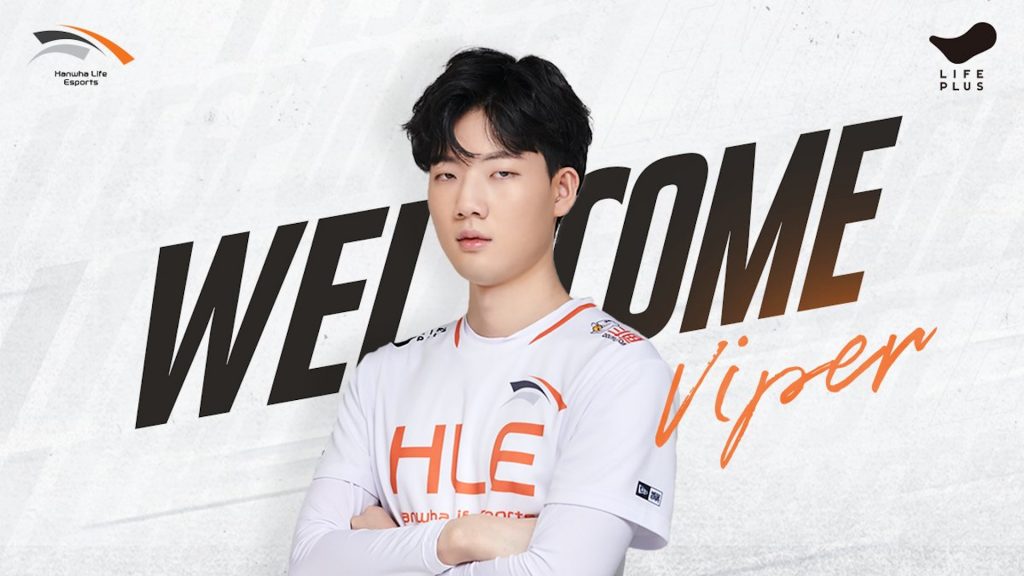 Hanwha Life Esports has officially announced the signing of Park “Viper” Do-hyeon to the roster. This comes after Griffin released most of their roster after their recent relegation from the LCK. Viper will now share the ADC role on the team alongside Oh “Vsta” Hyo-seong.

Viper joins the HLE roster after the Griffin roster was relegated from the LCK after a disastrous LCK Spring Split 2020. The organization was plagued with administrative issues. Clearly this had a significant impact on the very recent World’s 2019 quarterfinalists.

Viper enters a new adventure in his career as he has only ever played with Griffin. He has been in the Griffin line-up since 2017 and has only ever been with these team in professional play. His move to HLE is a new leg in his career. Although there are some familiar faces in the team.

Son “Lehends” Si-woo will now reunite with Viper after a brief breakup in the bot lane. Before the Spring Split,  Lehends left Griffin for HLE on December 2nd in preparation for the new LCK Season. The roster is building on a great synergy, one that saw Griffin qualify for Worlds 2019.

The HLE roster is looking much stronger with this singing. As it stands, Vsta and Viper are sharing the role. However, it would not be too surprising to see him start the Summer Split. Viper is one of the best ADC players in the entire LCK league. Vsta’s rookie season was not the best stat-wise. No doubt Vsta will learn a lot from having the well-refined Viper on the team.

This roster move comes a day after Griffin’s official announcement on May 17th. This will likely be the first of many roster changes in the LCK. No doubt LCK teams will look for quick upgrades as great players find ways back into the LCK.