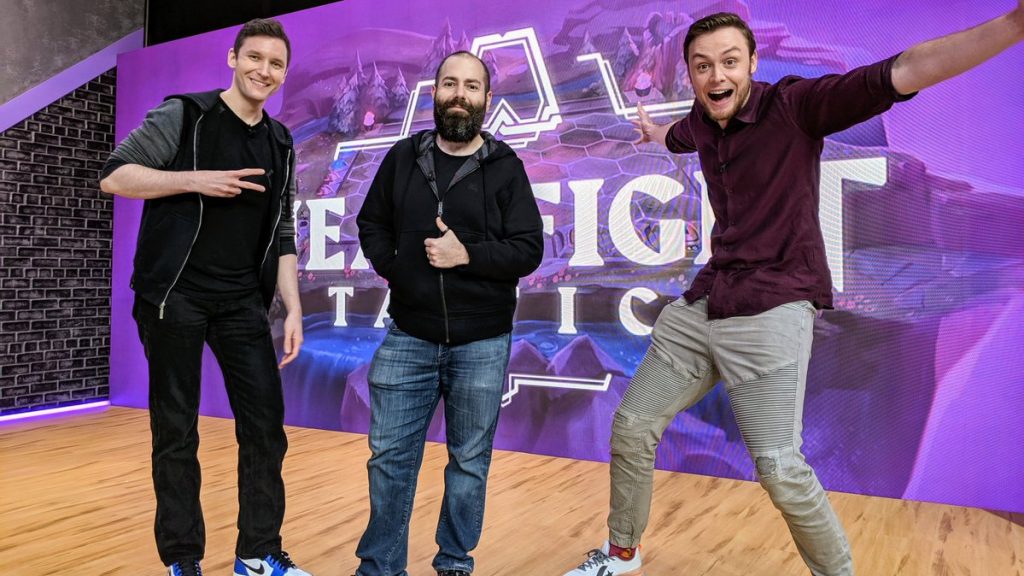 July 17 saw the debut of the Twitch Rivals Teamfight Tactics (TFT) Showdown, the first officially endorsed tournament for Riot Games’ autobattler, featuring some of the game’s premier players and streamers from around the world.

Offering a massive $125,000 prize pool USD, 64 participants competed in eight lobbies, in the morning (9 am PT) and afternoon (1:45 pm PT) groups. With the amount spread across each match, even last place in each game took home a respectable $200. After today, the top eight players in each group after five rounds of games advance to the second day of the tournament.

Interestingly, the Twitch Rivals event was played on a brand new patch, which brought a plethora of changes to the game. These included nerfs to Gunslingers and Pirates, bolstered damage to Guinsoo’s Rageblade, and an attack speed revert for Recurve Bow. As the patch hit, a large number of bugs appeared in TFT’s sister game League of Legends, even causing Ranked to be disabled. Some jokingly speculated this was Riot’s plan from the beginning.

Riot broke league on this patch as a marketing ploy for the launch of TFT ranked. I see you. Genius moves.

As the event started, it was clear Twitch and Riot had put substantial effort into creating a high production-value tournament to live up to the TFT community’s expectations. The event was hosted throughout by Caleb “WavePunk” Simmons, joined by the knowledgeable cast of Nathan “ThatsAdmirable” Zamora and Adrian “Zirene” Moon in the morning, and by Mark “MarkZ” Zimmerman and Sam “Kobe” Hartman-Kenzler in the afternoon. This was an incredibly approachable broadcast, which took time to explain the mechanics and unique features of TFT, while also catering to higher level players.

As the action kicked off, we were treated to a plethora of familiar faces such as Imane “Pokimane” Anys, William “Scarra” Lee, Rumay “itshafu” Wang, Janne “Savjz” Mikkonen and many more. TFT has attracted personalities from a huge variety of other genres, and the tournament was a who’s who of old-school League of Legends, Dota 2, Hearthstone and Magic the Gathering pros.

Over the past few months, we’ve started to get a handle on which players are going to be big names in TFT. And so when the groups were announced, there was the potential of an imbalance in talent, with the likes of David “Dog” Caero and Jeremy “Disguised Toast” Wang, locked in the afternoon “group of death.” Thankfully, last-minute changes moved some of the talent into the morning group. Although it may not have helped some viewer favorites, as Hafu, Pokimane, Sebastian “Forsen” Fors, Jonas “Spa4zie” Ring and Hammoudi “Yassou” Abed all found themselves eliminated.

Uthenera, superjj102, General_HS_, TidesOfTime, GN_GG, Wtcn, GoBGG, and Amaz all advanced to day two, having secured an impressive number of top-three finishes between them. One standout player was Superjj102, who just barely missed out on topping the group. Amaz also impressed, with his great mechanics, good transitions, and aggressive gold strategies narrowly grabbing a spot in the top 8. Even if his builds sometimes malfunctioned in heartbreaking ways, such as a Volibear trapped in the corner by his own Daisy.

Group B saw an increase in North American talent, as many of the region’s prominent streamers chose this time slot to enter the tournament. Even with Hafu and TidesOfTime moved over to the morning group, this was a stacked lineup. Besides Dog and Disguised Toast, this group also had Scarra, Danny “Shiphtur” Le, Marcus “Dyrus” Hill, Albert “BoxBox” Zheng and Michael “Imaqtpie” Santana, all popular streamers who’ve put significant time into the game.

So many of the matches in this group were incredibly close, a far cry from public lobbies, and even earlier in the day, where the winner would snowball quickly for the win. This final battle between Nick “LS” De Cesare and Brazilian Hearthstone streamer Ness was typical of the kind of finish in each lobby.

Right until the last match, there was no sure top eight, with some players, such as Lily “LilyPichu” Ki and LS eliminated right at the last hurdle. Finally though, after some tight games, the final eight was whittled down to Scarra, Dog, Reckful, JoshOG, ibaailVP, Becca, Ness, and nl_Kripp.

With day one in the books, the top 16 players from the original 64 advance to the next day, and a chance to qualifier for the winner-takes-all grand final game. The victor of that will walk away with $5000, on top of everything they’ve earned up to that point. So far, this inaugural official TFT tournament has been a fantastic showcase of the game’s potential as a competitive esport. It’s been action-packed right until the very last game, and both Twitch and Riot look poised to make this growing scene a hit.

Group standings at the end of day one below. The top eight from each group have qualified for day two.

Thanks to all of our streamers & our sponsor @SportClips. pic.twitter.com/AFKcKbETSF

Congrats to the Top 8 from Group B moving on to tomorrow's Teamfight Tactics Showdown Top 16! #TwitchRivals

Thanks to all our streamers & our sponsor @SportClips. pic.twitter.com/bke1RfEaSp