TI9 Standings on Day Three: Jockeying for the Upper Bracket 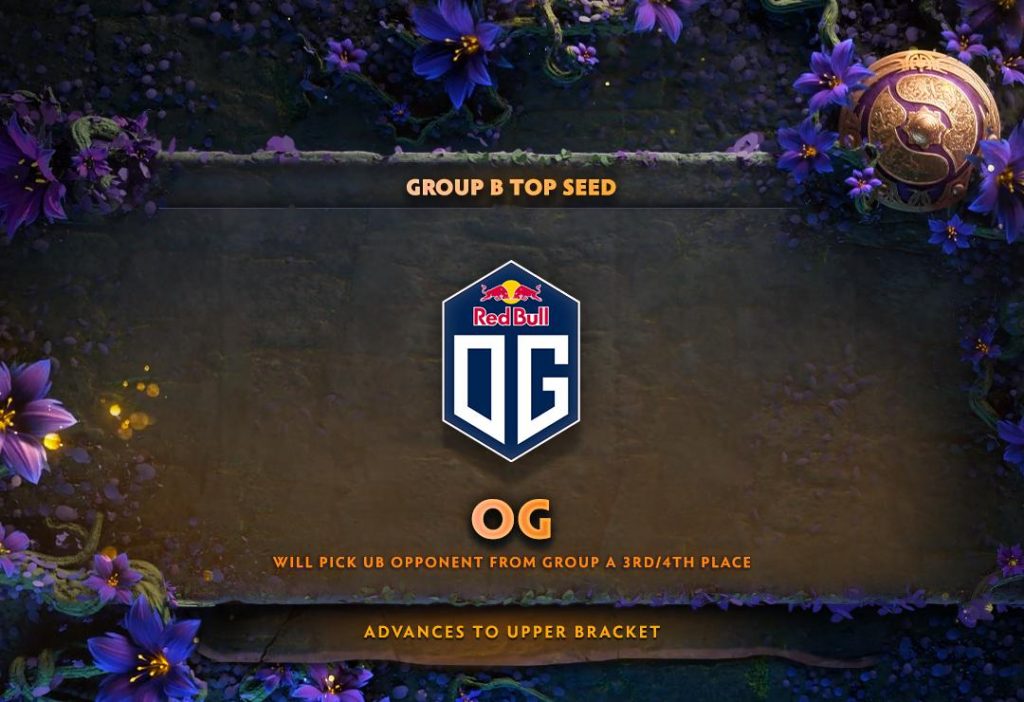 The TI9 standings for the group stage are nearly set; OG are the only team in Group B guaranteed a top spot, so far. (Image via @wykrhym / Twitter)

We’ve only got a single day of The International 2019 group stages left. With three days down, there’s only a handful (by comparison) of games left to watch. Day four of TI9 is do or die for two teams, and it’ll be the difference between elimination and top eight for others. Let’s talk about TI9 standings in the group stage, with only twelve series left to go!

There’ll be eight Group B series and four Group A series to wrap up the round-robin phase of TI9. Once those wrap up, any tiebreaker games will be played, to sort out the top four, mid four and bottom team in each group. Top four will advance to the upper bracket of the playoff, guaranteeing themselves top twelve. The mid four teams will head to the lower bracket where they face a single game to secure their future in the tournament or be eliminated. The bottom team in each group will be eliminated.

Two teams have already secured themselves a top-four position in Group A: Team Secret and PSG.LGD. Team Secret went undefeated until day three’s series, when they drew twice, once versus TNC Predator and once versus Mineski.

Chaos Esports Club are the first team to be eliminated from The International 2019. #TI9 pic.twitter.com/RWftyb4slT

Chaos Esports Club cannot climb out of last place, even with a win in their last series. For more on them, check out our coverage of day three.

The only team that has finished their games for the group is Keen Gaming. They sit in second-last place, with five points from two wins and a draw. They will take a spot in the lower bracket of the playoff.

Left competing for the two final upper bracket spots in Group A are Newbee, with eight points, Mineski, Alliance and TNC Predator with seven points, and Team Liquid with six.

There are a few opportunities for ties here. The Team Secret versus Chaos Esports Club match will have no bearing on the results, but each of the other three matches will matter.

Game to watch: Newbee versus Mineski

If Newbee take the win, they guarantee themselves a top-four place and increase the odds we’ll see tie-breakers between teams with eight points.

Group B have more series remaining to play out, eight compared to the four of Group A. OG, The International 2018 champions, have saved themselves a spot in the top bracket with 13 points. They’ve won six series and drawn only once.

The bottom spot hasn’t been finalized, but Ninjas in Pyjamas are very much at risk with only two points. Also in the mix are four teams at five points: Virtus.pro, Royal Never Give Up, Infamous and Fnatic.

Now, while those teams are all looking to make sure they cross the six-point mark— the most NiP can achieve—they also want to move up from the lower bracket spots into the upper bracket.  Vici Gaming with eight points, Natus Vincere with seven and Evil Geniuses with six are currently standing in the way.

We could see plenty of movement on the last day, so stay glued to the standings to see how things play out.

Games to watch: Virtus.pro versus Evil Geniuses and Royal Never Give Up versus Infamous

These four teams are all tied at five points, and the results of these matches will have a huge impact on how they stack up against each other when all is said and done.

There’s a lot on the line here. Teams in the top four of each group are guaranteed a top 12 finish, a difference of at least US$112,000. Not only that, but the first round of lower bracket is all best-of-one games, and no one wants to be stuck in those. Too much can go wrong in a single game. Imagine if OG had pulled that carry Io strat in a best-of-one elimination match? Phew!

Which result surprises you the most from day three of TI9? Let us know via Twitter or Facebook!