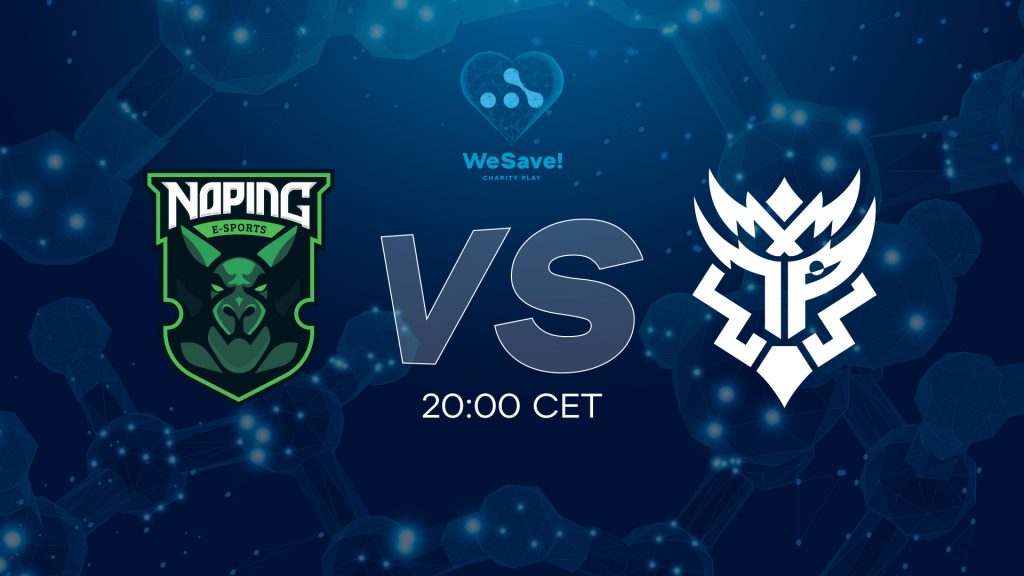 Chaos and constant fighting was the order of the day for the South American WeSave! finals. (Photo courtesy WePlay)

Thunder Predator have defeated NoPing e-sports in the South American finals of WeSave! Charity Play, becoming the final regional champion of the event. In a dramatic 3-0 sweep, the Peruvian team crushed their rivals in a chaotic series filled with plenty of team fights.

Both these teams have very much over-performed, or at least exceeded expectations in this event. Meeting in the finals, both were fighting for a chance to win $20,000 for charity. What’s more, for this thrilling final, we were joined by an all-star casting team, with Johan “N0tail” Sundstein and Sébastien “Ceb” Debs joining Gabriel “Lyrical” Cruz on the broadcast.

For game one, NoPing opted for something familiar from the recent Minor, with the Snapfire/Juggernaut combination. This bot-lane duo was instantly disruptive, grabbing an early lead for their team. But as Thunder Predator fought back, there was little this single strong lane could do, and eventually the game broke down to almost constant fighting over towers.

Seeing the fighting was getting them nowhere, NoPing and Thunder Predator started to trade tier two towers on the side lanes, while farming up for a more decisive fight. Even with the map split, and the teams fighting less, occasional skirmishes constantly broke out. Eventually one of these small fights lead to some dramatic barracks taking from Thunder Predator, cleaning up their opponent after a messy game.

With one game in the books Thunder Predator looked to capitalize with an Ember Spirit and Slark, while NoPing opted for the Riki/Sand King combo. As we entered the game though, it was revealed to be a position four Ember Spirit, and with this weak positional decision, No Ping were able to grab two quick kills in under 30 seconds.

But even with this early lead, things quickly devolved into another chaotic mess of fights all over the map, with Thunder Predator eventually coming out on top. After a catch top, the team took Roshan and attempted to consolidate their position, although NoPing still grabbed several kills. In a game that could have been ended multiple times by Thunder Predator, mistakes kept leading to the team being caught out and being unable to finish, and as a result it took just under 36 minutes for the team to seize the win.

Not wanting to to be 3-0’d, NoPing carefully drafted an intensely balanced composition with Medusa as the late game carry, and plenty of early game power to support her, including Thiago de Oliveira “Thiolicor” Cordeiro on Earthshaker. However, Thunder Predators Ember/Puck combo returned from the second game, and sought to disrupt anything NoPing wanted to do.

In game this manifested with Thunder Predator once again getting the better of the back-and-forth trades in the lane. As the game scaled into mid, Thunder Predator once again took the momentum by rotating quicker, seizing objectives, and preventing the Medusa other cores from farming. Eventually the team could push into high ground and secure themselves the win in a very convincing manner.

Thunder Predator definitely impressed in the series, but the chaotic nature of their victories may cast doubts on their true potential. This stack will have to play far more polished Dota if they hope to have success at future international events.

The final day of WeSave! Charity Play kicks off tomorrow on WePlay!’s Twitch channel, with the EU versus CIS Grand Final and 3v3 All-Star show match.