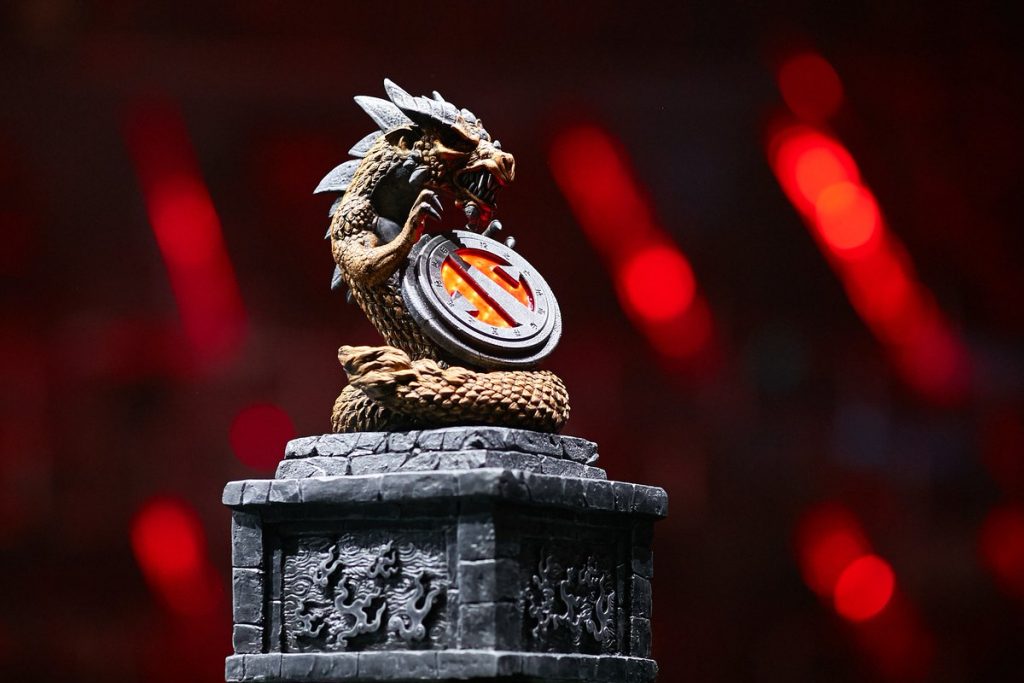 The Chongqing Major has concluded and the champions were crowned. It was an event full of incredible plays, unconventional drafts and a curse that can’t be broken.

The Chongqing Major has concluded and the champions were crowned. It was a Major full of incredible plays, unconventional drafts that weren’t always successful and a curse that just can’t be broken. In case you haven’t watched the Grand Finals yet, we do spoil who won later on in the article.

Out of the group the Group Stages emerged four teams that set themselves apart from the rest – Virtus.pro, PSG.LGD, Team Liquid, and Fnatic. They had the best records and demonstrated a keen understanding of the meta and how to outplay those who sought to abuse it. *cough Terrorblade* There was a lot of speculation as to whether Virtus.pro, the previous leaders of the DPC rankings, could continue their show of dominance and secure another Major win. Unbeknownst to the rest of the Main Stage participants, VP would be able to continue their dominance right up until the very end.

While some teams fell, other teams like Team Secret were able to climb the Upper Bracket and see success. Similarly, Virtus.pro had an easy climb to the Grand Finals not losing a match until they faced Team Secret.

The Curse That Remains

The Chongqing Major showed us that success is not defined by what is in the meta and that sometimes relying on the best heroes in the game can lead to a disaster. The Major also confirmed that some curses in Dota 2 will never be broken. Evil Geniuses had a rough start, falling out of the Upper Bracket to the eventual runners-up but they found success in the Lower Bracket by drafting good, but predictable, heroes.

Evil Geniuses heavily relied on heroes in the meta, especially Outworld Destroyer and Terrorblade, and weren’t met with too much resistance until the Lower Bracket Finals. If you know Arteezy’s curse, then you’ll know that EG lost to Team Secret to secure a safe 3rd place at the Chongqing Major. BuLba’s drafting strategy had become apparent to analysts and Team Secret easily predicted the heroes that EG would pick. EG lost the lanes in the early game and wasn’t able to pick up steam in the mid to late game in both Game 1 and Game 2. It was a solid win for Team Secret which sent them to the Grand Finals to face off against VP once again.

Team Secret had already faced and lost to VP just a day beforehand. It seemed they knew that in order to win, they would have to win early, win fast and win by picking the unsung heroes. Game One ended in just under 22 minutes with Team Secret with an impressive 20 to 9 score. VP lost or drew all the lanes in the early game and wasn’t able to gain an advantage over the Team Secret.

Game Two saw some tournament favorites like OD being drafted by Team Secret followed by a Luna and a last pick Drow which had all the fans screaming “DROW STRAT”. And boy, was it a Drow strat game. Team Secret won in 17 minutes and 2 seconds making it the fastest win of the tournament. Team Secret only had to win one more game to close the series and win their first DPC tournament of the season.

Virtus.pro was able to draft a creative, and somewhat unpredictable Game Three, as they left the meta heroes for Team Secret. Team Secret was only able to secure a bottom lane win and while they were able to secure the lead twice, each lead was quickly snatched away by unforgiving team fights. This left the series at with Team Secret ahead by one match.

With VP coming off of a solid win, many thought the dominant VP that we were all used to seeing would come back. Unfortunately, Team Secret’s rotations and good play calling lead to VP losing mid to MidOne’s OD and a 20k gold advantage by 20 minutes. With a final score of 30-11, Team Secret closed out Game Four in under 32 minutes, securing their first win of the DPC season. Their success did not rely on the conventional meta heroes and they had the most diverse hero pool at the tournament.

This victory means that Team Secret has qualified for the International 2019 which takes place in Shanghai this summer. They are the second team to qualify for TI after Virtus.pro who qualified after winning the Kuala Lumpur Major back in November.