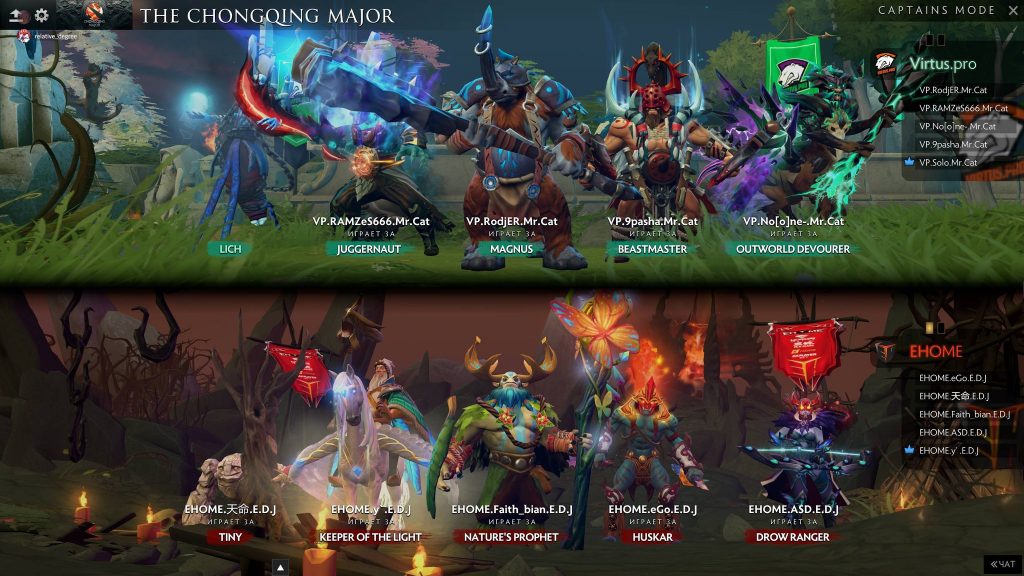 The Chongqing Group Stages have ended and with that, the teams set their eyes their stake of a million dollars and 15,000 DPC points.

The Chongqing Group Stages have ended and with that, the teams set their eyes their stake of a million dollars and 15,000 DPC points. The Group Stage saw many teams demonstrating why they made it through the Qualifiers like PSG.LGD and Virtus.Pro but it also saw teams like Alliance and J.Storm struggling to find their rhythm. The Group Stages saw some exceptional Dota and some unique counter-drafting but maybe we could cut down on how many times a team drafts Lich and Medusa- some hero diversity would be nice. Just saying.

Unsurprisingly, the DPC leader Virtus.Pro came out on top of the Group Stage with ease. VP was able to dominate the early game in most of the games and translated this lead into a formidable late-game. Their ability to capitalize on their diverse and seemingly endless hero pool meant that they were able to outdraft their opponent. There’s not too much to be said for these DPC leaders except that it’ll take a team that can outplay them in the early and mid-game to win against VP.

When it came to PSG.LGD, it came to no one’s surprise that the team would do well in the Group Stage. They have become one of the best teams in the China region and this was clearly demonstrated with the 2-0 standing in Group B. These TI8 finalists showcased why teamwork and respecting the current meta is key to winning. Without fail,  PSG.LGD was always responding and had an overwhelming map presence that secured them a win. PSG.LGD will be a team to look for moving forward and are prime contenders to win this Major.

Team Liquid was able to squeak through the Group Stages with a 2-0 in Group C even without their star mid-player Miracle-. The team started on the wrong foot with Shadow unable to find his confidence or rhythm with the rest of the team. While they eventually pulled out a win against The Pango, they quickly fell from being tournament favorites. They will need to regroup and focus on how to not just incorporate Shadow into the Team Liquid strategy but actually form a real strategy that involves Shadow. They face Team Secret in the Upper Bracket and they will need to figure out how to beat MidOne’s seemingly undefeated Kunkka.

Group D saw Fnatic emerge with a clean 2-0 score. Fnatic outplayed, outdrafted and outperformed their opponents in Group D. Like Team Liquid, Fnatic recognizes the power of utilizing current meta heroes – especially heroes like IO and Elder Titan. Fnatic should be set to continue on in the Upper Bracket as EHOME historically doesn’t do well against teams that are able to outdraft them.

It was really interesting to see how different regions focused on different aspects of the game and how these strategies fared in the Group Stage. The question is how will these strategies fair against one another. Will Fnatic continue to be able to outdraft teams? Can VP’s diverse hero pool outplay one of Dota 2’s best mid-players SumaiL? Will Alliance be able to pull out a win against the newly formed Chaos Esports Club? Make sure you tune in today to watch the beginning of the Playoffs for the Chongqing Major!