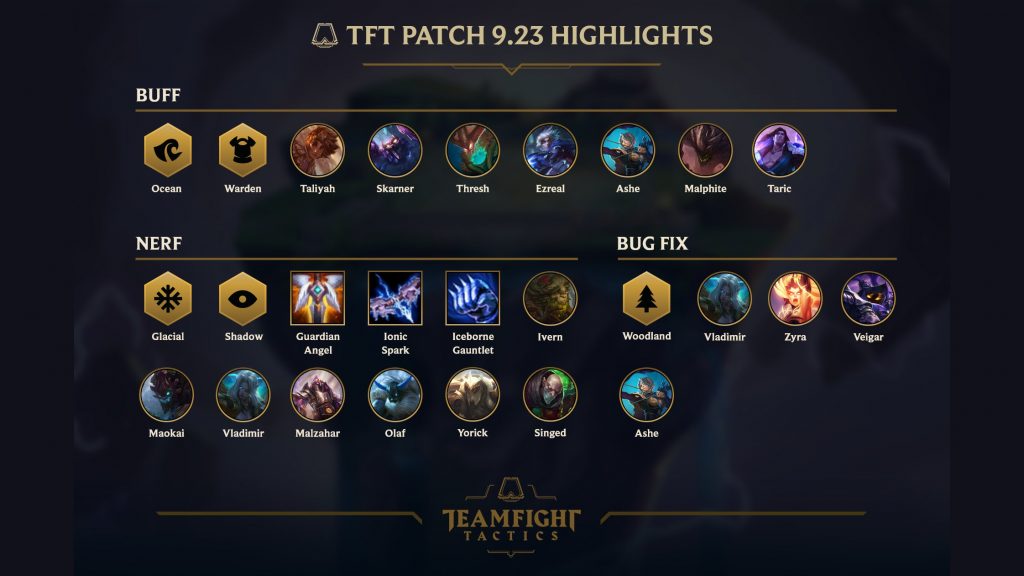 Patch 9.23 will bring plenty of changes to Teamfight Tactics, including a hard reset on rank (Image via TFT/Twitter)

Teamfight Tactics is set to receive a major update this week in the form of patch 9.23. The latest patch is going to include a hard reset to iron rank for all players, a soft reset of everyone’s MMR, and no LP loss for coming in fourth place.

With ranked returning in Patch 9.23, here's what to expect. @RiotMapleNectar shares the details in this Dev Corner post.https://t.co/Ls9Ja632DA pic.twitter.com/NG1lWu5zMf

With the introduction of set two, Rise of the Elements, almost all champions, origins, and classed featured in the beta were replaced with a fresh cast of characters to select from.

With this major change already introduced, the developers at Riot games felt a rank reset would provide the opportunity to create an “incredibly satisfying” experience of progressing through the ranks using the new champions. They also plan on providing a “fresh ranked experience” each time a new set is released, so this will most likely not be the last time a hard rank reset will occur.

MMR, or Match Making Rating, is the statistic that determines what players will be in your match of Teamfight Tactics. If you have a low MMR, you can expect to encounter players with a similar or slightly higher MMR to ensure gameplay is still fun and competitive.

A soft reset of MMR ensures that not all players will be set back to step one since that would mean iron level players could potentially be in the same lobby with challenger level players.

Riot also decided on a soft reset of MMR to “reflect the learning process we are all going through while maintaining the competitive nature of the queue.”

Players who had high MMR in set one can still expect to grind through the ranks quicker than players who previously had lower MMR.

No LP loss for placing Fourth

In set one, it was possible, but rare, for players to lose LP from placing fourth in matches, which is now confirmed to be completely removed. In a previous dev release, it was stated a fourth-place finish typically resulted in LP gain. “You’ll typically gain some LP if you finish 4th or higher and lose some LP if you finish 5th or lower, but spots in the middle will have fairly small changes for most games.”

There was a slight gray area in the wording that could allow for the loss of LP to occur with a fourth-place finish under certain circumstances, but to eliminate this confusion and negative experience, the latest patch will remove the possibility altogether.

Patch 9.23 will provide players the opportunity to grind through the ranks with new champions, origins, and classes, and ensure gameplay Is still competitive and fun with room to learn and explore the new mechanics.

Autobattler
Share
Jalen Lopez
Jalen has been destroying noobs for almost as long as he could read. When not working full time in marketing, Jalen is combining his passions of gaming and writing as an esports writer.