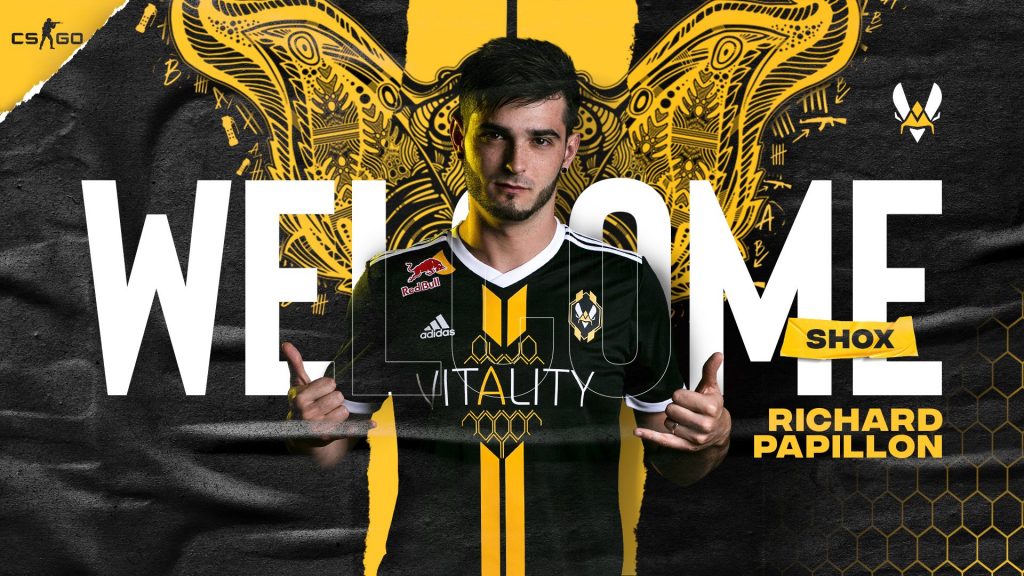 shox is headed to Team Vitality, ending the speculation about where the Frenchman would land (Photo via Team Vitality)

Early reports had linked shox to the possibility of joining Vitality following a fifth-eighth finish at the StarLadder Berlin Major, which saw one of the founding members, Nathan “NBK-” Schmitt, benched after the key tournament. Shox was reportedly in contention with Fabien “kioShiMa” Fiey – who is currently standing in for G2 at ESL New York 2019 – for the position with Vitality. The announcement of shox’s departure ends a three-and-a-half year residency with G2.

The move reunites shox with two former teammates – Cédric “RpK” Guipouy and Dan “apEX” Madesclaire. The three had attained a number of international victories with under various banners such as Titan and G2.

The organization had stated that adding shox in place of NBK- was based off a “positional, like-for-like basis”, which Vitality’s coach, Rémy “XTQZZZ” Quoniam, made the official call on. French-speaking Brit, Alex “ALEX” McMeekin, will remain the in-game leader of Vitality moving forward, while the added firepower of shox is hope to relieve pressure off the team’s star fragger Mathieu “ZywOo” Herbaut.

The French will debut with their newest lurker next week at at DreamHack Masters Malmö, which kicks off October 1-6; additionally, Team Vitality will head into its first ESL Pro League season over the next two months. All things considered, the new squad will have some intense, practical in-game experience to settle themselves in, with a much larger and underscored competition at IEM Beijing November 7-10 on the horizon.

With the addition of shox, Vitality’s roster is as follows: