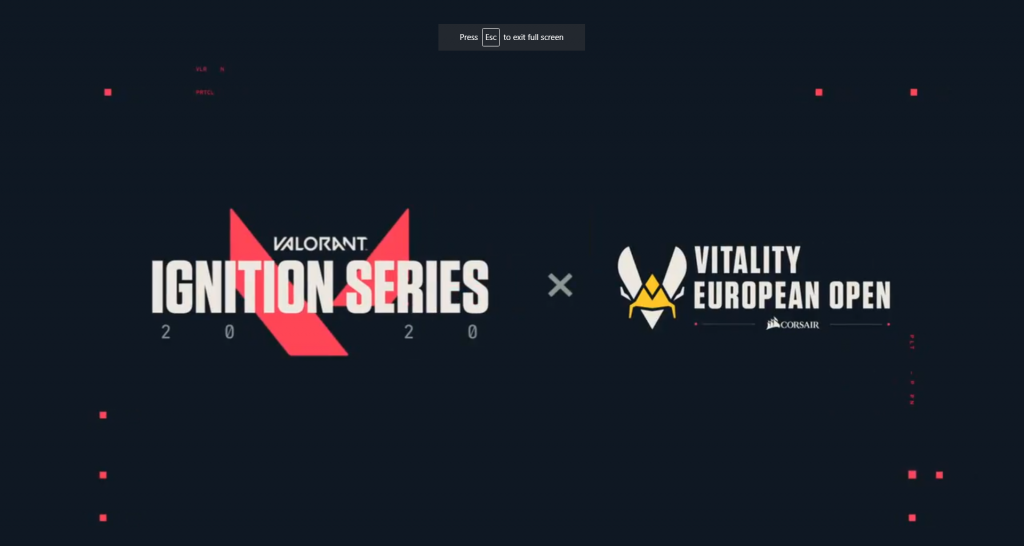 The tournament will be the third competition in Riot's VALORANT IGNITION Series. (Photo courtesy Vitality)

Team Vitality announced on Thursday that they will be hosting the VALORANT Vitality European Open sponsored by Corsair. The tournament is scheduled for July 5th – July 13th and will be Vitality’s first foray into organizing a VALORANT competition.

We're beyond excited to announce our 1st VALORANT competitive tournament, the Vitality European Open powered by @Corsair, part of the Ignition Series 🥳

Everyone is welcome, only your gameplay will lead you to the title 💪 #VitalityEUOpen

Fabien “Neo” Devide, President of Team Vitality, stated in a press release: “Ever since VALORANT was revealed, it was very obvious that it was going to shake up the competitive ecosystem. At Team Vitality we are really excited to host the Vitality European Open and provide a stage for the emergence of some top-class talent. We have big plans in VALORANT and we look forward to seeing some fantastic players emerge.”

Vitality will host a total of 128 teams initially. Those teams will compete in eight different single elimination qualification tournaments to determine the top eight teams. The top team from each qualifier will advance to one of the two round robin groups. Teams will then compete against the teams in their round robin groups, with the top two ranked teams from each group advancing into the playoff bracket. Finally, the top four teams will face off in a double elimination playoff bracket which will culminate in a Grand Final match to determine the Vitality European Open champion.

The round robin tournament and the final playoff bracket will be streamed on Vitality’s Twitch channel from July 10th-12th.