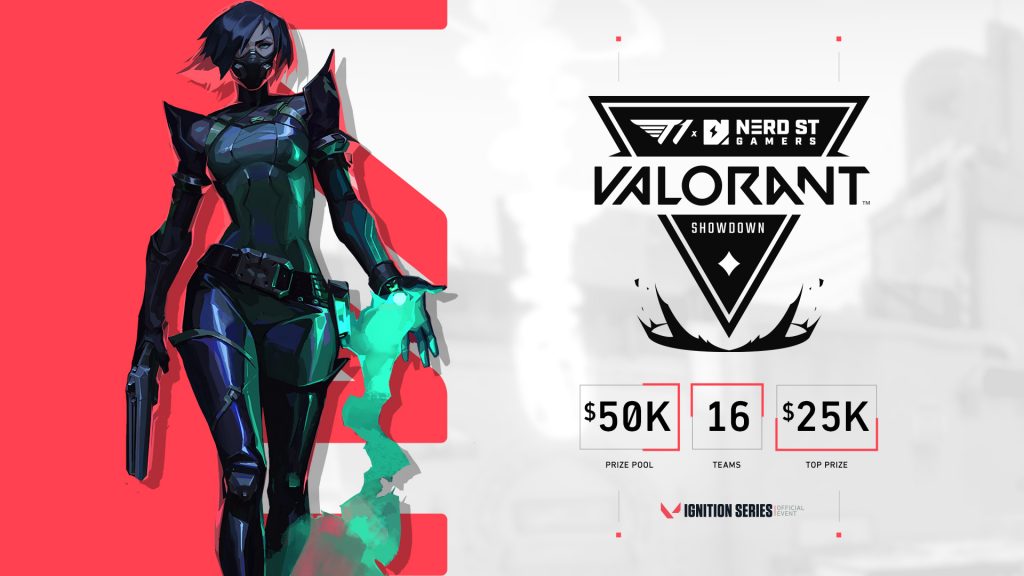 The T1 x NSG Showdown will be the first installation of the Ignition Series in North America. (Photo courtesy T1)

T1 and Nerd Street Gamers have partnered to host Riot’s first North American VALORANT Ignition Series event. Riot announced the Ignition Series just a few days prior, and have already planned the G2 Invitational in Europe and the RAGE Invitational in Japan. However, the T1 x NSG Showdown will blow those two out of the water in terms of size and prize pool.

The T1 x NSG Showdown will take place from June 26th to 28th. A total of 16 teams will be competing for a $50,000 prize pool, the largest of any North American VALORANT tournament so far. Of those 16, 12 will be invited while four will qualify through two open play-in events on June 20th and 21st. Both household names and the next generation of hopefuls will be competing for glory.

“In addition to T1’s VALORANT team, we’ve invited some of the biggest names in gaming to battle it out for the record-breaking $50K prize pool in North America and look forward to sharing some exciting programming elements as we get closer to the event,” said Joe Marsh, CEO of T1.

The T1 x NSG Showdown will be a big step forward for VALORANT’s esports scene. Riot have stated their plans to build a scene for the game from the ground up. Hopefully the Ignition Series will bring stability and growth to the young game.