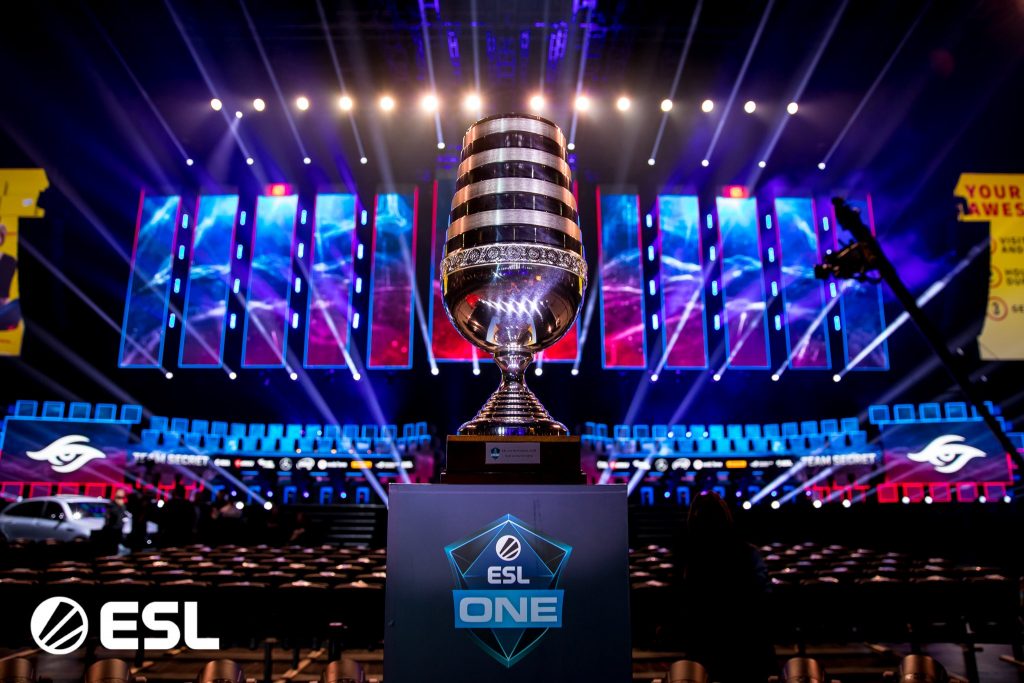 Team Secret are looking very strong right now. With an impressive lower bracket run, the European team made their way relentlessly through the competition at ESL One Birmingham 2019. Meeting Evil Geniuses in the grand final, Team Secret proved they have a (slightly) better understanding of how to win Dota 2. Or, at least, they do in the early days of Patch 7.22.

The win was worth $125,000 USD to Team Secret, a significant chunk of the $300,000 prize pool. While the tournament was not on the Dota 2 Pro Circuit, it did fall just after Patch 7.22 was released and provided valuable time to experiment in a competitive environment. The latter is doubly true for the teams that have yet to secure their invitations to The International 2019 and that will be competing in DPC events later this month.

ESL One Birmingham 2019 had a pretty epic grand final, requiring a full five games to settle the winner.

The first game went back-and-forth. It took 50 minutes for Team Secret to pull out the win. Game two saw Evil Geniuses out ahead early, and they finished the game off quickly, by comparison, in under 36 minutes.

Game three saw Leshrac lose finally, now in the hands of Evil Geniuses. The game had been quite even up until the 25-minute mark when Secret started to pull ahead.

For game four, Evil Geniuses took the Spectre and Storm Spirit that Team Secret had used earlier in the series, and Team Secret took their turn with Templar Assassin. Evil Geniuses had a solid start, with Sumail “SumaiL” Hassan particularly strong. Turns out he’s very good on Storm Spirit. The team had a 100% win probability according to Dota Plus before 30 minutes – Dota Plus was correct. EG took the game, tieing the series up at 2-2.

WHAT A COMEBACK FROM @teamsecret! They DESTROY @EvilGeniuses in a fight and take the mid barracks off the back of it!#ESLOne

The final game came down to Team Secret’s superior draft. After Team Secret were team wiped during a team fight that broke out at around the 20:30 mark, the squad never let Evil Geniuses get a grip back on the game. Secret were able to recover quickly after that disastrous fight. They picked off Gustav “s4” Magnusson on the Doom and then took Roshan. Evil Geniuses were unable to engage because the Warlock’s ultimate was on cooldown after the earlier fight. Team Secret’s Shadow Shaman’s Serpent Wards were able to help push objectives.

This grand final was a delight for fans who had the opportunity to see the teams’ adapt their strategies very much on the fly due to the recent patch.

This tournament was Team Secret’s sixth grand finals at ESL One, and they now hold the record for most ESL One titles at four. Captain Clement “Puppey” Ivanov took home the Mercedes-Benz MVP award. At previous ESL One events, Ludwig “zai” Wåhlberg and Yeik “MidOne“ Nai Zheng had won the award.

Puppey said in an interview with Jorien “Sheever” van der Heijden earlier in the event that Team Secret were focused on working for each of their wins rather than making any assumptions about how strong they are as a team right now. They will compete at the EPICENTER Major in two weeks, an event they can treat much like Birmingham 2019 because they don’t need the DPC points (having already secured their invitation to TI9).

Group B Was More Competitive

The top four teams came out of Birmingham 2019’s Group B.

Evil Geniuses, meanwhile, dominated their group in the group stage and then won just two upper bracket series to make their way to the grand finals. They had, in fact, beaten Team Secret during the group stage, going 2-0 on day one of the tournament.

The other top four teams were PSG.LGD and Gambit Esports in third and fourth, respectively.

Interestingly (and in line with our comments before the event), Group A had only six 2-0 series out of a total 15 in the group stage, while Group B had only two series that went 1-1; 13 of the Group B series were 2-0.

The talent at LAN tournaments always expresses gratitude to the audience. People showing up, spending money, and contributing to the overall hype of the event is important for obvious reasons. Birmingham this year (and last) feels just a little bit different. Maybe it’s because UK talent only have this single opportunity to share top tier competitive Dota 2 with their local community?

Esports fixture Paul “Redeye” Chaloner hosted the desk with the support of some popular commentators and analysts, including Ted “PyrionFlax” Forsyth who we last saw in January at the Bucharest Minor. PyrionFlax was a welcome inclusion in Birmingham. He’s a popular content creator and streamer who works only a few events each year.

The event also featured Kevin “Purge” Godec doing analysis on an interactive screen during the main event. This is always a popular segment; it breaks up the desk analysis with some visuals and a deep-dive explanation of key moments in the previous game.

ESL’s next major Dota 2 event will be ESL One Hamburg 2019 in October. Next up for fans will be the StarLadder Ukraine Minor, beginning June 12.