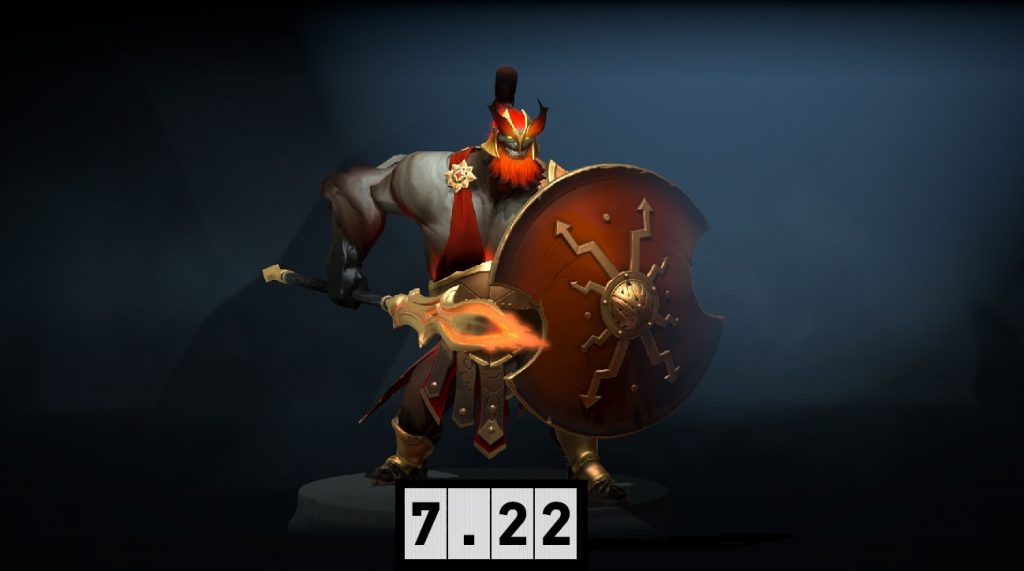 Mars heads to Captain's Mode due to Dota 2's Patch 7.22, along with the much-missed Io.

The most recent patch, Patch 7.22, to popular MOBA Dota 2 made several significant gameplay changes. This was an interesting patch. Heroes were buffed (mostly) while items were given slight nerfs, except for the Aghanim’s Scepter (AGHS), which is definitely the most obvious story of the patch. The map was also tweaked, as was Roshan. There were changes made to illusions and creeps, and to experience in various ways.  Let’s dig in!

The 7.22 Gameplay Update has been released https://t.co/7Hhaxdh03m

Patch 7.22 ensures every hero in the game has a Scepter Upgrade; this is a bonus that is unique to each hero, that is granted by having an AGHS in active inventory. The patch also introduced the Scepter Buff, which is a way to turn the Scepter from an item taking up inventory space to a permanent buff. While it means losing the stats bonuses, it does confer the Upgrade bonus. While the upgrade piece costs an additional 2,000 gold, Roshan now drops a Scepter shard which has the same function.

It’s difficult to say which of the hero upgrades is the most powerful. Certainly, there’s something to be said for situational usage. Many of the new or reworked upgrades are likely to be reined in a bit after we see some real-world application (both in professional games such as at ESL One Birmingham and in a larger sample of amateur games).

One fun upgrade to highlight is that Lycan’s upgrade means two wolves will spawn in a random lane when creeps spawn. They will move with the creeps and are not controllable, but are still considered Lycan’s units. Another upgrade to watch for is Tiny’s, which is a new channeling ability called Tree Volley. Quoting straight from the patch notes: “Every 0.4 seconds a random tree within 525 range of your hero will be thrown towards the targeted AoE. Deals 120% of your damage to enemies in that area.” The effect of this is some serious deforestation; you need to be sure to position Tiny in a well-forested area or have another hero feeding you trees by planting Iron Branches!

The inclusion of Io and Mars in Captain’s Mode in Patch 7.22 is excellent. Io, though one of the lowest selected heroes in amateur games, can be a devastating tool in professional games. The hero was removed from Captain’s Mode to be retooled at the end of January 2019. Whether or not Io has been well-balanced, the hero’s return is welcome. He’s a delight to watch in the hands of an extremely skilled player.

Mars, on the other hand, has a toolkit that combines some pieces from other heroes. How significant a presence he’ll have in professional games is a question mark. Certainly, he’s had an average presence in amateur games, with roughly an 11% pick rate according to Dotabuff this month.

If you’re relatively new to Dota 2, don’t sweat the small stuff. The numbers are incredibly important in top tier levels of play, but for the average player, it’s more important to figure out which heroes “feel good” to you, and experiment with item and skill builds to suit different game situations.

If you’re curious anyway, a basic breakdown of Patch 7.22 would be remiss in not noting the increase to the killstreak experience bounty, which now goes from 400-1800 instead of 200-1250 previously. There’s also been a tweak to the experience required for certain levels; levels 19+ will take an additional 100 xp, making it even more challenging for some of those hard supports to make it to their level 25 talents. The level five and six experience requirements have been reduced by 20 xp each. (We weren’t joking when we implied some of these changes are not really of concern to the average player).

Siege creeps, one of my personal favorite targets for domination/enchantment/conversion, are now immune to those three things. No longer can you march up to an enemy objective with a mini-army of siege creeps to quickly knock it over.

Towers also got buffed. The most visually interesting change for esports fans will be the effect wherein Tier 2 or higher towers will now have multishot when glyph has been activated, targetting up to an additional two targets. Priority will be on the closest units, so if you’re playing, be sure to get your hero farther away for safety reasons.

Dota 2 patches are almost always massive and complex. Patch 7 .22’s overall feel is amping up heroes’ innate strengths while tweaking the items they can use and the playing field itself. It contributes to that sense of building towards The International 2019.

Or maybe that’s just us.

Either way, the best way to learn a patch is, as always, to get out there and play it. Be sure to let us know on social media what your favorite new AGHS upgrade is.