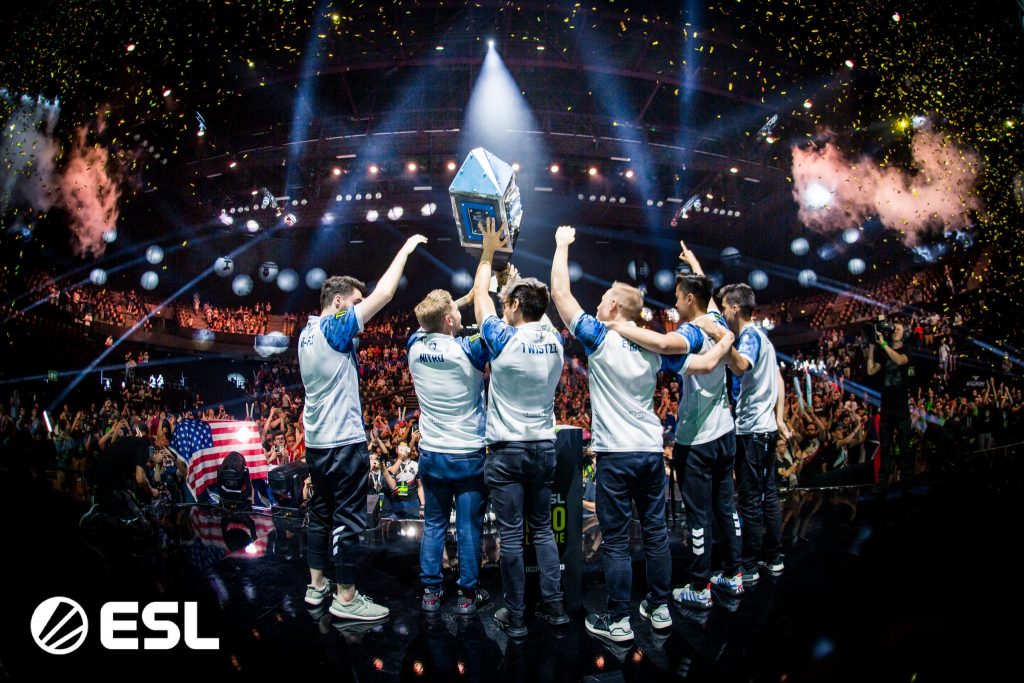 Team Liquid's CS:GO roster are the current Kings of the North. (Image via ESL)

Counter-Strike has largely been governed by European squadrons while other regions trail far behind their international competition, North America included. While NA has been able to produce flashes of aptitude and rare runs of consistency, it wasn’t until the last two years that the region began making its mark. Today, Team Liquid holds the #1 global rank, a first for NA Counter-Strike, ushering themselves in as the Kings of the North.

The rise of North American CS

Speaking more broadly on North American CS, there have been few teams able to truly make the leap to reliable contender at the premier level. Looking back at Global Offensive’s beginnings, there was, of course, the memorable roster of Quantic Gaming, later signed by Complexity. Comprised of household names such as Jordan “n0thing” Gilbert and Spencer “Hiko” Martin, the group would go on to place within the top four at CS:GO’s first Major—DreamHack Winter 2013.

A huge match for us takes place tomorrow in Montpellier, let's bring this same intensity and energy.

Thank you to everyone who has supported us so far, we will do our best to make you proud. 💪 pic.twitter.com/IbjVnA0Dl7

Then there was the infamous iBUYPOWER roster, which introduced Josh “steel” Nissan, Braxton “swag” Pierce and Tyler “Skadoodle” Latham. The unit was on the upswing, taking first at ESEA S15 and toppling the then renowned Team LDLC at the FACEIT S2 Finals. Unfortunately for iBUYPOWER and its roster, the group will likely always be remembered for its match-fixing scandal in 2014 which cut the career of this team short.

By 2018, Complexity and Cloud9 blossomed into respected names in Counter-Strike, pairing well against top European factions and at a minimum, producing enjoyable displays for viewers. At the time, Cloud9 would be NA’s biggest success story—trouncing FaZe Clan in unthinkable fashion on home soil at the ELEAGUE Boston Major at the start of 2018. Later that year, Complexity would reach prosperity of their own by reaching top eight at the FACEIT London Major for the first time in the organization’s history. Despite these two massive achievements and the expectations that followed them, both teams would go on to have somewhat whimsical futures.

Then, of course, there was Team Liquid.

Liquid’s presence in CS stretches back to 2015 when they announced they would enter the space with the lineup of Damian “daps” Steele, Keith “NAF” Markovic, Eric “adreN” Hoag, Nicholas “nitr0” Canella and Jacob “FugLy” Medina.

As the roster shuffled and time went on, Liquid very gradually grew in stature. Under nitr0’s command, the band secured both a top-four finish at the MLG Major as well as being runner-up to Brazillian rivals, SK Gaming, at ESL One: Cologne 2016. Although these showings and others throughout the following year at ESG Tour Mykonos and ESL One: New York were encouraging signs for Liquid, a series of mixed results that followed showed all too habitual inconsistency problems for the region.

Last season was an essential point in the team’s passage. It was the year Liquid became America’s team. Though, the very start of 2018 saw another hero hoist the US flag for Counter-Strike fans.

Cloud9’s Cinderella story at the aforementioned Boston Major is one of Counter-Strike and esports’ most distinguished chronicles—and because of it, C9 was regarded as the be-all-end-all for North American CS. Less than a month later, Liquid would stun Cloud9 in the cs_summit 2 Finals and assert that they were the ones able to carry the baton in the region.

The rest of the year saw Liquid routinely placing high at LAN events,  reaching seven Grand Finals and surpassing Cloud9 in global rank and form. The brigade was beginning to gain some credibility among the upper percentile of teams—able to best the greatest and demonstrate strokes of genius.

Despite the team’s elevated condition, 2018 would primarily be remembered for the squad being perched upon the cusp of greatness—but nothing more. The team played bridesmaid to Danish juggernauts, Astralis, for the entirety of the year. With that, the unit had a very clear pattern of falling out in tournament finals—later dubbed the ‘Liquid choke.’ With a handful of opportunities at LAN title finishes and little-to-no silverware to show by the end of the season, it was thought that Liquid’s time possibly had come and gone.

The start of 2019 saw arguably one of the most high-profile trades of the season; Epitácio “TACO” de Melo and Wilton “zews” Prado in exchange for Jake “Stewie2K” Yip from MIBR.

In their first outing together, Liquid would finally vanquish Astralis in the Grand Finals of iBUYPOWER Masters IV; despite severe technical and production oversights watering down their victory, it was the turn of a new leaf for the NA troop.

Once a team that appeared passive in the wake of triumph on the grand stages, the addition of Stewie had finally helped unlock Liquid’s true potential. Boasting plenty of firepower and confidence to spread across the team, Stewie’s positive attitude and explosive gameplay seemed to be the missing link in the star-studded roster.

We are excited for ESL Pro League Finals next week!

The tournament in France will be our first test to defend the title of "Best Team in the World".

We can't wait to make you all proud.

“They needed an aggressive player that could be a little random and kind of a little reckless” Erik “da bears” Stromberg spoke to Stewie’s role within the team on an episode of The Reload Podcast. “When they need to have that push, that surge, that aggressiveness, he’s able to turn that switch and do it. That’s a very strong weapon to have on your team.”

Kings of the North

When IEM Sydney rolled around in May, it was a chance for Liquid to prove themselves once and for all on a big stage against top teams with the world watching. The event came after the group faced two dispiriting loses in the Grand Finals of BLAST Pro Series São Paulo and Miami—the turnout in Sydney would tell us a lot about Liquid’s future.

Besting Fnatic in a 3-2 scoreline, the squad would hoist the trophy at the conclusion of the tournament. It was a milestone moment for Liquid as the win drove them ahead of Astralis in global rank into the number one spot. That was a first for North American Counter-Strike and ended the Dane’s 400+ day streak as the leaders. The squad came out firing in the next two outings, placing second at cs_summit 4 and first at DreamHack Dallas Masters, trouncing countless heavyweights in the process.

GGs to Astralis, it was a series as classic as any other, but we keep our #ESLProLeagueS9 run alive, and return to take on mousesports tomorrow.

Thank you for your support, we'll continue to make you all proud.
🇨🇦🇺🇸💪 pic.twitter.com/I8cQlVTurm

It had been a while since Liquid had met Astralis on LAN, two months ago at BLAST Miami, to be exact. The show match would pit the two in the quarterfinals of ESL Pro League Season 9 where Liquid would surface as the victors in a best-of-three, further pointing towards a shift in status quo.

After going on to win Pro League, Liquid find themselves just one win away from the Intel Grand Slam prize—arguably the most prestigious award in modern Counter-Strike. And at this pace, the group is likely to achieve it. Seizing this trophy would not only be a massive feat for Liquid, it would be a pioneering breakthrough for North American CS as a whole.

Whether Liquid can attain this or carry on the fiery hot streak the team is on, one thing is for certain today—these players are the undisputed kings of the North.