Svenskeren: The Jungler Who Would Be MVP 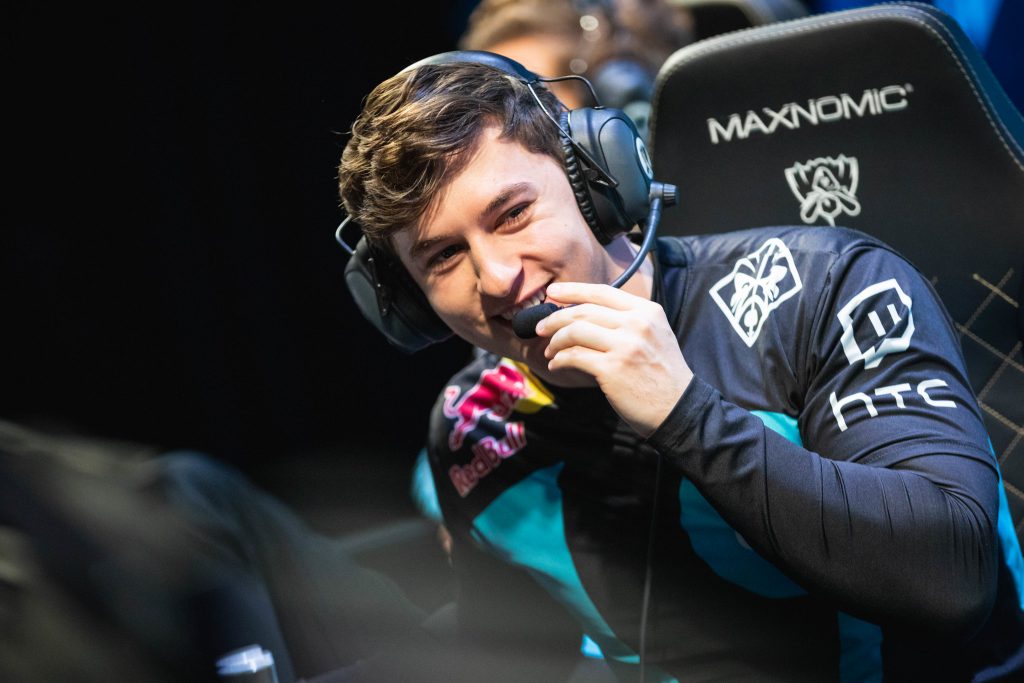 Dennis “Svenskeren” Johnsen has been the catalyst for C9’s dominant Summer split. Image via Riot Games.

2019 has been a stellar year for Dennis “Svenskeren” Johnsen. The Danish jungler has been on dominant teams before of course, most notably the Team SoloMid roster with which he claimed all three of his North American LCS titles. Last season even saw the European star climb all the way to the final four at the 2018 World Championship with Cloud9. Svenskeren shone in the 3-0 series against the LCK’s Afreeca Freecs in the quarterfinals. This year, he may have reached even higher heights in his League of Legends career. Were it not for world champion Jo “CoreJJ” Yong-in all but guiding Team Liquid to their third consecutive title, Svenskeren may already have a most valuable player title.

Now, in LCS 2019 Summer, Cloud9’s captivating playmaker is the frontrunner to be named the league’s best player. Svenskeren – ever the humble jungler – hopes that he can at least be included in the conversation as the end of the season looms.

“To me it’s not that big of a deal to be rated highly. I guess it also comes down to, compared to a lot of NA junglers I think there’s not too many good ones, it’s basically me, Akaadian, and Xmithie. I feel like they’re the hardest ones to go up against.

“As a team we’re just playing pretty well, and it fits pretty well with my jungle style. I don’t really think I’ve changed my playstyle too much from last split, and I was doing well too.”

If Svenskeren believes he’s upgraded from his Spring performance, then that only bodes well for C9 as they look to return to Worlds. The Dane was one of the best players to grace the Rift last season, and he’s already stepping beyond that in Summer.

A strong Spring split has rolled into a world-class Summer campaign for Svenskeren. Image via Riot Games.

Last split, he played 16 times in the regular season. He clocked up a 3.5 KDA off the back of 44 kills, 42 deaths and 112 assists. This time around he’s already up to 31 kills in just eleven games and has averaged nearly an assist more per outing to earn a 4.3 KDA.

What’s more, he’s already maintaining a higher kill participation on average in every game, and doing all this on a Longsword-worth of gold share less than his performances in Spring.

“I’m not sure if the region got weaker, or we as a team got stronger,” Svenskeren said of his soaring Summer stat lines.

One boost for the European jungler could be the developing relationship with Cloud9’s newest solo laner in Yasin “Nisqy” Dinçer. The Belgian import was settling into the LCS in Spring, and Svenskeren believes he’s found his “click” moment this split.

“My synergy with Nisqy has developed a lot more compared to last split, where we kind of played well as a duo [in Spring] but there were just some things we didn’t know how to do together yet,” he explained.

“Now me and Nisqy are on the same page, and we know how to pressure the game.”

There’s another factor that Svenskeren believes has “set him free” in the C9 setup.

While he, Nisqy, and Tristan “Zeyzal” Stidam often share the shot-calling within the team, the guiding influence Zachary “Sneaky” Scuderi cannot be ignored. According to C9’s jungler, their AD carry is the stabilizing voice behind his outstanding aggression.

Sneaky, who has recorded 335 appearances for Cloud9 since first joining the league in LCS 2013 Summer, keeps the entire roster grounded. Svenskeren admits he and his Belgian duo can get out of control, and top laner Eric “Licorice” Ritchie is similar.

“Sneaky contributes a lot in terms of leadership because if the game starts going pretty bad then he gets us all together and says, ‘Hey, this game is pretty winnable as long as we don’t lose our minds,’ and a lot of the time you need someone like that,” Svenskeren said.

“When you have a guy on the team that stays calm even if the game is looking rough, or if we’re winning and we’re playing too fast so we forget important steps like placing wards around Baron pit, that stuff is really important.”

Svenskeren is looking to take Cloud9 back to the international stage in Europe later this year. (Photo by Shannon Cottrell/Riot Games)

There’s only one thing that may throw a spanner in the works of Svenskeren’s tilt towards being crowned MVP: Robert “Blaber” Huang.

Nothing is particularly wrong with Blaber himself, and he definitely isn’t trying to sabotage his teammates’ season. Instead, Blaber playing as a substitute has seen Svenskeren benched three times, meaning he’s playing less.

Now, Blaber’s times on the LCS stage haven’t exactly been fantastic. He scored a 37-minute win over OpTic Gaming in Week 3, and then suffered losses to 100 Thieves in Week 4 and Echo Fox in Week 6. But they’re three times we couldn’t see Svenskeren play on stage.

Conversely, these three games could be used as arguments for why Sven is so crucial to C9’s overall gameplan. Defeats to 100T (6-8) and FOX (3-11) could have been avoided as Blaber failed to fire against teams that were scrapping to avoid the bottom four.

Taking a look at the same matchups with C9’s potential MVP candidate back in the roster, and it’s a 2-0 record. In fact, Svenskeren rolled over Echo Fox with a 1/2/11 outing on Jarvan IV and was named the best performer in the game.

Unfortunately for Svenskeren, being the most valuable player for your team isn’t the only criteria you have to fill to be named the best player of the split. While it’s clear he has shone for second-placed C9, four other potential candidates stand in his way.

Whatever happens at the end of the split, and whoever is named the biggest star of Summer, one thing is for sure – Svenskeren is having one of the best years of his eight-year career so far. If he can carry this form into Worlds, he may prove one of the world’s best.