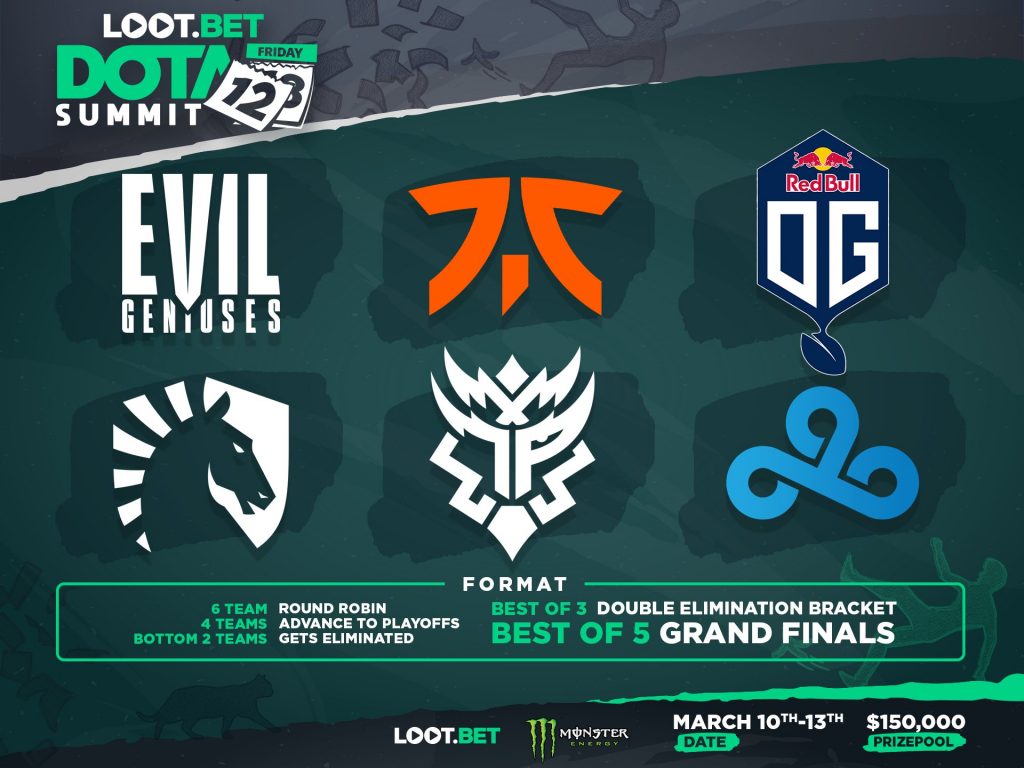 Despite short notice, and a Major the following weekend, Summit 12 has unveiled an impressive lineup of teams. (Photo courtesy Beyond the Summit)

Two days after its initial announcement, and five days from its start, we now know all the attendees for DOTA Summit 12. For a six-team tournament, this is a stacked affair and one fans should definitely get excited for.

The final three teams are making their way to @Loot_Bet Dota Summit 12 next week!!

Being just two days separated from the ESL One Los Angeles 2020 Major has been both a boon and a blight for this haunted edition of the Summit series. With its proximity, the super-small tournament has managed to bag three stacks from the Major, as well as OG Seed and the brand new Cloud 9 lineup.

Before Wednesday, we still had our suspicions as to the teams in attendance. On Tuesday, OG Seed cryptically announced on OG’s official Twitter.

Gardening is easy. You plant seeds, take care ó̸̟̗͚̺̩̦͔͚̥̀͛̚̕f them every sing̸̛̭͔̰̹̺͛͆̓̈́̔̊͠͠le day with a simple objective in mind: make them reach the top.#DreamOG

Then hours before the official announcement, more reveals started to appear, with Cloud 9 testing out the spooky font effects.

Finally, Team Liquid joined in on the creepy messages.

This final reveal put into context one of the most surprising tournaments of the year. Announced with just over a week’s notice, Summit 12 is already looking like an unmissable event, especially if it taps into some of the humor and uniqueness of the previous editions.

The casters and broadcast talent are yet to be revealed, but the event still has a few days until it kicks off. Expect a few more announcements before things kick off next week.

Summit 12 can be caught on Beyond the Summit’s pair of Twitch channels. For more information, check out our reveal article.