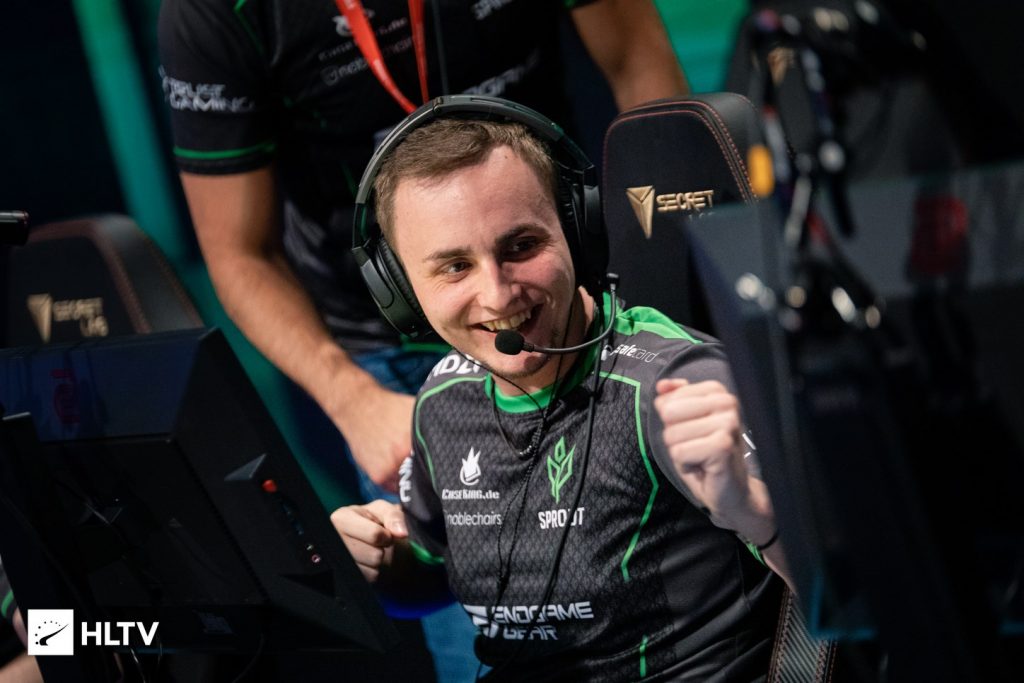 ESL One Cologne’s unpredictability has struck once again. Sprout have defeated OG 2-1 in Group A’s Upper Bracket, making them the first team to advance to the playoffs. This win caps off an undefeated Group Stage run for the lowest ranked team at the event. Playoffs at all seemed like a pipe dream for Sprout, let alone being the first team to qualify with a high seed.

.@sproutGG DOMINATE @OGesportsCSGO on Nuke 16-3 and close out the series 2-1!

Sprout’s run began against the current world number one team in BIG. Odds and predictions were overwhelmingly in favor of the recent stars of the online era coming into the match. However, Sprout knew BIG like the back of their hands as fellow German regional rivals. Their last meeting at the ESL Meisterschaft Spring Finals saw Sprout take the clean 2-0 sweep.

That was almost three months ago. Since that loss, BIG have been on a massive upwards trajectory, taking one big tournament win after another. Meanwhile, Sprout hadn’t even qualified for an A tier event since January. Their ranking has stagnated as a result, pinning the squad at 48th on ESL and 40th on HLTV. The only reason why they were at Cologne at all was because of their ESL Meisterschaft victory.

Sprout proved all of that irrelevant. In a surprise turn of events, the lowest ranked team at ESL One Cologne swept BIG under the rug in the inaugural match. Sprout’s Mirage pick looked practiced and clean on both sides. They then pulled off a massive comeback on T side Nuke to secure the victory in overtime. The result put Sprout through to a playoff qualification match, while BIG were sent to their demise in the losers’ bracket.

OG would be Sprout’s next opponent. Although not quite on the level of BIG these past couple of months, OG were a strong team in their own regard. The series began on Sprout’s pick of Train. OG took the initial pistol round and found some key clutches early to take a 5-3 lead. From there, Sprout’s Josef “faveN” Baumann and Pawel “dycha” Dycha led the team on a seven round streak to end the half up 10-5 from the T side.

OG’s attack started off on the right foot. They took the first four rounds in a row before finally getting stalled out. OG had a few good chances to swing the momentum back in their favor, but were shut down each time. In the end, Sprout took their map 16-9.

Now on Inferno, OG needed to win if they wanted to extend the series. Although the score line read 8-7 at the half, Sprout at one point won eight of nine rounds in a row on the CT side. This comeback mentality from OG came in handy after they gave up a big streak to start the second half. Down 11-13, OG managed to even up the score thanks to a key clutch from Nathan “NBK-“ Schmitt.

The momentum allowed OG to pull out a 16-13 victory and force a third map. Nuke would be the final battleground between the two teams. OG won the pistol round on defense, putting them in a good position to carry out a normal Nuke game. However, Sprout had different plans. They bought up in round three and quickly took control of the B site.  Sprout then pulled off an explosive A site burst, forcing even more saves by the remaining OG players.

A vicious cycle began of Sprout blasting through OG’s defenses with a big advantage, forcing their opposition to quit the round before it even ended. OG never found a response, allowing Sprout to take an insurmountable 13 rounds in a row. The second half only lasted four rounds and ended in a dominant 16-3 win for Sprout, sending them to the playoffs.

As a top seeded qualifier, Sprout now has over four days to rest and prepare for their playoff run. The team who thought that winning just one match would be a good result has now secured top eight and has the chance for much more. If Sprout can keep up this form, CS:GO might have a new threat rising to power.