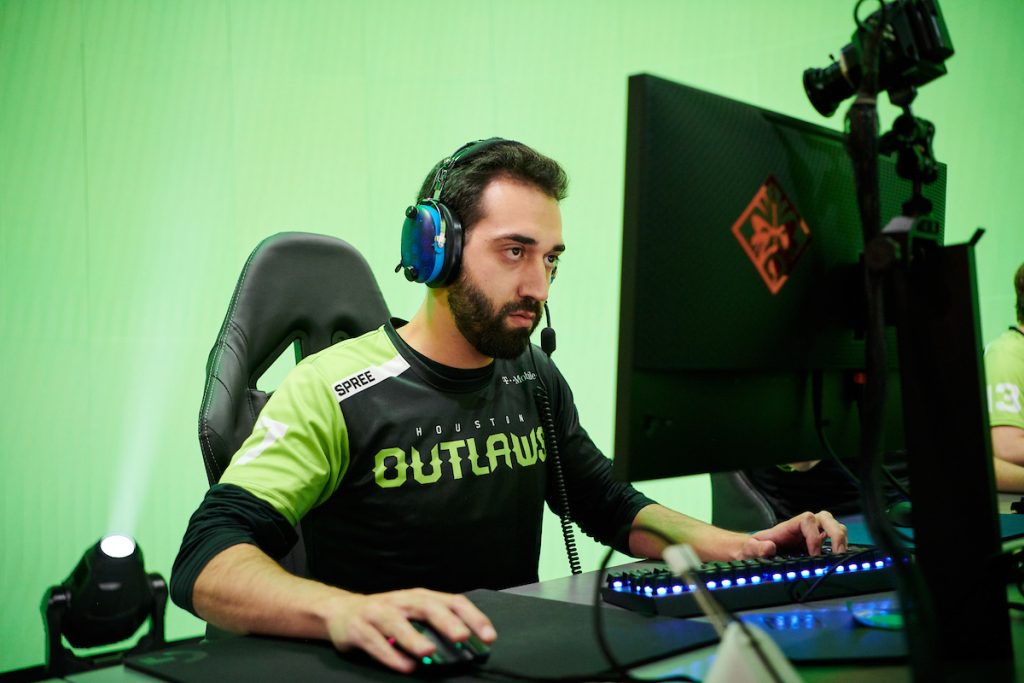 Spree has competed with the Outlaws since the Inaugural OWL season. (Photo courtesy Ben Pursell - Blizzard)

Before joining the Outlaws inaugural OWL roster, Spree competed in Overwatch with a variety of notable organizations including Luminosity Gaming and FaZe Clan throughout 2016 and 2017. In 2016 he competed in the Overwatch World Cup European Qualifier for Benelux, which is an economic union between Belgium, the Netherlands, and Luxembourg.

Spree made a name for himself in Season 1 of the Overwatch League as one of the deadliest Zarya specialists around. In fact, during the inaugural season he managed to maintain the highest eliminations per ten minutes in the league. Admittedly, he also saw less play time than many other players which may have boosted that stat, but regardless he was excellent in his limited, but important, Off-Tank role. He continued to have appearances on stage throughout season 2, but he never achieved the amount of play time that he desired.

“I have spent three years with the Outlaws, so many fun memories and so much I have experienced that I’m thankful for,” Spree explained in a Twitlonger. “In season 1 and season 2 of OWL I got to play on stage and those were my most memorable moments. My goal has always been to go for more playtime and I would grind endless hours of other heroes. During the time on the bench I’ve spent a lot of time to work and reflect on myself. I feel my mental game has improved a lot. I have personally learned and grown so much from all those experiences.”