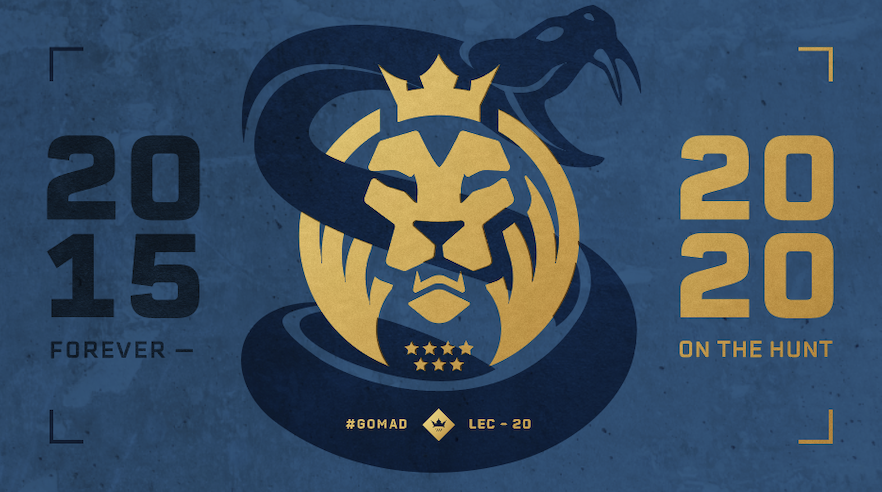 OverActive Media announces that they will rebrand their LEC franchise from Splyce to MAD Lions, ahead of the 2020 LEC Spring Split. The branding change comes with an entirely new logo and house style.

Leading the charge are Spanish content creators Vegetta777 and Willyrex, who will lead the content strategy for the MAD Lions brand. This will aim to bring Hispanic culture to the LEC and service a Spanish LEC audience.

“This is an exciting day for our organization, as we take another substantial step forward in growing OverActive Media globally. We want to thank our Splyce fans and invite them to join all of us as we head into an exciting new era in the LEC.” Chris Overholt, President and CEO of OverActive Media.

MAD Lions will be joining the @LEC in 2020! 🇪🇸 https://t.co/pjCycRuYzv pic.twitter.com/48yG2Npwzr

This news comes off the back of Splyce’s strong 2019 season. The team stuck together, working their way through most of their problems. They rose through the ranks in summer and maintained a healthy 2nd/3rd place position in the league. They then attended Worlds 2019 in Europe as the 3rd seed in the league. They made it out of their groups in second place, after losing the tiebreaker to Funplus Phoenix, who went onto to win the entire tournament. They were then eliminated 3-1 by SK Telecom T1 (now T1) in the Worlds quarter-finals stage.

The roster has now gone a new direction acquiring European Master players, whilst retaining Humanoid from their 2019 roster. The MAD Lions roster is as follows:

MAD Lions new bot lane are known for their plays in the German League, with Carzzy coming from BIG Clan and Gistick coming from mousepsorts. Orome is MAD Lions previous top lane who has been promoted to the LEC roster. As for Shadow, he was mousesports jungler in the 2019 season.

MAD Lions has a proven track record of fostering new talent in the LEC. They joined the European league in 2016 and rose many talents to the top of the LEC. Including Kobbe, Humanoid, Wunder and Mikyx. This rookie roster is in great hands as they learn the ropes through the upcoming LEC season.