Smash Ultimate’s Sixth DLC Will Be From ARMS 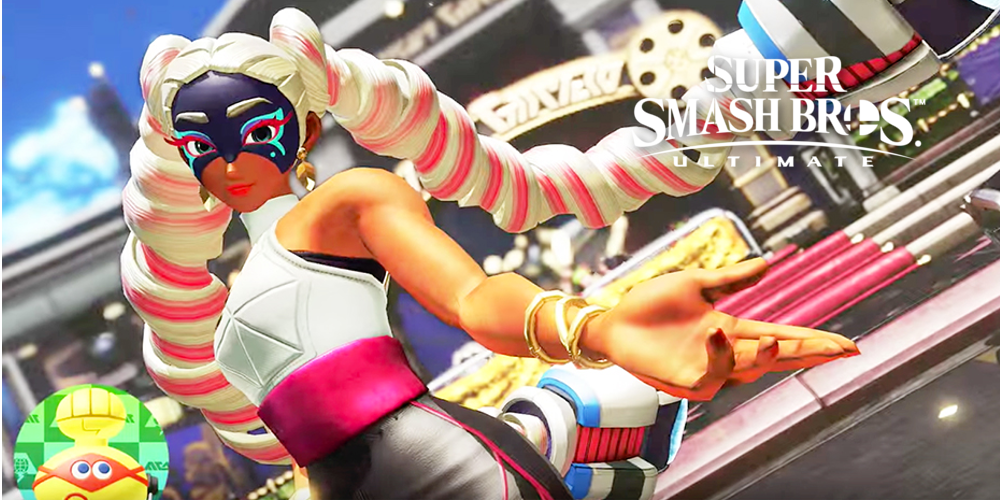 The next Smash Ultimate DLC character will come from the ARMS franchise. (Photo courtesy Nintendo)

Nintendo dropped a surprise Nintendo Direct Mini Thursday which contained a very brief teaser for Smash Ultimate’s sixth DLC. Instead of the usual trailer and fighter reveal, we only got a brief announcement that ARMS will be the sixth fighter’s home franchise, releasing in June.

It’s likely this was done because of the ongoing coronavirus crisis, as even Smash Ultimate game director Masahiro Sakurai has noted that there have been some delays in presenting new fighters to developers as a result of restrictions being placed.

Many fans thought it was odd that someone from ARMS wasn’t in Smash Ultimate’s launch roster, but it seems that the latter was too far along in development to include any characters as actual fighters in the game. Instead, Spring Man is an Assist Trophy in Smash Ultimate, while Ribbon Girl only makes an appearance as a Mii Fighter costume.

Based on Smash Ultimate’s own “rules,” if a character appears as an assist trophy, it’s almost 100% deconfirmed to appear as a fighter later. Many are speculating that this means that Spring Man will not be the fighter from ARMS, despite being the game’s flagship character. However, that may not be the case, as both Spring Man and Ribbon Girl were shown among the possible fighters from ARMS.

This could mean a few things: Nintendo doesn’t want to rule any characters out at present for fans to speculate about, or (and perhaps more exciting) Sakurai could be reconsidering adding some characters that appeared as Assist Trophies as full fledged fighters. If Spring Man was added, this would be the first time in series history that a character appears as an Assist Trophy and a fighter in the same game.

This is fueling fan hope that characters like Zero or Waluigi could even be in the cards for the remaining 5 fighters in Smash Ultimate’s Fighters Pass Volume 2.

Current internet speculation says that Min Min is the most likely (and popular) addition from ARMS that could be added to the game. Additionally, Nintendo also announced that ARMS would be free to play from March 26th through April 6th, to help fuel hype for the character’s arrival in June.