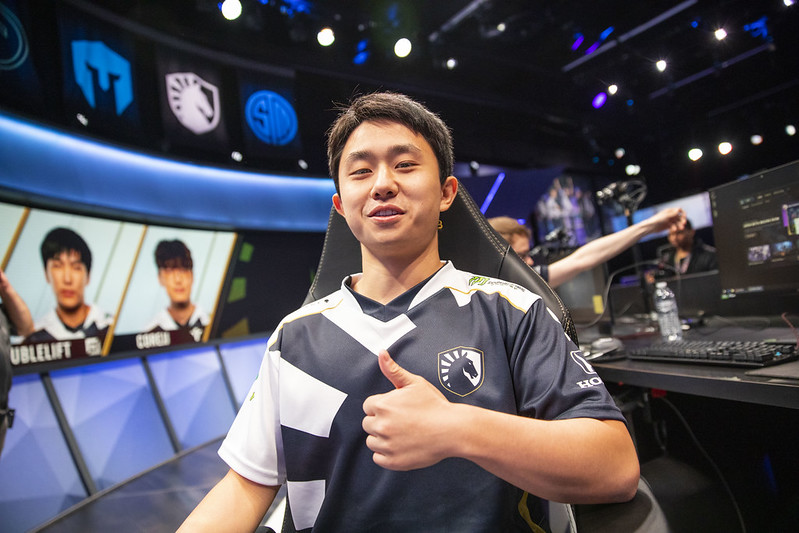 Shernfire returns to the Dire Wolves as a coach after his stint with Team Liquid. (Photo by Colin Young-Wolff - Riot Games)

The OPL’s Dire Wolves have announced the return of Shern “Shernfire” Cherng Tai as a co-coach. Shernfire has spent his entire competitive career as a jungler.

Welcome back to the #wolfpack 💚🐺@shernfire has spent his time in @LCSOfficial and is bringing his knowledge as a coach alongside @cupcakeoce
📺Link to full video: https://t.co/rhWoeiku52
*pending riot approval* pic.twitter.com/YYJOYDlgZv

Shernfire’s career has not been without controversy. After joining NALCS team Vortex in June 2015, he was banned from competitive play for the rest of 2015 for participating in ELO boosting. Shernfire also received a two-game suspension from the 2018 World Championship after he: “exhibited a pattern of extremely toxic and culturally insensitive language in solo queue on the Korean Server.”

Though he came with those red flags, they were not enough to dissuade Team Liquid from signing him in November 2019. Though he had no reported behavioral issues, Shernfire’s star fell after he and Team Liquid struggled to a 2-4 record. After Broxah returned, Shernfire moved to the TL Academy roster and went 7-5 to close the regular season. TL Academy was swept 3-0 by Evil Geniuses Academy in the first round of the playoffs.

Shernfire joins a Dire Wolves team that has struggled since he departed in 2019. After winning four consecutive titles with him, the Dire Wolves finished 1-20 in their first split without him. They have since pulled off consecutive 12-9 seasons, capped with a loss to Legacy Esports in the OPL 2020 Split 1 Playoffs Finals.

Shernfire joins Andy “Cupcake” van der Vyver as co-coach of the Dire Wolves. Considering that it will be his first coaching experience, it’s hard to know what to expect of the union. Shernfire will obviously command great respect as someone who once dominated the league, but he will have to learn how to effectively translate his knowledge to the players. He will likely work closely with Korean jungle import Park “Mir” Mi-reu on jungle pathing.