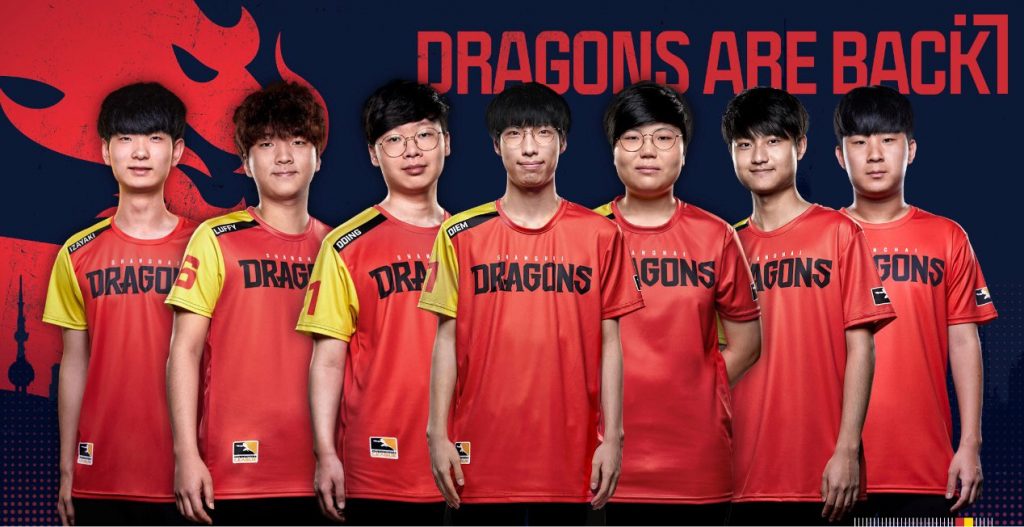 The Shanghai Dragons have announced the re-signing of seven players from their 2019 roster.

To the fans who have been patiently waiting: we’re pleased to confirm that diem, Diya, DDing, Envy, Geguri, IZaYaKI, and Luffy all have been re-signed for the 2020 season! Please look forward to a bright future with new and old friends! pic.twitter.com/6dwUOfRXIy

Jinhyeok “DDing” Yang and Minseong “diem” Bae on DPS, Lee “envy” Kang-jae and Seyeon “Geguri” Kim on Tank, and Seonghyeon “Luffy” Yang and Kim “Izayaki” Min-chul on Support make up the six core starters. Weida “Diya” Lu will be a two-way DPS player for the Dragon’s main and academy teams.

In preparation for the next season, Weida "Diya" Lu will be joining our academy team, Team CC, as a 2-way player. We're confident he will shine in Contenders China and cannot thank him enough for his commitment to the Dragons. pic.twitter.com/X7oYRhDwuL

So far this off-season, Shanghai had lost Flex player Yougjin “YOUNGJIN” Jin to retirement and Tank player Youngjin “Gamsu” Noh to the Dallas Fuel. Their re-signing announcement left out support player Kyungwoo “CoMa” Son who is now a free agent.

We would like to announce that Gyeong Woo "CoMa" Son will be leaving the Shanghai Dragons as a free agent. After pulling off selfless body blocks, risky rezzes, and the most clutch sound barriers, we thank you for everything this season, CoMa! pic.twitter.com/Z7yu9CtFyz

This roster helped to reinvigorate the Shanghai Dragons after the disappointment of their 0-40 inaugural season, which only Geguri and Diya were left from. In the 2019 season, the Dragons made their first playoffs appearance in franchise history during Stage 2. They went a step further by winning the Stage 3 playoffs entirely, granting the Shanghai Dragons their first title as an organization.

However, the Dragons fell off hard during the ensuing Stage 4, winning only a single match out of seven. Despite this, Shanghai did earn a spot in the final playoffs bracket, sneaking in at 11th with a 13-15 record. They managed to win their first-round match, but were eliminated shortly after in 9-10th place.

The Shanghai Dragons have certainly had their highs and lows as an organization. The offseason is young and teams are still putting rosters and coaching staffs together. Hopefully, when all is done for Shanghai, they will have a team reminiscent of the Stage winner Dragons, not the 0-40 Dragons.