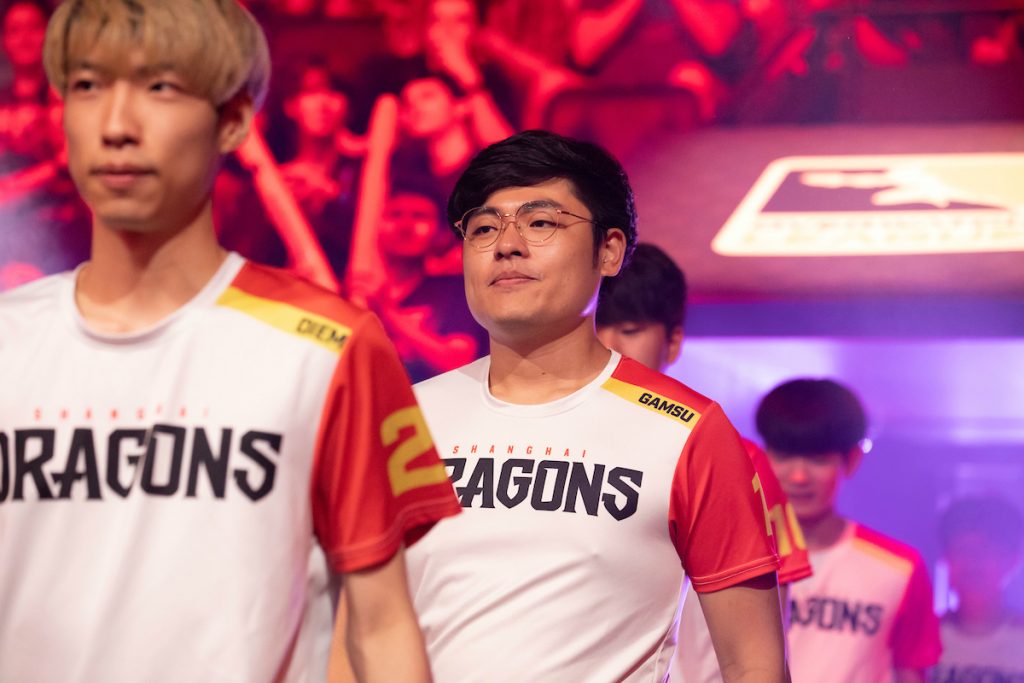 Hours after the Shanghai Dragons announced the release of Young-jin “Gamsu” Noh, the Dallas Fuel took to Twitter to announce they have picked up the main-tank. A top-tier talent – Gamsu should have a big impact on the Fuel as they have struggled throughout the first two seasons of the Overwatch League.

And now, what you've all been waiting for: the tank duo is BACK.

Please give @GamsuOW a warm welcome as he joins the Fuel! We're incredibly excited to get to work for the #OWL2020 season. pic.twitter.com/cUq8XP6fom

Gamsu has had two strong seasons so far in the Overwatch League despite finding himself on a different team each year. He started out with the Boston Uprising during the 2018 inaugural season where he helped lead the team to the third-best record in the league as well as a perfect 10-0 record during stage three.

Despite his success with Boston, he found himself traded to the previously winless – Shanghai Dragons at the start of the 2019 season. Becoming the main tank for a team that went 0-40 in 2018 wasn’t an ideal situation but Gamsu showed his mental fortitude and helped lead the Dragons to a stage three championship victory with his consistent and reliable main-tank play.

Gamsu finds himself reunited with his former Uprising teammate – Lucas “NotE” Meissner – who was traded to Dallas Fuel from Boston in the 2019 season. The tank duo showed strong synergy for Boston as they thrived in a dive composition during the 2018 season. If the meta shifts back to dive, that familiarity will be integral to the success of the Fuel.

Adding Gamsu is another strong pickup for the Dallas Fuel this offseason after trading for Los Angeles damage dealer, Gui-un “Decay” Jang. Picking up Decay and Gamsu help strengthen the Dallas core after two relatively disappointing seasons. It’s hard to believe that a player of Gamsu’s caliber has bounced around so much this early in his career. Despite that, he has found success wherever he went and should provide consistent main-tank play for the Fuel heading into the 2020 season.