SaNTaS: “FlyQuest is Probably More Beatable Than the Other Two” 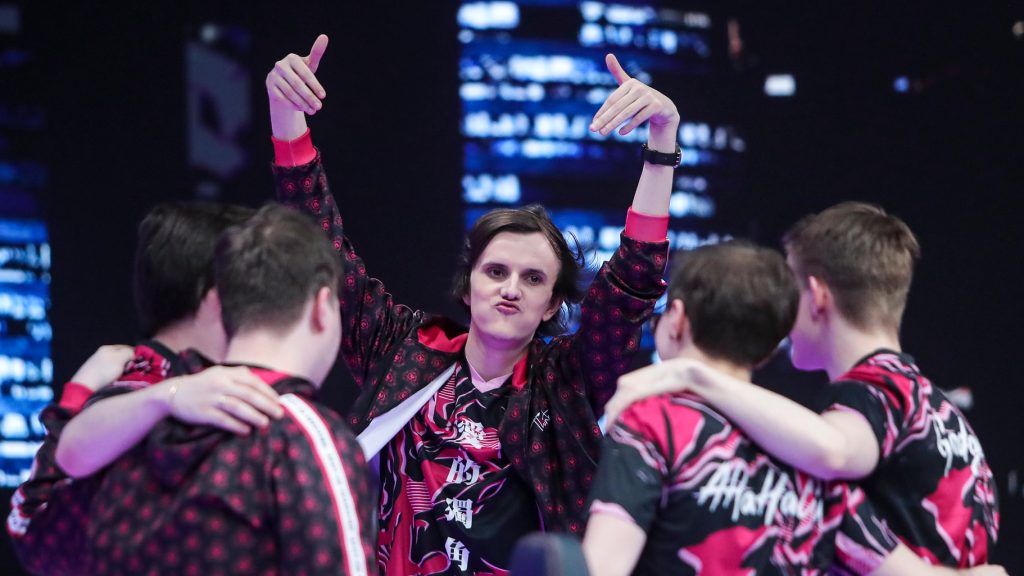 The opening match to the Group Stage of the League of Legends World Championship did not go Unicorns of Love’s way. The LCL champions, who fought their way out of the Play-In Stage in impressive fashion, were dealt with handily by DRX, second seed of the LCK. It’s not the end of the world—there are five more matches for Unicorns of Love to play, giving them ample time to recover. Nevertheless, it puts them in a difficult place with tournament favorite Top Esports also awaiting Unicorns of Love with open arms.

After the loss against DRX, Unicorns of Love support player Aleksandr “SaNTaS” Lifashin joined for an interview to talk about the match. He went over their preparation, why their draft didn’t work against a team as strong as DRX, and how his team can adapt to perform better in the remaining matches of the Group Stage.

Hotspawn: Welcome, SaNTaS. Unfortunately you guys lost the game against DRX—do you have any immediate thoughts or feelings about it?

SaNTaS: Well, it was a tough game. The enemies had a good early game composition and they executed it pretty well. We had a more scaling composition and we hoped that they would make mistakes for us to punish. But we didn’t find much, so we basically got stomped.

Hotspawn: It did feel pretty one-sided indeed. Let’s talk a bit about the preparation for this match. You didn’t have much of a break after finishing the Play-In Stage earlier this week. How did you prepare for DRX?

SaNTaS: We watched their regular Split games to find out what they are playing, what their style is, which champion picks they prefer, that kind of stuff. Then we looked at what would be good for us to play against a team like this.

Hotspawn: What stood out to you about them when analyzing their games? Were there any standout players or champions you were targeting?

SaNTaS: Not really. We just focused mostly on our team composition for the 5v5 and get decent match-ups in the lane. And as I said, we tried to scale in the game.

Hotspawn: Did you feel like you had enough time to prepare for them after qualifying through the Play-In Stage?

SaNTaS: I mean, it depends on how well you want to prepare. Sure, you can watch what they’re playing. We probably did have enough time, but you still need to see if your thoughts and ideas were correct or not.

Hotspawn: And can you conclude that your thoughts were not completely correct?

SaNTaS: In some situations it was correct, in some it wasn’t. We’ll just have to take a look at what we did wrong. Next time, we’ll try to do it better. I think against this kind of team, we should know that they’re really strong. They know how to execute early game compositions, and they’re not making a lot of mistakes. So we probably need to draft a more balanced composition and not go full scale. We shouldn’t give them a lot of advantages from the early game.

I think their [FlyQuest] only weakness is in the top lane.

Hotspawn: The other opponents you’re going to be playing against are Top Esports and FlyQuest. Did you watch the match between them, earlier today

SaNTaS: Yes, I watched the match.

Hotspawn: Let’s start with FlyQuest. Based on the research you have done and the match we’ve seen from them, what are your thoughts on them at the moment?

SaNTaS: From what I saw from the game, FlyQuest is probably more beatable than the other two teams in our group. We probably have more chances against them. But it’s still kind of a strong team. They have really good jungle/support synergy. They also have a good mid lane. I think their only weakness is in the top lane. Maybe the AD as well, not sure. Maybe we can pick up some wins against them.

I think Chinese teams will try to fight a lot.

Hotspawn: Top Esports looked very strong today. Do you think they’ll be as difficult to deal with for you as DRX was?

SaNTaS: It’s hard to say. We didn’t play against Top Esports yet, and don’t know what it will feel like to play against them on the stage. A lot of teams play in a different way when they’re playing on the stage compared to how they play in scrims. But you can see in the regular Split that Chinese teams like to play more aggressively than Korean teams do. I think Chinese teams will try to fight a lot. Korean teams will try to do more things through rotations and stuff like that.

Hotspawn: We did see during the Play-In Stage that you also like to go for a lot of fights as Unicorns of Love. Do you think that your style is something you can surprise a team like Top Esports with?

SaNTaS: Yeah, it depends on the draft we will make, if we will draft for early game fights. The reason we didn’t find really good fights today was because we were way weaker in the early game than the enemy’s composition was. You can’t really fight them, so you just need to wait for items and a good opportunity. But if you draft something for the early game there will be a lot of skirmishes. Then it’s just a coinflip to see who will play better

Hotspawn: I personally also hope to see some more exciting experiments with the draft from you guys, like we saw in the Play-In Stage. Against DRX, did you hold back those flex picks, or did you not get an opportunity to use them?

SaNTaS: Well they banned two mages in the first rotation. In the draft you can pick a mage in the bot lane as long as you have AD champions for the jungle and top lane. But if you only have one AD champion, the composition will not be good in terms of damage balance. So you don’t go for the AP mages when you already have a lot of AP damage in your team.

Hotspawn: Do you still have some extra tricks up your sleeve, then?

SaNTaS: Yes, we have a few more mages for the bot lane. It’s just about using one that fits the team composition.

Hotspawn: Finally, let’s talk about the concept of playing in the Group Stage. How does it feel? Is there more pressure compared to playing in the Play-In Stage?

SaNTaS: We’ve only played one game, which was kind of a stomp because we had that late-game composition versus their early game composition. You can’t really show anything that you wanted to show. But I think, if the draft is more equal, you can show something more. I don’t really feel more pressure. It’s just that the teams are way better than in the Play-In Stage. *laughs* The strongest teams we faced in Play-Ins were probably LGD, the fourth seed of China, and PSG Talon. I think DRX is way better mechanically and way better as a team than those other teams. But there are no nerves. I think probably everyone on the team was not nervous at all.

Hotspawn: Is Unicorns of Love a team that gets emotional? Can you shrug off a loss easily and move on to the next match?

SaNTaS: I mean, we were a bit upset because of the hard group we got into. But we were just like “Well, what can you do about it?” We already got the group, and there’s nothing that can change it. You just need to prepare for it and play against the teams. It’s kind of useless to get upset about that. You just try to find opportunities to put up a fight against these teams.

Unicorns of Love’s next match is against FlyQuest on Monday, October 5th, at 2 p.m. CEST.