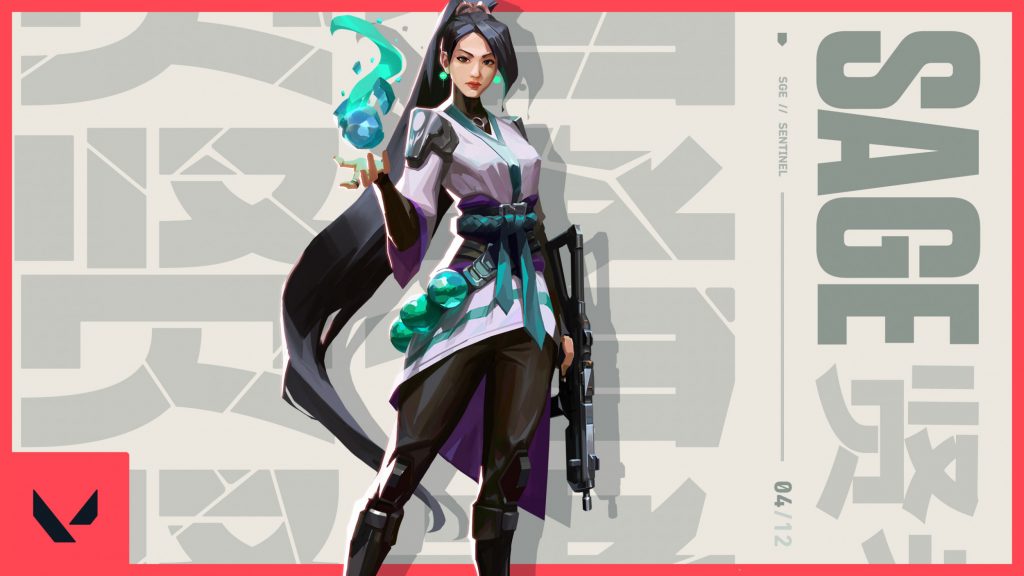 VALORANT Patch 1.07 adds significant changes to several agents to make them more balanced and useful in matches. The healing ability for Sage was significantly reduced to make her more balanced, while Viper’s abilities were buffed to make her a more viable choice. Other Agents, such as Breach and Killjoy, also received an update that slightly changes their abilities.

Players also have the option to remake competitive matches if a teammate disconnects early in a game, and can hide their real identity with the new Incognito Mode.

Sage took a significant hit in the latest update, which reduces two of her abilities’ power and effects. Her healing abilities no longer heal players to full health and also reduces the effectiveness of self-healing.

The Heal ability has been reduced from 100 HP regained over five seconds to 60 HP over five seconds. This means players will no longer be instantly healed in the middle of a fight and will need to retreat or find cover to receive the healing effects fully. Players will also receive a significantly lower amount of healing, which will still leave them at a disadvantage but not out of the fight.

Self-healing received the same nerfs to make Sage players think twice before using their abilities on themselves. The update to healing is designed to reduce the amount of healing each round and make it a more balanced ability.

Sage’s Slow Orb’s size was also reduced by 30%, which makes it less effective at blocking off large areas and will make players more precise when using the orb. Both updates will further balance Sage as an Agent and hopefully improve the competitive meta.

Killjoy also received significant updates to two of her abilities. Her Nanoswarm grenade now has a brief windup before damage begins, the DPS is reduced from 60 to 40, and visual effects have been added to make it easier to see the grenade on the ground. The stealth audio range has also been slightly increased.

These updates are meant to slightly reduce the Nanoswarm grenades’ power as they were difficult to counter and could quickly kill an unsuspecting enemy. Killjoy’s Nanoswarm will still be a powerful deterrent, but now enemies have a chance of avoiding death.

Killjoy’s Turret will no longer be revealed by Sova’s Recon Bolt, which means attackers will no longer know where the Turret is placed on a site. The Turret will also shoot at an enemy’s last known location more effectively, making it a more powerful tool.

Viper received another round of buffs, which should further increase her effectiveness in team compositions. Her Toxic Screen can now be placed during buy phases and can run through spawn barriers, and the Toxic Screen now deploys faster along its full length.

These changes will allow Viper to deploy cover for her team before the round begins and will confuse the other team on her actual location. There will also no longer be an awkward period when the wall is rising where enemies could still see players as the wall was not fully deployed.

The Decay effect will also no longer impact Viper’s teammates, who can now move around her Viper’s Pit ability without receiving damage. This will allow players to experiment with new strategies based on her ultimate ability.

Breach received slight updates to his Flashpoint, Concussion,  and Rolling Thunder abilities, which should make him a better choice on offense. The Flashpoint flashes now function similarly to other flashes in the game, which means they apply a minimum amount of flash “more aggressively.” Breach now has three charges instead of 2, and the windup time has been reduced from 0.6 to 0.5 seconds.

The detonations between Breach’s Rolling Thunder blasts have also been decreased from 0.3 to 0.255, which will deliver more damage at a faster rate. Breach’s Concussion now de-scopes players and prevents them from re-scoping while concussed.

Sova also received minor cosmetic tweaks to prevent his cape from being outside of his hitbox less frequently, and his hands have been adjusted to match the quality of the other Agents.

All shotguns received updates to their aim punch, and tagging on targets passed 10 meters. When shot in the head with a shotgun, the aim punch will be lower than all other weapons. Players hit with a shotgun further than 10 meters will be 30% slower for half a second. These changes are meant to improve the experience when playing against shotguns and prevent them from doing odd things.

The Shorty and Judge shotguns also received slight nerfs while the Vandal received a small buff in firing rate and damage. `

Players now have the option to remake matches in certain situations. When a match begins with uneven teams, the players will have an opportunity to end the game and search for a new match without penalty.

If a player disconnects at the start of the match through the first round, a remake call can be started at the beginning of the second round. All connected players on the team calling the vote must agree to remake the game by the end of the buy phase. If the vote does not pass by the end of the buy phase, it will expire, and the match will continue.

If the vote successfully passes, the game will be remade, and all players who voted will not receive an XP or MMR penalty for the match. The match will also not appear in their match history, and the disconnected players who did not vote will take a full MMR loss for the game and receive a leaver penalty.

The latest patch also introduces small adjustments to hit VFX to improve hit registration. Players can now also use an Incognito Mode, which will hide their identity in-game and will display the agent name instead. The patch also adds quality fo life updates and various bug fixes. A full breakdown of these changes can be found in the official 1.07 Patch Notes.