Raz: “Spring Was a Good Development For Me” 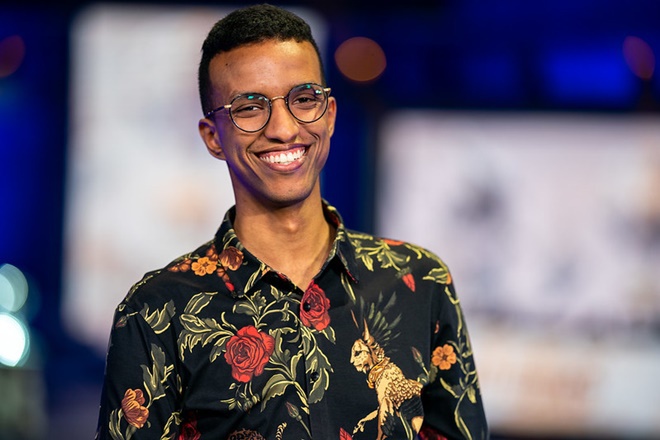 In Spring, Barento “Raz” Mohammed left behind his iconic role on the League of Legends Pro League broadcast and made his debut as head coach for Golden Guardians Academy. (Photo courtesy Riot Games)

At the beginning of the League of Legends Championship 2020 Spring Split, Barento “Raz” Mohammed left behind his iconic role on the League of Legends Pro League broadcast and made his debut as head coach for Golden Guardians Academy. He’d follow the trend of prominent analytical figures like Chris “Papa Smithy” Smith and Joshua “Jatt” Leesman stepping into more behind-the scenes roles in hopes to put his knowledge to the test.

In addition to his game knowledge, Raz is also known as one of the most energetic and funny personalities in the League community. Hotspawn sat down with Raz before the start of the Summer Split to discuss his transition from the broadcast to the practice room, as well as his thoughts on the current shape of LCS fan content.

Hotspawn: So how have you been spending quarantine during the offseason?

Raz: Thank God LPL’s come through because I’ve been watching that a lot. So there’s that, but before that, man, bored as all hell. So I’ve been trying to keep myself active by any means necessary, but it kind of depends day-to-day and if that offseason day will take a lot of my time [with Golden Guardians] or if it’s just emptiness. And I hate emptiness [laughs]. I’ve gotta be productive in some way.

Hotspawn: Well speaking of Golden Guardians, how did your first split go?

Raz: First split was tough. I mean, it was the first split for me coming back into coaching, and also we had a rookie in [Alexander “Gorica” Gorica] and support swaps, so there was a lot that I kind of didn’t expect or see coming. We were so close to making it into playoffs, and we definitely wanted to hit more, but in terms of what we learned and how we were growing as a team, I was pretty happy with it. It really does depend on how summer goes, but Spring Split was a good development split for me.

Hotspawn: Obviously casting and analysis are way different than actually being in there coaching. Do you think your expectations of what it would be like working with these guys in GGA were completely squashed when you got there?

Raz: Hmm… I wouldn’t say it was squashed. I think the one expectation I had in terms of what the scene looked like was different because coming into a huge facility, working with a two-way player coach, working with the main team– it was hard to know what to expect from that viewpoint. The day-to-day grind is something you never expect. I thought I got the day-to-day grind down pat when I was in the LPL working five days a week, and felt like I was always learning something. But with scrims, it’s always something new. You always have to create direction in an environment in which the patch changes so much, teams are coming at you with some different stuff. At that time it was like Soraka/Rumble and all this bot lane and you’re like “wait a minute.” A lot changes, and I think the biggest takeaway is finding consistent growth and a consistent thing that you can grow on as a team even in the face of changing environments. That was something that I always had to work with because it’s so tempting to change the subject and to change what you’re learning depending on how the meta’s going. Because if you’re like “oh, we’re teamfighting right now,” and the meta changes greatly towards another direction, you’re like “do we keep down the same course?” But sometimes it’s more important to just go from step one, which is how you’re communicating with one another, how you’re getting vision the right way, playing through the correct lane setup. Just basically things that you can translate game to game no matter what comp you have. So I tend to value that more.

Hotspawn: Okay, so obviously with everything going on with COVID-19, you’re not able to really go out and build synergy as a team as you normally would like to. What’s it been like developing young talent in that environment with extra challenges to navigate like not being able to see them in person?

Raz: It’s tough. One of the actual challenges is creating a high-stress environment and another thing is players being able to interact with each other and give each other feedback on the specifics within the game. Let’s say if a mid laner saw something within the game that the ADC played poorly or could’ve done something better. It’s so easy [normally] to just turn to the left and say “I saw this happen during the game, you can react to this in this fashion” or “ I don’t wanna see that from you in the next few games.” It’s much easier to do that rather than “oh, he’s not in the call so I’m gonna have to shelf it,” and maybe it never comes back up. So one thing that I’ve done consistently, now that we’re all kinda playing online, is I have everybody before games with webcams on. When we come into the game and we have our morning meetings: webcams on. Obviously off during games, don’t wanna eat up CPU. If we’re done with the game and we’re going into review: webcams on. I always want us to know that we’re communicating with each other, that whether someones there or not and we can make it easier to bring up a high-stress environment so people keep each other accountable. For instance,  if someone is not really paying attention, you can see that now. So they’re not really slouching, clacking on their keyboard during someone else’s speech. There are things that now you can do with everyone seeing each other online.

Hotspawn: Straying a bit from your role with Golden Guardians, it’s no secret that your Twitter’s kind of popping with all the videos you put out. What do you think about the state of LCS content right now? If it was in your hands, what do you think could spice it up?

Raz: It always depends on the direction, right? Cause current LCS content direction seems to be very professional. Analyst desk is [like a] sports analyst desk, and the content that comes around it seems like it needs to be a 10 out of 10 or it’s not happening at all. Or that’s what it seems like to me. I think what I would love to see is [them] reshaping that direction to be a bit more fun. [League of Legends European Championship] did that, that’s why everyone loves LEC. If you ask people, they probably love the LCS personalities like [Sam “Kobe” Hartman-Kenzler], [Clayton “CaptainFlowers” Raines], but they’re getting all of that great personality content from the LEC and there’s no reason why that’s not happening with the LCS. If there’s a great idea, I think they should just do it. If they feel like “hey, we’re not gonna have the huge production level of ‘This or That’,” it shouldn’t be an issue. I would just say, do more. In terms of direction, I wouldn’t say that people in the gaming community really appreciated or loved the more professionalism standpoint, and I think people just want more of a joking, laid back environment. That would be my suggestion. And if you see my content on my Twitter account, it’s always about authenticity. If there’s anything that I think is fun, I don’t really care about the quality of that production. It’s my phone camera, I just go out and do it because I know people will love it. I think that should be a smaller change in the mindset of the LCS broadcast.

Hotspawn: For sure. I also think that’s something Ovilee May brought with her behind the scenes content, but of course she’s not going to be working with the broadcast anymore.

Raz: Exactly. And I think that’s something they should really learn from her. Behind the scenes content? People love that! People just wanna know the players and what they love. Although that’s what a lot of the teams should be doing, and some of the teams are doing a great job at that, the broadcast itself can certainly throw that into the sphere.

Golden Guardians Academy will play their first game of the LCS 2020 Summer Split against Dignitas Academy on Thursday, June 11 at 7 p.m. PDT.