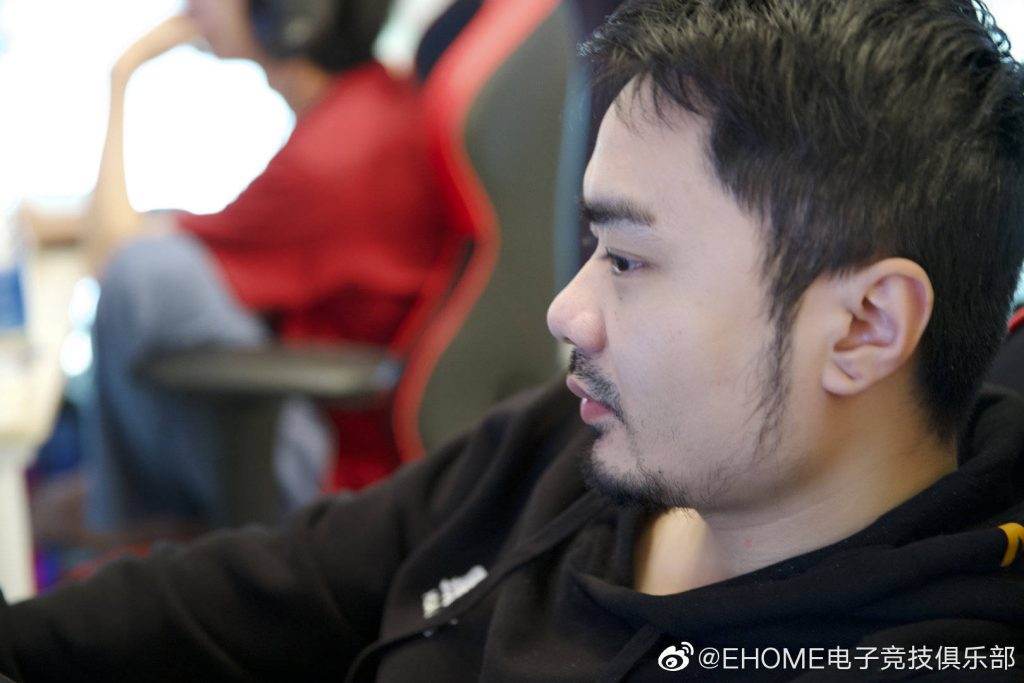 Xiao8 is set to make his triumphant return to PSG.LGD as part of a huge roster swap. (Photo courtesy EHOME)

The International may have been postponed until 2021, but that hasn’t stopped Chinese teams from starting their annual roster shuffle with some big moves. Both PSG.LGD and EHOME have announced new lineups with familiar faces. The rosters were revealed early on the morning of September 16th across each team’s Weibo. 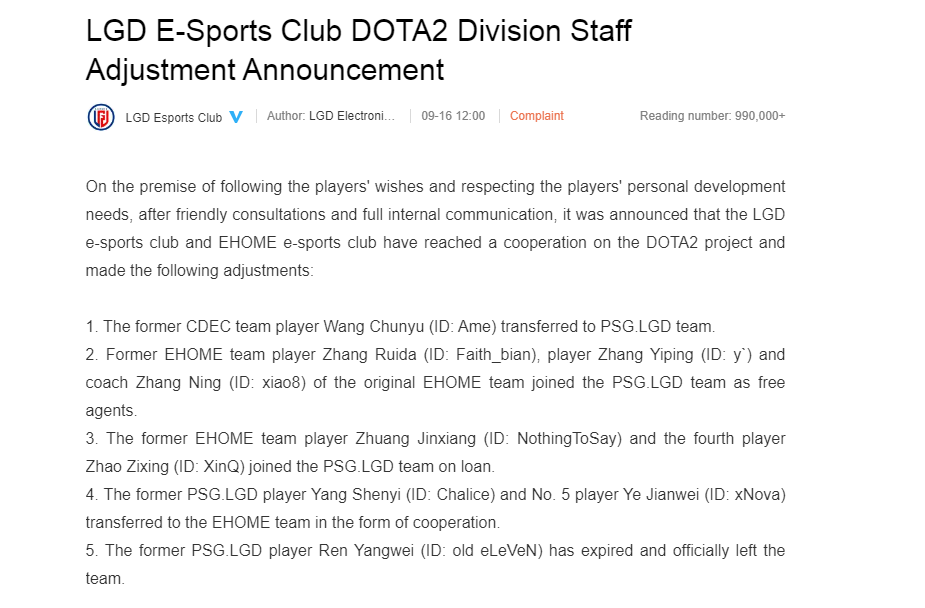 First up, PSG.LGD saw the return of their most famous players, this time to a coaching role. Zhang “xiao8” Ning stepped down from his role coaching EHOME to take on the job alongside several former EHOME players.

Cheng “NothingToSay” Jin Xiang and Zhao “XinQ” Zixing join the PSG.LGD in the two and four position on extended loan, while Zhang “y`” Yiping and Zhang “Faith_bian” Ruida have been signed full time. The new roster is rounded out by Wang “Ame” Chunyu, who left the squad in February to head to CDEC Gaming. He returns to fill the number one carry position.

If this seems like PSG.LGD has gutted EHOME’s roster, then you’d be right, but don’t worry too much. EHOME, for it’s part, has signed three former PSG.LGD players, and taken on one who had been on loan with the squad. Yang “Chalice”‘ Shenyi, Jian Wei “xNova” Yap, and Zhou “Yif” Yifu are now officially EHOME players, while  Guo “Xm” Hongcheng, who’d been on loan to PSG.LGD from CDEC also moves over. 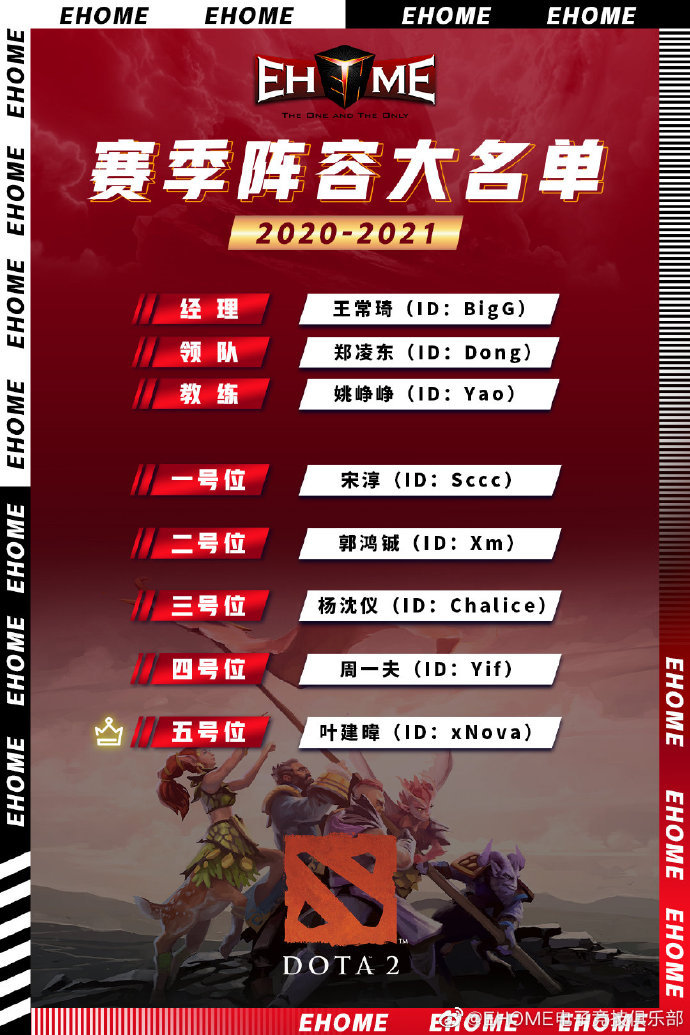 The final name to round out the EHOME roster is Song “Sccc” Chun, formerly of Team Aster. The talented carry had a great start to 2020 with Aster, but the squad fell off after the wave of event cancellations. A move to EHOME could see a return to form for the carry star.

The swaps have also gutted CDEC Gaming, leaving them with just one active player on their roster. The storied Chinese team will either have to wade into the seasonal roster shuffle in the next few weeks, or wait until next season for a big announcement.

Full details of the roster moves can be found on EHOME’s and PSG.LGD’s Weibo.