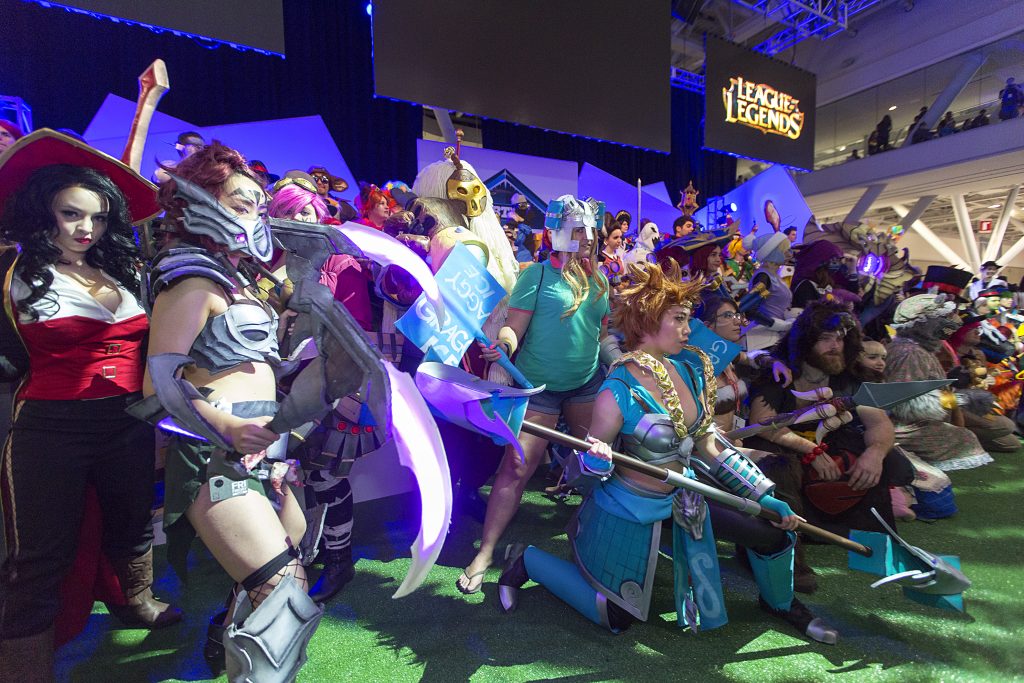 PAX East is a celebration of all things gaming. While the focus is on video games broadly, board games and tabletop roleplaying, PAX also includes an esports component. With so much packed into the four days of the convention to get hyped about, we’ve identified the tournaments and panels esports fans should plan as part of their PAX East experience.

PAX features a lot of open tournaments for board gamers and video gamers alike. There are a few esports highlights that we’re going to keep our eyes on over the weekend.

First up is the Discover® Card Tekken 7 Showdown – it’ll get started at 10:30 AM on Friday, March 29. Four hours of Tekken 7 should satisfy most fans of fighting games. Details are slim on who will compete, other than professionals, and on regarding the size of the prize pool.

Nintendo fans will have multiple opportunities to watch competitive titles. Saturday beginning at 11 AM there’ll be a Splatoon 2 tournament, followed by a Super Smash Bros. Ultimate tourney at 1 PM. There were open qualifiers for both of these events, so potentially there could be new stars among the competitors.

The biggest prize at PAX goes to the Magic: The Gathering Mythic Invitational. Sixty-four players, some members of the Magic Pro League and others top-ranked MTG Arena players, will compete for an impressive $1,000,000 USD prize pool. While the competition will be going on all four days, Sunday, March 31 is finals day, beginning at 10 AM. This event is an exhibition-only, not part of the 2019 Magic Mythic Championships circuit, but it still should be very competitive with all of that money on the line.

There are dozens of panels to watch at PAX. It’s important to prioritize the ones you want to stand in line to catch. We’ve got our pick for esports fans each day of the convention:

Thursday: From 6 PM to 7 PM, you’ll want to see Building an Esports Team. This panel’s going to talk about what it takes to construct a successful team including the community investment, competitive results and fan engagement.

Friday: Breaking into Esports from 6 PM to 7 PM is a great option if you want to learn how to get your foot in the door. Whether it’s playing professionally, a career in casting or running your own esports organization, this panel has you covered!

Saturday: This is a busy day at PAX! Our panel pick is A Discussion of Women in Esports, from 2:30 PM until 3:30 PM. A diverse panel of women will talk about their experiences in the industry and provide insight into how more women can get involved.

Sunday: On the final day of the convention, check out the Collegiate Esports at the Varsity and Club Level panel. It runs from 2:30 PM to 3:30 PM. The panel will include a variety of Presidents of Clubs and Directors of Varsity programs who can speak to the future of collegiate esports.

There aren’t a lot of current esports developers planning to exhibit at PAX East. You’ll want to check out Ubisoft (Rainbow 6) and GIANTS Software (Farming Simulator League) if you’re looking for the total PAX esports experience.

Riot Games doesn’t have a booth, but they’re hosting a League of Legends cosplay event on Saturday at the Alienware Outpost at 4:15 PM. There’s bound to be plenty of popular esports heroes, legends, champions and characters all over the Expo floor, so stay sharp to spot your favorites!