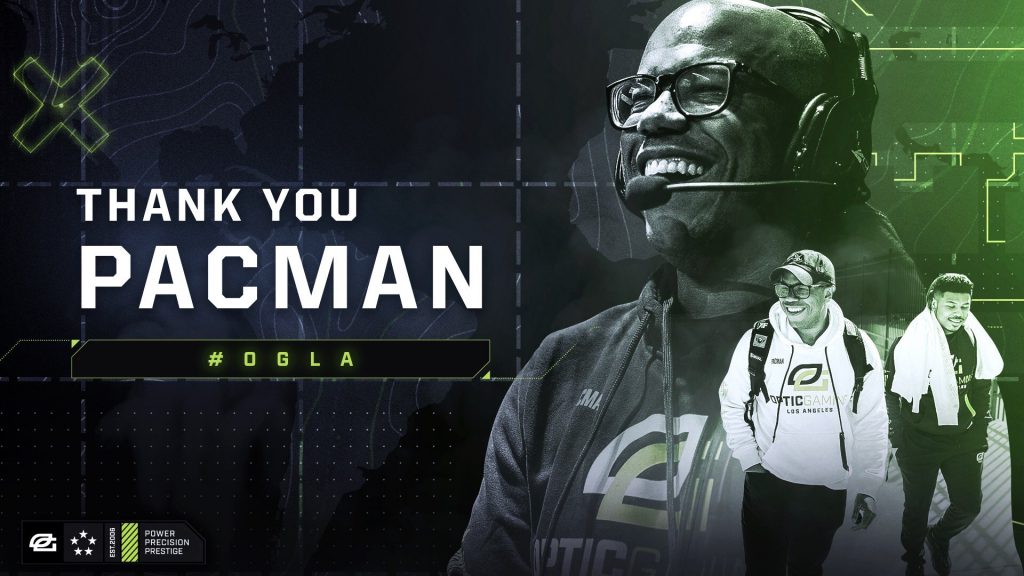 We’d like to thank @PacmanJT for his work with OpTic Gaming Los Angeles.

We appreciate everything he’s done for the squad and wish him the best going forward. pic.twitter.com/VsDOOfI94n

Pacman had a long history in competitive Call of Duty before becoming the Head Coach for OpTic Gaming Los Angeles. He was a professional player who played for various organizations such as Rise Nation and Team SoloMid before retiring to become an analyst during Call of Duty World League broadcasts.

Pacman spent most of 2019 as an analyst and eventually joined OpTic Gaming Los Angeles in January as a Head Coach for the inaugural Call of Duty League season.

OpTic Gaming was predicted to be one of the strongest teams in the Call of Duty League but have struggled in almost every Home Series. The team recently replaced Jkap for Chino just before the Florida Home Series Event where they had their best performance yet.

OpTic made their first Grand Finals appearance of the season against Atlanta but were unable to secure the final victory. They performed well during the Florida Home Series and showed signs of improvement, but the team is still tied for seventh place.

Despite OpTic’s success during the Florida Home Series, Pacman has still decided to part ways with the organization to pursue other options in the Call of Duty esports scene:

“I have spent the last decade of my life in Call of Duty and will be looking for the next opportunity that arises for me in cod esports.”

OpTic Gaming Los Angeles will compete in the Seattle Surge Home Series on May 22nd-24th. They will face the Minnesota Rokkr in their first match on May 22nd.