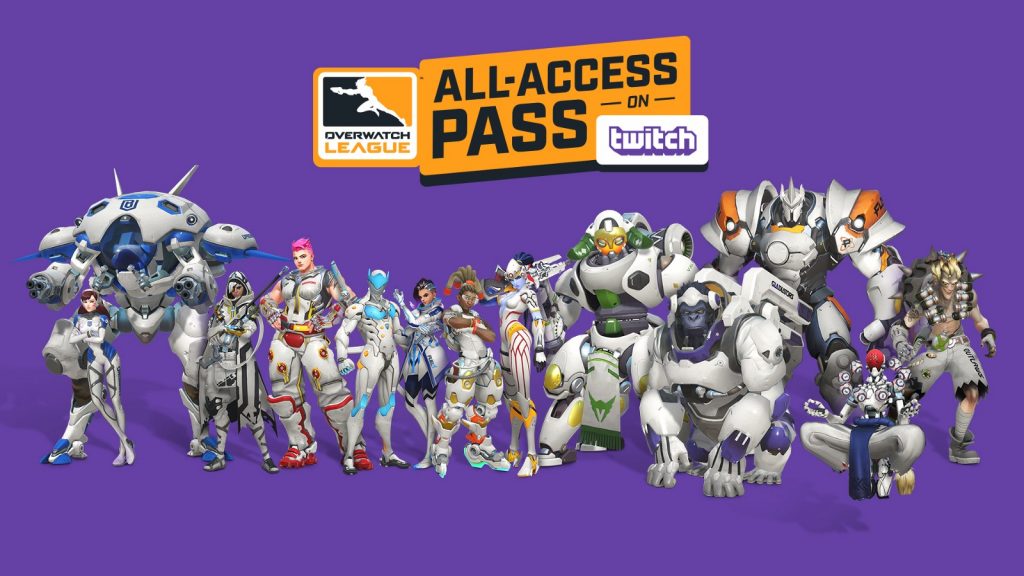 The 2019 pass seeks to correct last’s biggest complaint which was the restrictive nature of the first person mode used during official OWL streams. The few instances where OWL would switch to a third person mode during last years’ streams confirmed that the technology existed to allow users to spectate in third person but it was never made available to fans during a broadcast.

The 2019 All-Access pass comes with a couple of really interesting features – the first being the upgraded “Command Center”. The Command Center will now allow owners of the pass to switch their feed to any individual player during official league broadcasts or to switch their perspective to see more than one player at once (third-person mode).

In addition to the new ability to switch perspectives comes the stereotypical Twitch chat emotes and badges, a special chat room for owners of the pass, a pretty sizeable 20% off OWL merchandise from Fanatics, and 200 OWL tokens which equates to two in-game hero skins from the users’ favorite OWL teams. A unique feature for Twitch Prime members is the added bonus of getting 500 Twitch bits which users can donate to their favorite Twitch streamer!

The 2019 All-Access Pass is available now for Twitch users for $14.99USD which is a 50% less than last year’s pass. We highly recommend this pass for fans of the League who are tired of the first person modes or who want to get access to the 20% off OWL merchandise. The 2019 All-Access Pass will be accessible until the end of the year.