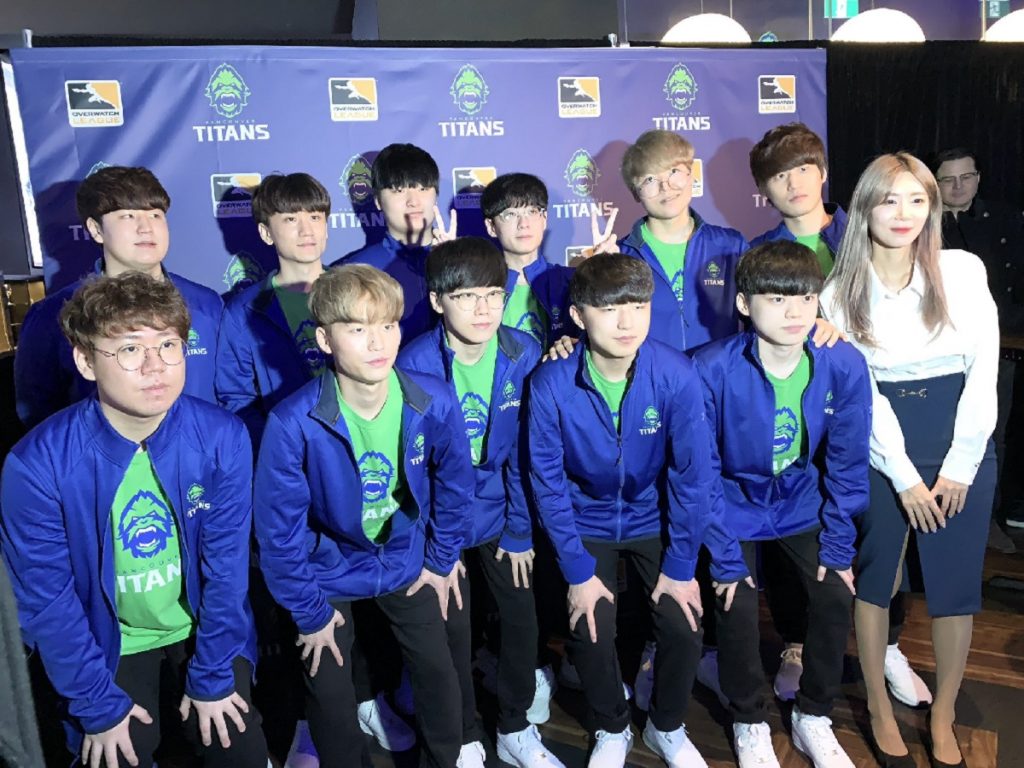 The Overwatch League has just finished Stage One and with that, we saw eight teams achieve their Playoffs dreams — five Inaugural Season teams and three expansion teams. For some teams like the Vancouver Titans or New York Excelsior, they had a clean sweep of Stage One with an outstanding record of 7-0. For other teams like the Boston Uprising or the Philadelphia Fusion, their road to the Playoffs was bumpy and stressful at times.

While the roads to the Playoffs might have been challenging for some, most teams were elated to see the number of spots for the Playoffs jumped from three last season to eight this year. This meant more opportunity for teams to potentially grab their share of the $500,000 (USD) prize pool. There’s a lot to break down about the upcoming matches for the Quarterfinals, and we’re going to help you prepare for the Playoffs and let you know who we think is going to win Stage One!

The Quarterfinal schedule has the teams playing out series over two nights. (Image courtesy of Blizzard)

Will you flip for it?

After the conclusion of Stage One, there were four teams locked in ties — The San Francisco Shock and Seoul Dynasty were tied for sixth and the Toronto Defiant and Philadelphia Fusion were tied for third. According to the rules of the Overwatch League, in the event of a tie, the teams must play against one another to determine who the higher seeded team is. What was surprising about how these tiebreakers were resolved was that the Defiant and Fusion would decide the winner of their tie by flipping a coin despite OWL rules stating tiebreakers would be resolved by playing it out. According to some sources, the Canadian-based Defiant team wanted to use a Loonie in the coin flip. Typical Canadians. The Defiant won the coin flip and moved into third whereas the Fusion moved into fourth.

Petition for @natenanzer to use the Canadian loonie for the coin toss. pic.twitter.com/DrTbIQp7GA

The Seoul Dynasty apparently tried to get the Shock to also participate in a coin toss to determine the winner of their tie as well. This was met with resistance from the Shock as the loser of the flip would have to face the NYXL, one of the two undefeated teams from Stage One. This would be a huge obstacle to overcome to either team if they had any hopes of continuing on in the Playoffs. Shock ended up beating Dynasty in a clean sweep 3-0 and will now face the Defiant in Round One of the Playoffs. Seoul will face the NYXL.

There’s a reason that the Shock didn’t want a coin flip to determine the fate of who they’d face in the Quarterfinals. The NYXL, like the Vancouver Titans, went undefeated in Stage One. They pose an extreme threat to the Shock’s journey in the Playoffs. Shock were happy they won the tiebreaker so they could face the Toronto Defiant. With Seoul now having to face NYXL, there’s little hope for the seventh-place team to move forward. Dynasty did play against NYXL back in Week Three of Stage One but they were only able to take one map off of NYXL. With the exception of Numbani, NYXL denied Seoul from getting any objectives. In this extremely GOATs heavy meta, Seoul has to figure out a way to combat NYXL’s aggressive playstyle and quick adaptability if they have any chance of winning. Ultimately, NYXL looks stronger and they should be able to move on to the Semi-Finals.

Another team to face one of the two undefeated teams from Stage One is the Boston Uprising. They will meet the indomitable Vancouver Titans in the Quarterfinals and they are going to be hard pressed to win this matchup. Over the course of seven matches, the Titans only dropped a total of six maps over seven matchups and two of those matchups they swept their opponents 4-0. This doesn’t fair well for the Boston Uprising who barely made it into the Playoffs with an overall record of 4-3. Boston struggles when it comes to keeping the momentum to push through map losses and to find a victory. They were able to take the Houston Outlaws to a map five in Week One but for the majority of Boston’s games, when they start to lose control of the game, they spiral into a loss. Vancouver looks set to win this matchup and make their way to the Semi-Finals.

This week we played the @ChengduHunters and Houston @Outlaws in Stage 1 Week 5. Thanks to beating the Houston Outlaws, we have secured our spot in Stage 1 Playoffs!!

Catch us going for it all this weekend as we fight to become Stage 1 Champions! #LetItReign pic.twitter.com/iIAChU48bU

Atlanta Reign will face the Philadelphia Fusion on Friday and it’s going to be an interesting matchup. The last time these two faced off, Fusion pushed the game to a map five to win the match on Ilios. What’s really interesting about this matchup is that Reign has won 18 maps throughout their seven matches in Stage One whereas Philly only won 17 maps. Atlanta feels like they have the advantage when you consider they’ve either dominated their games or have pushed to their games to a map five. The Fusion, however, haven’t been able to make a clean sweep all Stage. Atlanta will be looking to take this rematch so they can prove themselves in their first Stage ever! While Philadelphia has had a more consistent showing from the Inaugural Season to the conclusion of Stage One, I think Atlanta has the fire and drive to take a win from the Fusion.

The last teams to play in the Quarterfinals will be the San Francisco Shock and the Toronto Defiant. Both teams have a 5-2 record and have fought tooth-and-nail for their wins. The Shock had two clean sweeps against both the Washington Justice and the Dallas Fuel whereas the Defiant weren’t able to perform the same. Toronto is hungry to demonstrate that their expansion team is able to compete against the Inaugural Season teams. This matchup is probably the evenest matchup. The slight advantage goes to Shock as they’ve been able to control their matches more than Defiant, and they have a good handle on how to play in the GOATS meta-dominated Stage.

Call it hope, call it wishful thinking, but I truly think the Grand Finals of Stage One will be between the Vancouver Titans and the NYXL. This matchup is the one all Overwatch League fans have been dying to see: two OWL titans, pardon my pun, facing off against in an all-out battle for Stage One supremacy. These two teams have been flawless all season and they’ve yet to let up their unrelenting gameplay. If these two end up in the Grand Finals, it’ll truly be an immovable object facing off against an unstoppable force.

I think that when these two meet in the Grand Finals, Vancouver will be the only team capable of unseating the NYXL. While the Titans are an expansion team, they have years of experience playing together. They’re so in tune with their teammates’ thought processes that they know exactly how their teammates react in almost every situation. It’ll be the series of the Stage if these two do meet-up and I’m really excited to see how it plays out.

Don’t forget to tune into the start of the Stage One Playoffs on March 21 at 9 p.m. EDT to watch the Seoul Dynasty faceoff against the NYXL and the Boston Uprising battle the Vancouver Titans. You can watch on the Overwatch Leagues’ Twitch page or in their game client.