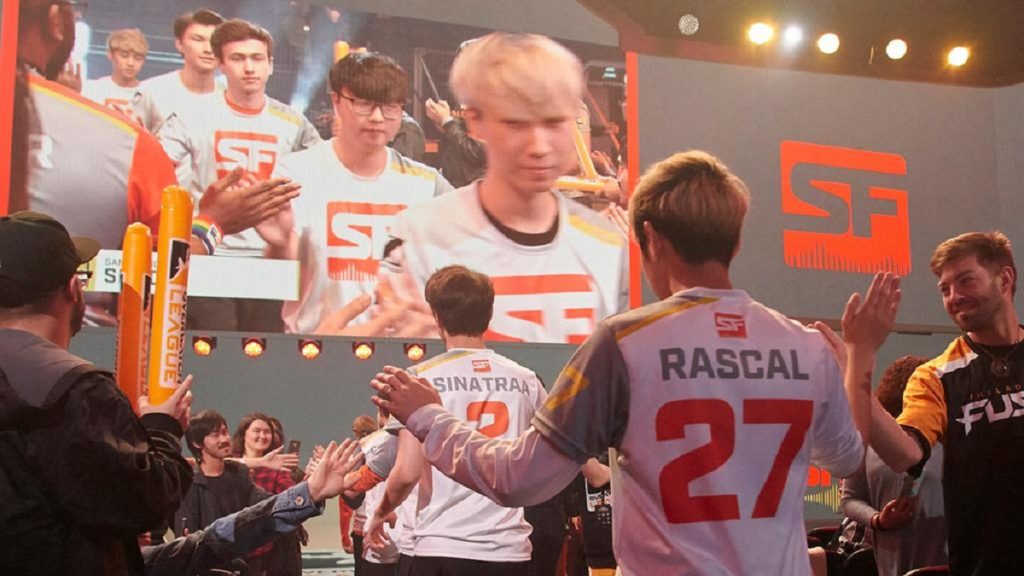 The San Francisco Shock are one of the four teams advancing to the Overwatch League Stage One Semi-Finals. (Photo courtesy of Blizzard)

The Quarterfinals of the Overwatch League have been a rollercoaster of emotions, and it’s showing no signs of slowing done! Two of the expansion teams were eliminated and one of the two previously undefeated teams was sent home! It’s time to take a look back at the first round in the Stage One Playoffs to relive the glory and predict who’ll make it through to the next round.

David Versus Goliath, Part One

In an incredible turn of events, Seoul Dynasty actually defeated one of the two Goliaths of the Overwatch League—the New York Excelsior. So many Overwatch fans, including us, predicted that NYXL would make it all the way to the Grand Finals. But to our surprise, and Seoul Dynasty’s delight, they stepped up their game and defeated the NYXL with an impressive 3-1. Dynasty’s victory is a monumental success for the team as they had not previously made it to a Stage’s semi-finals. One of the many keys to the Dynasty’s success was their ability to separate and pick off lone heroes. One of the best examples of this was in their last team fight against NYXL.

Last team fight against NYXL!
While everyone was focused on the other side, #Ryujehong caught Lucio right before the fight began!#RoarOn #SeoulDynasty #서울다이너스티 #OWL2019 pic.twitter.com/qHqmuHTcmT

Another unique strategy Seoul implemented in their Quarterfinals matchup was their use of two drafted lineups. Coach Changgeun “Changgoon” Park explained that on Ilios, their first map, they decided to use a lineup of players that were more “destructive.” After that, they switched up to more conservative, stable gameplay to mitigate any hasty decisions. Their understanding and approach to the game are miles ahead of other strategies employed by teams who focus on using the GOATSs strategy and hope it works. We are shocked the Seoul Dynasty are moving to the semis, but their tenacity and strategy implementation are League-defying.

One of the most interesting, yet confusing, relationships that emerged from the final week of the Overwatch League was the Boston Uprising’s outward love for the Vancouver Titans. The mystery was resolved when we did a quick calculation of the map differentials and saw that because the Titans absolutely demolished the Guangzhou Charge, they clinched the last playoff spot for the Uprising. In other words, the Titans beating the Charge secured Bostons’ playoff spot. It was fun to watch while it lasted, seeing such love coming from Boston.

Once the Quarterfinals match started between Uprising and the Titans, all love was left at the entrance to the stage. The Titans didn’t give an inch, leaving Boston without winning a single map. In a clean sweep 3-0, the Titans give a whole new meaning to immovable object.

Bumper never stops the chase! We make quick work of King's Row and lead the series 2-0!

It was a predictable but good win for Titans. We’re excited to see if they will be able to pull out as convincing a win against the Seoul Dynasty. Seeing as the Dynasty are Goliath-slayers, the Titans will have to stay on their toes and keep focused.

Go With Your Gut

You know that old adage, the one that talks about going with your gut? We’ll be the first to admit that while we felt like Philadelphia would win this matchup, we said that Atlanta technically looked better on paper. And then we ate our words.

The Atlanta Reign started the matchup demonstrating flawless gameplay execution and exceptional communication while playing on Ilios. This gave hope to Atlanta fans everywhere. There was a moment when fans could see a future where Atlanta beat out the runner-ups of the Inaugural Season. From then on, Fusion never let up and pushed each map to the end forcing Atlanta to crumble towards the of Route 66. Route 66 is also an incredibly hard map with several choke points that can cause a team to collapse. That’s what happened to Atlanta. For now, Atlanta will have to take a bit longer offseason break and regroup for the next Stage. They had a great showing as one of the three expansion teams to make it to the Stage One Playoffs.

The Definition of Insanity

San Francisco Shock had high expectations going into the Stage One Playoffs. They were set on making waves. This was their very first Playoffs, and just like the Toronto Defiant, they were here to prove something.

Toronto’s performance during their match against Shock was lackluster, and there was a famous saying that rattled around in my brain: “The definition of insanity is doing the same thing over and over again, but expecting different results.” The saying could’ve been predicting how the Defiant performed, or maybe the Defiant took this message to heart. Their attempts to break the Shock or even outsmart them were met with the same reaction and same team wipe. Every. Single. Time. On Horizon Lunar Colony, the Defiant attempted to break a choke point by doing the same thing over and over, expecting Shock to be caught out. Instead, it was a bloodbath for Defiant, and they lost the matchup 3-0.

Onto the Semi-Finals and the Grand Finals

We’re now officially in Round Two of the Stage One Playoffs with four amazing teams about to battle it out to earn the coveted Grand Finals slots. Seoul will be facing off against the Vancouver Titans, which will be a hard battle for Seoul. While they did manage to defeat NYXL, it’s going to be difficult to overcome this powerhouse.

Next to play will be the battle for the title of best orange team in the Overwatch League. Will the overlooked Fusion be able to outplay the fast-paced and tight play of the Shock? With a pretty evenly matched bracket, we think that Fusion’s overall performance will be able to clinch this match-up.

With our previous Grand Finals predictions now out the window, we’re pivoting—yes, pivoting—to adjust to the NYXL being eliminated in Round One. We’re going to call a Vancouver Titans and Philadelphia Fusion Grand Finals. Will Fusion be able to keep their ion the prize or will the Titans remain on top as the ultimate forces of nature? Tune in this weekend to find out!