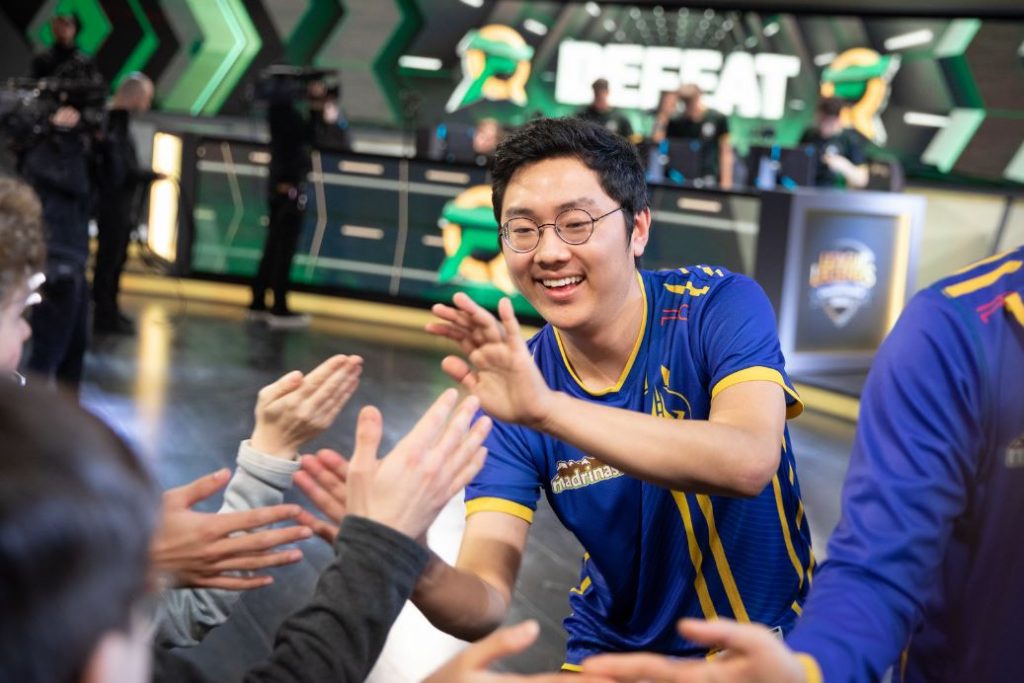 Olleh has been released from the GGS main roster and will now play for Dignitas' Academy team. (Photo courtesy Riot Games)

Golden Guardians announced that it has released Support player Kim “Olleh” Joo-sung from the main roster. Olleh played for GGS for all of 2019 after being cut from Team Liquid the previous year.

Farewell to the goodest boy.

Best of luck on your next venture, @Olleh! GG won't be the same without you! pic.twitter.com/LbNQJGOKa4

Right after Golden Guardians made their announcement Dignitas cut in with one of their own, announcing Olleh would be joining the DIG Academy roster.

After joining GGS for the Spring 2019 split Olleh helped the team break their LCS last place curse. The Golden Guardians even made playoffs for the first time in franchise history. The following split began well, but their fortunes quickly turned south. The team went from 4-2 to 6-8 and barely missed playoffs. During the split Olleh’s lane partner Matthew “Deftly” Chen was traded to Cloud9 and Olleh was benched for Jae-Hyun “Huhi” Choi.

Olleh’s arrival at Dignitas marks the completion of its Academy squad which features five former LCS starters. This roster has the potential to dominate a league full of trainees and LCS hopefuls. However, they will have to build brand new synergy as all five players were part of four different organizations last split.

While many teams and fans seem to have given up on Olleh as a viable LCS starter, his ceiling on Team Liquid was promising. Many teams have undergone massive changes and roster swaps during this off season and there will surely be more coming if teams can’t stabilize in time for playoff contention. If Olleh shows the same sparks of talent that he displayed two years ago, he could find himself on an LCS roster soon.