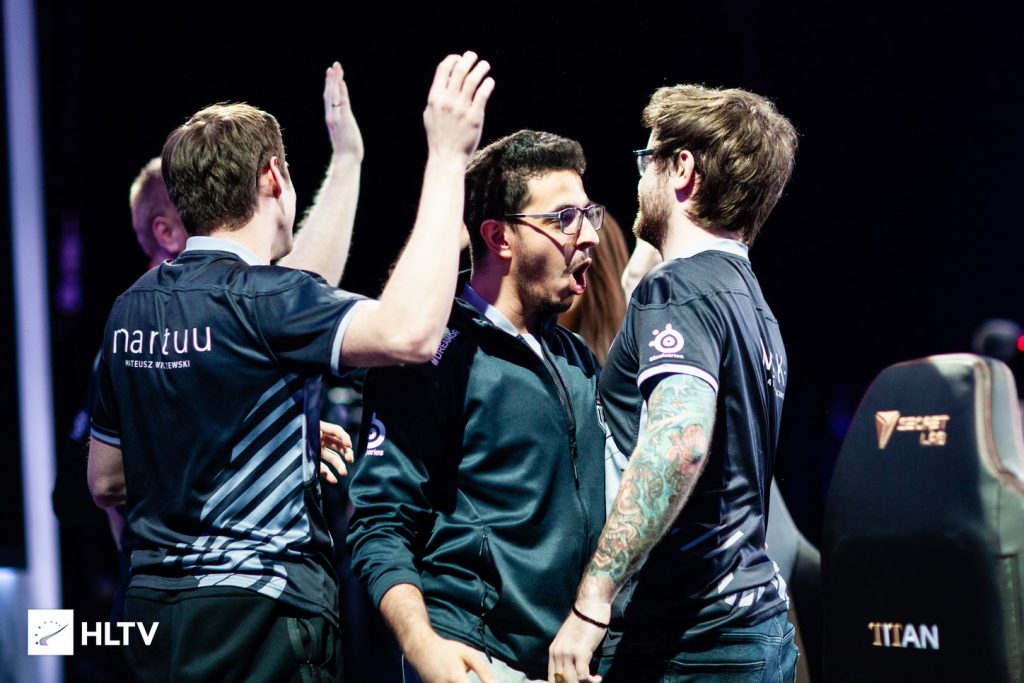 Flashpoint Season 2’s final group was the most interesting of the bunch. Although the group favorite in OG ended up taking first seed, their road to that point began with an unexpected fall. We also got to see the new Cloud9 squad’s first tournament as a team which didn’t go too well.

Group C started off with Cloud9’s debut against Virtus.pro. The newly formed international roster was looking to make waves at Flashpoint. Instead, they fell by the wayside quickly. Virtus.pro showcased their strengths on Inferno. Despite losing the pistol, the CIS squad went on an incredible streak to win 11 of 12 rounds in a row. Clutch plays out of Dzhami “Jame” Ali among others helped to run the salt in C9’s wounds.

The second half was a short one in which VP closed out map one 16-5. Cloud9 did look much better on their Overpass pick. Their T side at least got some room to breathe, although the result was still a 5-10 deficit at the half. The boys in blue nearly clawed back to overtime until Timur “buster” Tulepov and Alexey “qikert” Golubev pulled off a 2v4 in round 30 to secure the match.

Believe it or not, OG had an even worse go up against Gen.G. The 6th best team in the world fell to the 26th in just two maps. Gen.G started with a Train pick. OG looked completely unprepared for the onslaught that was about to occur. Rasmus “kreaz” Johansson and Kenneth “koosta” Suen each picked up 15 kills in the first half to help Gen.G earn a 12-3 start. A second consecutive 16-5 map one put Gen.G on match point.

OG were hoping to come alive on their Dust2 pick. Instead, Gen.G continued their dominance starting with a 10-5 CT side with kreaz and koosta once again leading the way. An even second half resulted in a comfortable 16-10 finish for Gen.G. Only one OG player had a positive K-D ratio the entire series as they were unceremoniously swept.

OG now had to run through the entire lower bracket if they wanted a spot in the playoffs. Their first victims would be an unfortunate Cloud9 squad. C9 put in a great effort on their Nuke pick. After a 3-0 start on the T side, C9 fell behind the curve before evening up the score at 8-7 by half time. The second half was very back and forth early until the C9 defense found a five round win streak to take match point at 15-12. Unfortunately, they were unable to close out the map and let OG force overtime.

In the end, it was OG who had a near perfect OT2 and secured Nuke 22-18. Aleksi “Aleksib” Virolainen was massive in the server, earning 44 kills and 117.1 ADR to deny Cloud9 their first map win as a team.

Mirage started out just as close as the first map, but it was clear that OG were superior on their pick. An 8-7 T side start gave them confidence going into the defense. They found a six round win streak to open the second half. Cloud9 couldn’t respond in kind and eventually bled out, exiting Flashpoint without a single map win. OG advanced off of the 16-10 victory.

Next up was a rematch against Gen.G. OG were successful in wiping that embarrassing first match from everyone’s minds, crushing Gen.G in no time flat. The first pistol went in OG’s favor, then Gen.G broke them with a force buy. OG would make their opponents pay for that with a seven round win streak. Mateusz “mantuu” Wilczewski was already having a monster performance in the first half, helping OG to a 9-6 lead. His CT performance on the other hand was legendary. OG would have a flawless second half with mantuu going 13-0 with 153.3 ADR for a 2.90 HLTV rating. 16-6 was the final score for OG.

Since their first matchup, Gen.G’s Train pick had been thoroughly dissected by OG. The once flourishing T side now crumbled before their eyes. All of OG was on point as each player had a rating of 1.36 or above. The result was a crushing 13-2 half. Gen.G were not up to par on their defense and eventually fell to OG. A 16-9 finish sent OG to the playoffs with a chance at first seed awaiting them.

Virtus.pro was the final boss in the Group C bracket. Map one would be OG’s trusted Mirage pick.  Although they hadn’t played it once at Flashpoint, VP looked confident on the map. An aggressive defense by the CIS squad netted them a 10-5 lead at the half. Mantuu and Valdemar “valde” Bjørn Vangså were the only two OG players who looked awake. Although more of the team chipped in as the game went on, it wasn’t enough. Virtus.pro would steal their opponent’s map 16-12.

OG needed a win on Inferno to keep their first seed dreams alive. Valde continued his great showing on VP’s map the entire way through. His 18 kills on the CT side allowed OG to take a 10-5 lead. On offense, valde’s experience as an entry fragger proved invaluable. He found 13 kills and 134.6 ADR, bringing his map rating to 1.86. The result was an easy 16-9 equalizer.

Dust2 would be the decider map. OG’s CT side started out 3-0 before VP earned a momentum shifting five rounds in a row. From there, multiple OG players came alive in their roles, performing in high pressure rounds to bring the lead back in their favor.

Virtus.pro brought themselves back into contention with a second half pistol win. Once OG had weapons, the game looked over immediately. While valde still led the scoreboard, multiple OG players broke the 20 frag barrier for the first time all series. Seven of the last eight rounds all went in favor of the European side, giving OG a 16-9 win and first place in Group C.

Six of the eight teams who will battle for supremacy in the Flashpoint Season 2 playoffs have been locked in. MAD Lions, BIG, OG, Fnatic, MiBR, and Virtus.pro all await the winners of the Last Chance Stage taking place on November 22nd. The matchups for that are: