Nukeduck: “I’m Not Too Concerned, But We Need to Get Some Wins” 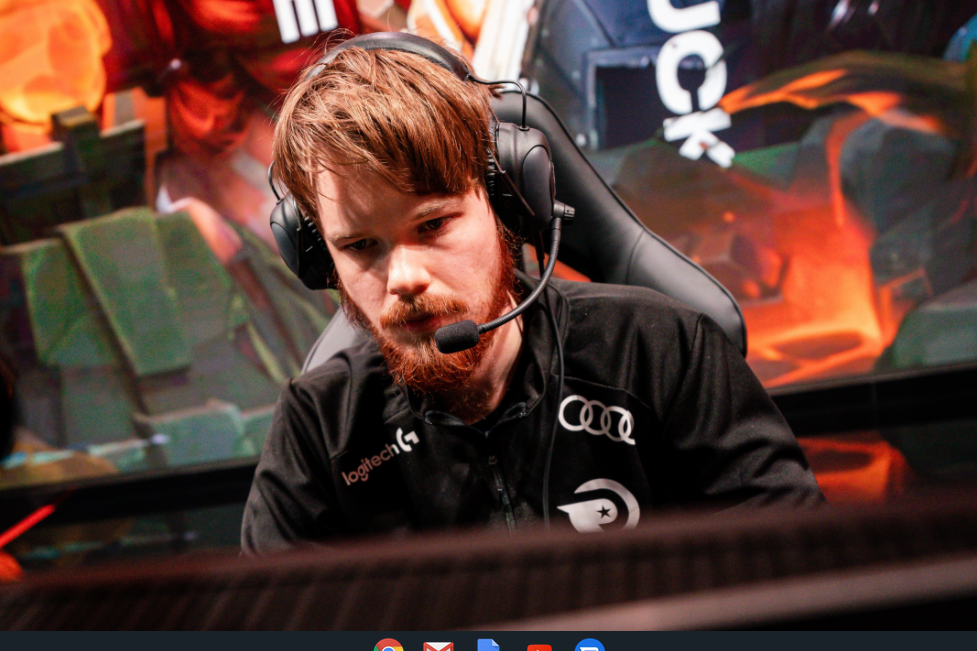 Nukeduck and his fellow Origen players need to step it up in the LEC. (Photo courtesy Michal Konkol for Riot Games.)

The first half of the LEC Summer Split ended on a disappointing note for Origen. Like for many teams in the LEC, their results have been inconsistent. It’s not at all in line with the expectations for the star-studded lineup. However, as bleak as things may look right now, there still is another half to go. We spoke with Origen’s mid laner Erlend “Nukeduck” Våtevik about the first four weeks of the Summer Split. He shared his thoughts on what’s been going wrong for the team, and what needs to be solved for Origen to redeem themselves in the second half of the Summer Split.

Hotspawn: This was a sad ending to the first half of the Summer Split. Let’s walk through the Split, and how it progressed for you guys so far. It has been a big back and forth in terms of results. How did you experience this?

Nukeduck: It’s been pretty hard. We haven’t really figured out how we want to do things. Today we were really lost, and yesterday… well I think we played alright yesterday against Rogue. We just got rolled over, kind of. They had a good early game which we were trying to get back from. We forced them to go for 50/50 Baron plays and stuff like that, even though they were ahead. I don’t think our play was bad there. But in general, we’re just not completely sure.

Hotspawn: So there is a lot of insecurity in the team when you’re playing?

Nukeduck: Hm, yeah. I would say we have good players, but we just don’t exactly know how we want to play on the map. Stuff like that. I would say that that’s the biggest problem for us.

Hotspawn: Why is this a problem now? The lineup hasn’t changed, and in the Spring Split you tied in win/loss with Fnatic for second place.

Nukeduck: I don’t think much changed for us. There is a new meta, and we haven’t really figured out how we want to play in this meta. Last Split we kind of had a similar problem, actually. We had a tactic which we could beat every bottom tier with, but we still struggled against G2 and Fnatic. So we switched up the play style in the Playoffs to a play style that, to us, felt like it would give us a bigger chance to actually win against those teams. That’s kind of what we’re doing now, but we’re just not as good with that play style.

Hotspawn: After a shaky opening weekend, you still managed to win some games. In week two you went 2-0, defeating Fnatic. Did you then feel like you guys were back on track, or did you notice there were still kinks to iron out?

Nukeduck: Well, I think we definitely have flaws to iron out. I think it’s mostly about our team play. We need to be more aware of the whole map and the whole team. Stuff like that. We shouldn’t just be aware of our own stuff. It makes it a lot harder for us to play well individually when we don’t have a plan to go by. We feel much more insecure, which makes it much harder for us to know what exactly is going on in the game. Then we can’t use our individual skills either. So, I think the biggest thing for us is, by far, to make sure that we have a good, working macro game. 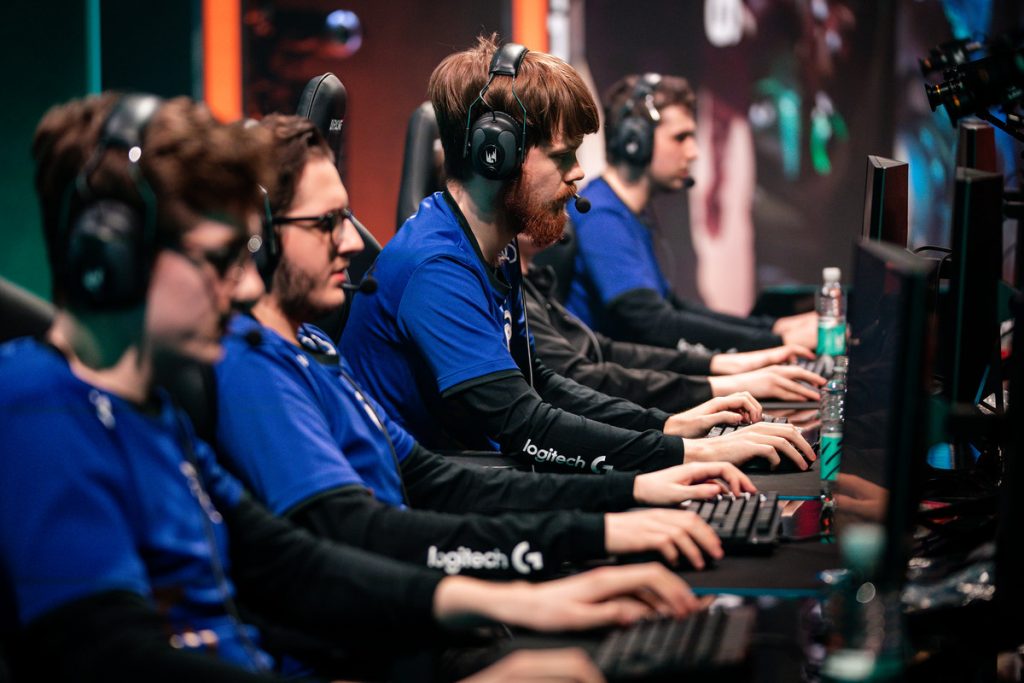 Can Origen prevent a Summer Split disaster like the one last year? (Photo courtesy Michal Konkol for Riot Games.)

Hotspawn: Origen has an iconic, slow play style. Do you think there’s something to say for this aspect of the team needing adjustment? So you perhaps aren’t as predictable in how you’ll play out the game, for example.

Nukeduck: I think we do struggle with split-pressuring teams. We’re also struggling with finding a lot of pressure overall in the game, I would say. Usually, we’ll play a more scaling composition. But at the same time, in this meta that’s kind of what everybody is doing. I don’t think that our play style needs to change necessarily. It would obviously be good if we would have some more options on how to play and if we would be better at many things. But right now, we’re not that good at many things.

I think we can’t just change our play style by doing one thing differently. It’s many small things that define what makes a play style. Even though people say that we play slow, I don’t think it’s that true. Compared to G2, yes, I think it’s true. But compared to the other teams, I think we only play a little bit slower. If you look at the game times in wins and at the game time in losses, I don’t think you’ll find a big disparity between us and teams in the league that are not G2. Of course, if we were as good at playing G2’s style as G2 is that would be very good, but that’s not how it is right now.

Nukeduck: Right now, I would say we need to focus mostly on our basic gameplay. I think most of the teams are quite weak, especially when it comes to best-of-fives. I think that, even though many teams are above us in the standings, once the meta is settled things will change. Once we play in Playoffs, I know that we will win against most teams in the league in a best-of-five without much of a problem.

I’m not too concerned, but we do need to get some wins going right now so we have an easier situation in the Playoffs. Especially when you think about qualifying for Worlds. But it’s reassuring that G2 and Fnatic aren’t doing that well as well. While I think that teams such as MAD Lions and Rogue are doing very well now, I don’t think they have so much quality that it’ll be hard for us to beat them while they’re in top form. I don’t think it’s hard for us to beat them in a best-of-five if we are in top shape too. But against teams like G2 and Fnatic it’s much more of a struggle in a best-of-five.

Hotspawn: You’re obviously dead-set to improve and get better results. Will you continue to grind as you would normally, or are you going to take a break and let things sink in a bit?

Nukeduck: I’ll rest for sure. A big thing we want to get out of this break is to have a mental reset. It’s something we really need. Especially after the game against Vitality: it was very emotional for us, so we ended up not finding the solutions in the game. I can at least say for myself that I played really badly in that game. I have a role in the team as a leader and a strategic leader, saying how we’ll play the game. We were so lost in the game. I was trying to make calls, but some of them were not coming through. And I didn’t always find the right call. That stressed me out very much. The reason we couldn’t really find the right solutions was also because the team was very stressed after losing yesterday too. That impacted my performance, definitely, and resulted in a bad game. We definitely need to reset mentally in order to play relaxed again. Then we’ll know what to do again, and what we expect from each other.

Hotspawn: What does “taking a break” look like for you? Is it resting by the pool with a good book, or are you still playing solo queue?

Nukeduck: Nah, I probably won’t do much. I will probably just relax. I think I’ll watch some tv series, or just chill and play some other games. Go for a walk if the weather is good. That kind of stuff. Relaxing by just doing nothing. I’ll be thinking about the games, thinking about how I do things while I’m on the break though. I need to reflect a lot on the Split so far.

Origen’s next opponent in the LEC is Misfits, who they’ll play on July 17th at 9 PM CEST.