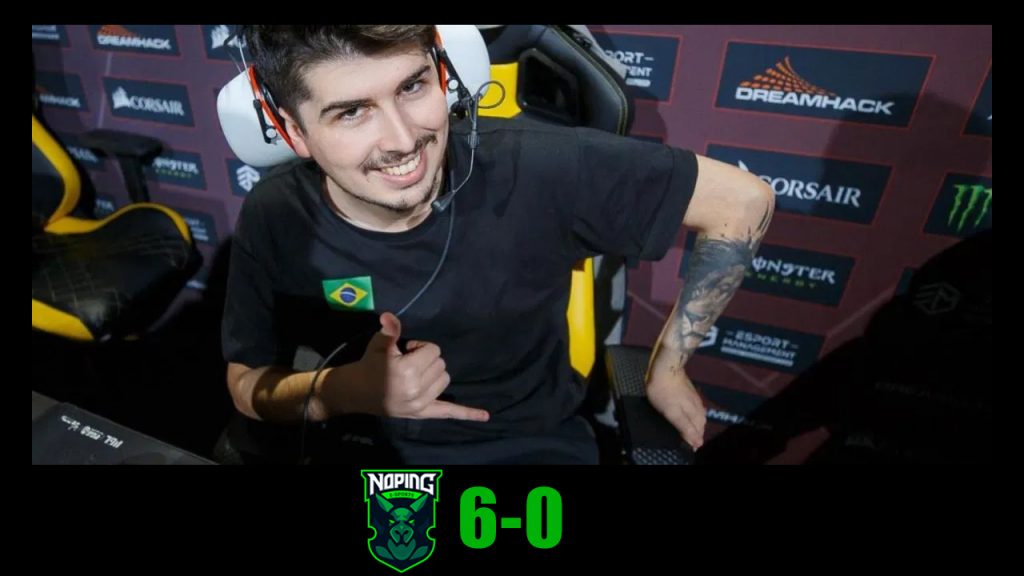 The playoff picture for the South American region of the ESL One LA Online league began to solidify on day two of play but left a few unanswered questions for day three. With all four teams still maintaining at least an outside shot at advancing, the stakes were high in every match.

Beastcoast entered day three having essentially lost every single early game in five straight contests. We had seen glimpses of the team that won over fans at The International 9 but it always seemed to come in last ditch efforts to survive. FURIA on the other hand, have shown a lot of growth over the past few months and came into the series with forward momentum.

The Dota 2 meta seems to have temporarily settled into a battle of late game illusion carry heroes versus high tempo lineups trying to end before it’s too late. In game one, FURIA grabbed the late game insurance policy of Terrorblade and Beastcoast countered with a heavy pushing strategy. FURIA’s carry RdO, a Master Tier in Dota+ Terrorblade spammer, found himself under heavy pressure in the lanes. Beastcoast, running a deadly Centaur plus Grimstroke combination, battled the Terrorblade for every last hit and deny.

Both mid lane and safelane went the way of Beastcoast thanks to the draft as well. Chris Luck’s Pugna and K1’s signature carry Abaddon both stomped their lanes as well giving Beastcoast a huge window to end the game early. The recently buffed mid Pugna put on a laser show and we got to see the old Beastcoast for the first time this week as they routed FURIA’s most comfortable draft.

In game two Beastcoast switched up the tempo, snatching up the Terrorblade to counter FURIA’s Spectre. Commonly thought of as the queen of late game Dota, Spectre never got there as Beastcoast once again took an early lead out of the laning stage. This is a dangerous team when playing from ahead and we were reminded why as the duo of Scofield and Wisper dominated the map from start to finish. FURIA did their best to delay the game but the relentless pressure from Beastcoast punished FURIA’s poor start. Each time that FURIA would make a stand around Spectre’s Haunt, Beastcoast regrouped and fought again immediately without anything left to stop them.

Entering day three of the group stage NoPing e-sports have looked to be steps ahead of the rest of South America. Their opponent, Thunder Predator, once the top seed out of the region, appears to be on the exact opposite trajectory.

Game one was all about the team fight fireworks as NoPing paired Costabile’s Terrorblade with Tavo’s Enigma. Thunder Predator did their best to dodge big engagements but the ever present threat of the Black Hole allowed NoPing to build a substantial networth lead. As Thunder Predator neared the event horizon of defeat they made a latch ditch effort to kill Roshan and secure the Aegis. Without proper vision control around the Roshan Pit however, NoPing were able to waltz in and claim the objective for themselves without resistance. Lacking any realistic way to counter Tavo’s Black Hole, Thunder Predator were left without a path to victory.

Having secured the top spot in the group, NoPing were looking to make a short day of it in game two. Picking up a heavy pushing lineup and beefy core heroes, the Brazilians showcased the perfect counter to Wraith King, one of the meta’s most prolific carry picks. Kj got things off to a fast start for NoPing, utilizing his support Nature’s Prophet to snipe several couriers in the opening minutes of the game and hamstringing the Thunder Predator lanes.

Despite coming out of the lanes relatively even in net worth, NoPing drastically accelerated the pace around the 10 minute mark. Bringing all three core heroes into the mid lane, NoPing steamrolled Thunder Predator’s defenses before proceeding to stake their claim on nearly all of the jungle territory. MNZ’s Wraith King did his best to keep up in farm but found little space to do so under the suffocating map control from NoPing. Without any threats to their tanky tri-core, NoPing breached Thunder Predator’s high ground just 17 minutes into the game and ended the game shortly after.

As the dust settles on the South American group stage, there are a lot of questions to still answer. Thunder Predator drop out of the competition in fourth place with a 1-6 record and seem to have lost all the momentum they had before the tournament. Beastcoast will now play FURIA in a rematch in round one of the brackets to see who faces NoPing in the finals. NoPing finish the group stage with a perfect 6-0 record and have yet to look truly tested. Somewhat of an afterthought coming into the league, they are now just one best-of-five away from claiming the title of South America’s best team.