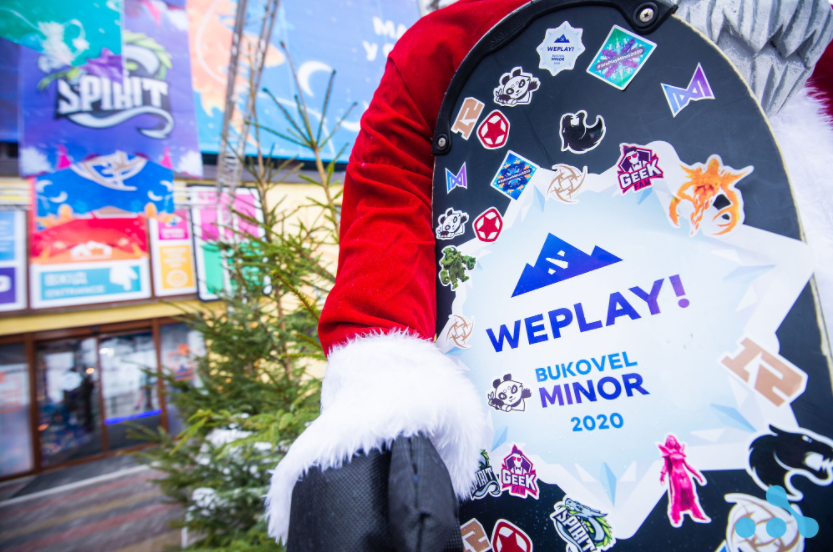 The WePlay! Bukovel Minor concludes as a winner is crowned and advances to Leipzig Major. (Photo courtesy WePlay!)

It’s been a packed weekend of Dota 2 as the WePlay! Bukovel Minor advanced through its playoff bracket and into the Grand Finals. After an epic series, in terms of both length and quality, Nigma have emerged victorious over Royal Never Give Up, despite a difficult start.

This was no cakewalk to the finals. On Saturday, RNG and Nigma faced off for the first time in an upper bracket clash. There, Royal stumbled only momentarily continuing the superb display of ability that they’d displayed all tournament so far. Their decisiveness and excellent drafting seemed too much for a Nigma team that had looked lackluster for much of the event.

A 2-1 victory for RNG sent Nigma tumbling to the lower bracket, where they met Gambit Esports who had been dismantled by Geek Fam in their previous series. Geek Fam clean swept the CIS team, finishing game one in record time, before stalling in game two. However, despite Gambit’s best efforts, the team would fall and have to face a Nigma squad on the warpath.

GGWP @nigmagg. Our run at WePlay! Bukovel Minor concludes with a 4th place finish. Thank you for staying up late to cheer for us! @WePlayEsport #BukovelMinor #TornadoEnergy pic.twitter.com/Wl3RYJK9Ru

Nigma surged through the lower bracket, decisively defeating Gambit, and then Geek Fam in a pair of games, which finally demonstrated why Nigma is considered one of the top teams in Dota. Geek Fam had earlier fell to RNG, and while there were glimmers of excellence from the stack, Nigma’s Aliwi “w33.hee” Omar, and Amer “Miracle-” Al-Barkawi popped off in multiple games, securing the win. This set up for an incredible finale, and a chance for Nigma to redeem themselves against RNG.

GREAT PERFORMANCE overall @TeamGeekFam. You guys were just a treat to watch and I cant wait to see more of you!

Royalty versus the Lower Bracket champs

The Grand Finals started slowly enough, but some good early game harass from RNG rocketed them to an early lead in their first match. W33’s Huskar did well in the mid lane before putting lots of pressure on RNG around the map. However, a lack of general mobility on the side of Nigma meant they failed to capitalize on their power spikes. As a result, RNG was able to disengage from even the most forced engages from Nigma, allowing them to pick fights they’d always win. After a crucial team fight at Roshan, RNG began a sustained siege on Nigma’s high ground finishing up the first game in decisive fashion.

After a much more cohesive draft from Nigma in the second game, Nigma shot to an early lead, dominating both the Underlord and Queen of Pain in lane, and keeping RNG’s carries firmly grounded. But after a bad fight, almost all of Nigma’s momentum disintegrated in the face of RNG’s offensive efforts. Nigma attempted to come back, putting the lion’s share of the carry duties onto Miracle-‘s shoulders, allowing him to split and take objectives. Meanwhile, RNG seemed unable to pull the trigger and end the game, repeatedly getting caught out, meaning their huge gold lead was meaningless.

Instead of a decisive victory, though, it was time to strap in for the long haul. With both teams having barely a base left, the game shifted into an 80+ minute slog that only ended after Phantom Lancer had destroyed every single item building in RNG’s high ground.

Surprisingly, RNG opted not to ban Phantom Lancer in their third game, instead looking to counter the late game power of Nigma’s carries with early game aggression. This plan immediately fell on its face as Nigma started to pick up early game kills, and quickly grabbed a decisive lead. In a far shorter game, Nigma was able to push in a defeat RNG taking the series to match point.

Huddling up for Game 4!#StarsAlign

For match four, RNG broke out the Spectre, an unusual pick and one they hoped would turn things around. But immediately it seemed all for naught. The Chinese team fell apart, giving up three quick deaths as the game started, with Nigma’s Earthshaker roaming around and causing havoc, although the sloppy aggression was also backfiring in some cases. Both teams looked practically exhausted, making careless mistakes in their play. At this point, the series had been going on for close to six hours and with an RNG win would have extended for at least another hour.

Having avoided the traps laid by Nigma, RNG surged to a massive 20k gold lead cutting off all of Nigma’s farm and scaling their carries out of control. The Spectre pick, which had been so unexpected, was so dangerous in the hands of Du “Monet” Peng. By 50 minutes the lead had swollen to 40k but RNG were very cautious. Their caution and lack of decisiveness in the game conspired to allow Nigma back into the game after a crucial catch under the top side tier three tower. RNG’s lead was halved, and suddenly Nigma could kill them far more easily.

With the game now wide open, RNG stalled to allow their buybacks to refresh. The Spectre was still a terrifying carry but RNG still couldn’t push in. With an enormous amount of gold on Miracle-, Nigma was eventually able to catch out their opponents, push their high ground, and finishing off the game.

KuroKy’s team was slow to develop in this tournament. They looked shaky in groups before finally finding their feet on the last day. But their games still lasted far too long. They relied on the mistakes of their opponents, particularly in the last series, to secure victory. We’ll see them at the Major, but the team will have a lot of work to do to rise to the level of competition in Leipzig.

One thing that has to be said about this tournament, besides the result, is that top to bottom the production has been amazing. WePlay! fully embraced the winter theme and, at times, even made it feel like it was Christmas all over again. From the live music performed at the start of each stream, to the SFM competition, and the hilarious skits peppered in between the games and analysis, everything was fantastic. Seeing the snow-covered slopes of Bukovel live in real-time, thanks to the drone coverage, was something to behold. All of these things demonstrated that when you move away from the established tournament fare of “super serious sporting event” style content, you can create something incredibly special and memorable. And of course, every event can benefit from ending with a badass firework display.

Nigma will go on to the DreamLeague Season 13: The Leipzig Major rounding out the 16 teams set to compete from January 18th – 26th. WePlay!’s next event is the following month, the WePlay! Dota 2 Tug of War: Mad Moon, taking place on February 19th – 23th.