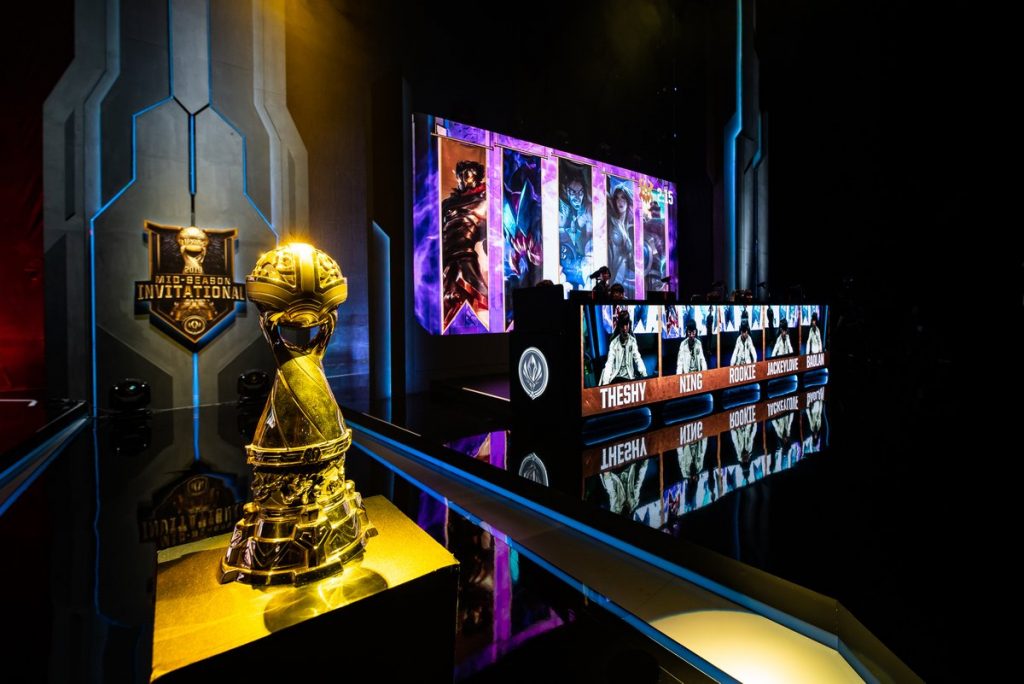 Invictus Gaming now owns the record for the most successful group stage at MSI, finishing at 9-1. (Photo courtesy of Invictus Gaming)

The League of Legends Mid-Season Invitational 2019 group stage has come to an end. Hanoi hosted five great days of international competition between six teams. It was a period of great matches, upsets and strong showings from a variety of teams. If there was a word to describe this MSI it is impactful. But how impactful were the results of the MSI group stage, let’s find out.

Who is Moving Forward at MSI?

With the recent historical success of the LPL, Invictus Gaming was the team to watch out for. Invictus Gaming are the reigning 2018 World Champions, and the title has not been devalued this tournament. In the first half of the round robin, nobody came close to defeating iG. In fact, Invictus Gaming broke the world record of the quickest international game ever. Invictus Gaming defeated SK Telecom T1 in 16:01 minutes. Furthermore, iG also owns the record for the most successful group stage at MSI, finishing at 9-1. This 90% win rate beat the previous record held by RNG and SKT (8-2).

In the second half, they looked more mortal. The only team to beat them in the group stage was SK Telecom in the final game of the group stage. G2 Esports had a good attempt at defeating them on the 4th day of the group stage. G2 Esports cracked open the iG bot lane inhibitor in a surprise move whilst iG split their roster in the top and mid lane. However, G2 overextended and iG cleaned up and regained momentum to win the game. In addition, Flash Wolves has a great game on day five. From the early and mid-game Flash Wolves had the pace and won lots of team fights throughout the game. Although, the game seemingly changed when iG took one great fight in the late game which gave them another win.

Regardless, Invictus Gaming looks amazing. Any team that beats them in the playoffs will earn themselves huge kudos and hype for when the regular season returns.

SK Telecom will be taking second place after a close battle between them and G2 in the standings. SKT spent most of the group stages in 3rd place. SKT was short just one win from catching up to G2 esports before the fifth play day. G2 Esports were 5-3 in the standings whilst SKT were 4-4. The Korean side needed to perform exceptionally well whilst they needed G2 to flounder. SK Telecom had a great final day taking down Team Liquid with ease and destroying IG’s perfect record. On the other hand, G2 had an easy final playday and messed up by taking losses to Phong Vũ Buffalo and Team Liquid.

Standings at the end of Day 4 of the #MSI2019 Groups Stage!#IGWIN#G2WIN#T1WIN#TLWIN#FWWIN#PVBWIN pic.twitter.com/iVJr4Dlj3z

Following on from this, G2 Esports had a great group stage. G2 Esports had received lots of hype heading into this tournament, and they did not disappoint until the very end. G2 Esports only slipped up in the first half of the round robin against Phong Vũ Buffalo as their scrappy style was enough to keep G2 from surfacing. The EU squad even took down SK Telecom 2-0 in the round robin.

The final day of the group stage, G2 had a clean run to second place. However, their early game weaknesses had been exposed all too often across the days. Team Liquid learned from their previous encounter and bested Rasmus “Caps” Winther which accelerated them to a game victory. Meanwhile Phong Vũ Buffalo once again out skirmished them to another victory, despite Martin “Wunder” Hansen’s pentakill on Ryze. G2 Esports went from one of the most rated teams in the tournament to a team with concerns over them heading into the playoffs.

The rest of the world isn’t ready for G2.

Finally, Team Liquid earned their spot in the playoffs after their impressive victory against G2 esports. Team Liquid had been hit or miss in the tournament, being able to take down Flash Wolves, Phong Vũ Buffalo twice, and G2 Esports. Most fans expected there to be a tiebreaker over the 4th place between Team Liquid and Flash Wolves. Team Liquid should have gone 0-2 on the final day, however, they took control of their destiny and earned themselves the final spot in the semi-finals with a 4-6 standing.

Who Was Eliminated From MSI?

Flash Wolves and Phong Vũ Buffalo should not feel disheartened about their exits from the tournament. Flash Wolves had a great shot against iG, and they had some good moments throughout. Although, this is the first time the LMS has failed to advance to the semis. Flash Wolves has a brand-new team, so this is a great international experience for them.

On the other hand, Phong Vũ Buffalo upset G2 Esports twice. The experience they have gained from Worlds 2018 and now at MSI is extremely valuable, and they are a welcome addition to international competition in League of Legends. Hopefully, this team can upset and maybe even progress in this year’s worlds tournament.

On May 17-19 in Taipei, Invictus Gaming, SK Telecom T1, G2 and Team Liquid will continue their fight to be crowned champions of MSI.

.@invgaming chooses to play against @TeamLiquidLoL as their #MSI2019 Knockouts Semifinals opponent for Friday, May 17th. @T1LoL will play @G2esports on Saturday, May 18th. #IGWIN #TLWIN #T1WIN #G2WIN

On Friday, Invictus Gaming will play against Team Liquid. On Saturday, SK Telecom T1 will have their opportunity to right their wrongs against G2 Esports. The winners of each of these matches will go head-to-head in the grand finals, crowning the MSI champion.