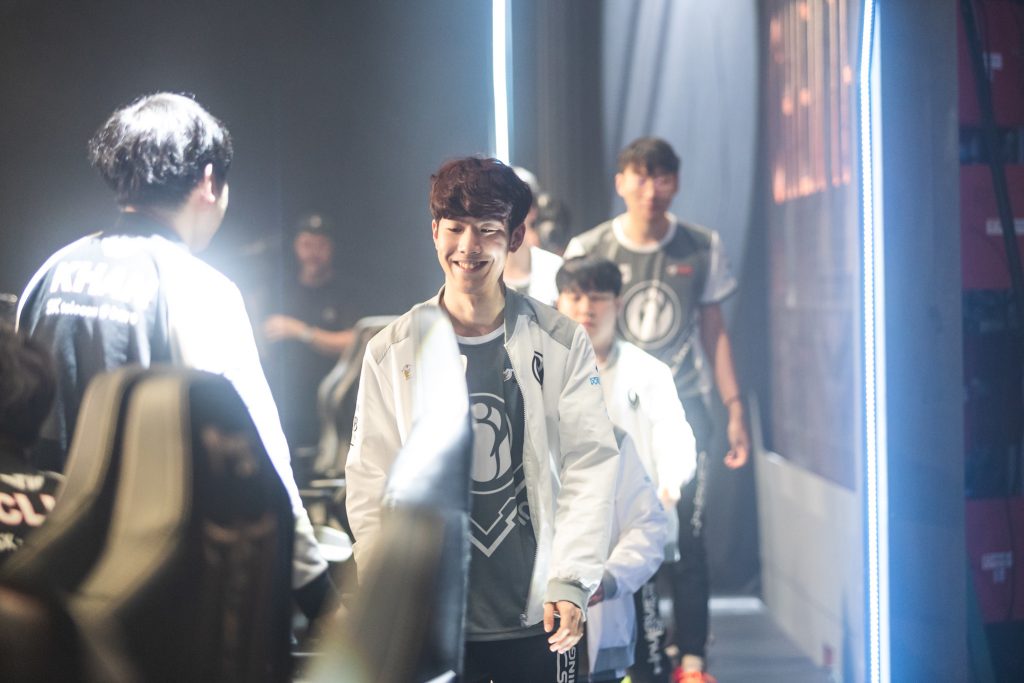 Invictus Gaming have emphatically crushed SK Telecom T1 in the first meeting between the two teams at the 2019 Mid-Season Invitational. The 16:01-minute win by the Chinese representatives set the record for fastest victory at a League of Legends international event and established a clear favorite to take home the MSI crown.

The current world champions, iG have been spoken about as MSI contenders leading into the event, but everyone was in agreement that one team stood in their path: SKT. Armed to the teeth with superstar players like Jin-seong “Teddy” Park and Dong-ha “Khan” Kim, the Korean team had the international pedigree to put themselves in the conversation for invitational champions.

After the day two clash between the two eastern heavyweights, Invictus Gaming have proven there is a spacious gap between first and potentially second at the Riot-hosted event. Adding the SKT domination to their 33:10-minute win over Team Liquid earlier in the day, iG now move to a 4-0 record to start their MSI campaign.

There may be a glimmer of hope for Korean fans, however. After SKT mid laner Sang-hyeok “Faker” Lee revealed his side had not practiced the emerging strategy of picking Sona-Taric in the bot lane, Teddy and his support Se-hyeong “Mata” Cho elected to bring it out against Invictus Gaming.

While it wasn’t the sole reason that SKT were run over in one of the fastest professional games ever recorded, it certainly didn’t help. Teddy and Mata finished with a collect 1/4/7 statline and never had a chance to show their capabilities against the world champions.

There was also another record set in the 16:01 match between the two title favorites. Just 37 seconds into the match, Tae-min “Clid” Kim killed Eui-jin “Rookie” Song in the jungle. It set the new world record for fastest kill, breaking the time set in the Phong Vu Buffalo vs Bombers game just a week ago.

For some, the brutal defeat may show that SKT aren’t the returning powerhouse everyone believed they would be. Riot shoutcaster Trevor “Quickshot” Henry is one in that camp. He suggested if the Korean representatives struggle against Team Liquid in the third day of play, it may drop SKT to fourth place in the MSI power rankings.

I'm both impressed and sad about that iG vs SKT game. Amazed at what iG pulled off, just super bummed it wasn't a more competitive and exciting game.

If SKT don't look good against TL tomorrow, then I think their drop to 4th in my mind as TL advance to 3rd. #MSI2019

For SKT, potential redemption lies in the third day of play. The Korean representatives face Team Liquid (2-2), before coming up against Europe’s G2 Esports (3-1) later in the day. iG have an easy road ahead of them tomorrow, as they face Flash Wolves (1-3) and hometown sweethearts Phong Vu Buffalo (0-4) to potentially stay undefeated three days into MSI.