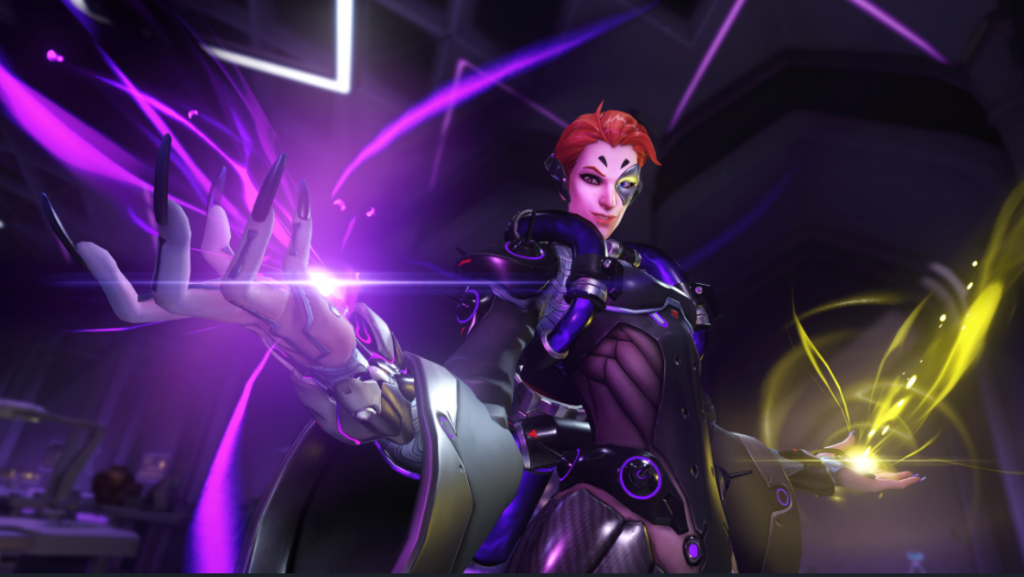 A new addition to Moira’s kit on the Experimental Card has Overwatch fans up in arms. (Image Courtesy Blizzard Entertainment)

Overwatch’s newest Experimental Card went live on Thursday with a small nerf to the recently rejuvenated Genji alongside a controversial addition to Moira’s kit. The changes were teased last week in a Reddit post from Overwatch lead designer Jeff Kaplan. He expressed uncertainty over the Moira side of the equation, and after a strong reaction from Overwatch’s online community, it’s not hard to see why.

Ok everyone these are just experimental mode changes, not live…..

The concept of giving Moira a team wide invisibility cloak and a miniature star that vaporizes you if you get too close really opens up the possibilities for the Dragon Ball Z x Overwatch crossover. pic.twitter.com/mzCWbZlAJO

Moira received three changes to her kit on the Experimental Card, two of which are relatively small adjustments. First, her secondary fire got a small nerf that makes the lock-on angle smaller and harder to aim. Her Damage Orb was also altered to do more damage to enemies very close to it and less at its max range.

The bigger change comes to Moira’s Fade ability, which now provides protection to her teammates as well. The ability functions similarly to the live version, but when Moira emerges from Fade, she and any teammates nearby receive the Fade effect for 1 second. In that time, they move normally, but cannot be affected by enemy damage or abilities.

Fade effect is the same as her normal one, so she can cleanse nades, negate sig ult, walk out of gravs, etc for her ENTIRE TEAM

Put this in PvE not multiplayer pic.twitter.com/jb9CdXgN0Q

It would be a massive change to how Moira would operate in a team environment. Instead of only protecting herself with Fade, now she can negate entire Ultimates with an ability on a six second cooldown. From initial testing, it seems that her teammates can continue to fire and use abilities while Faded.

The community reaction has been almost universally negative, with fans concerned that the ability is too easy to use for such tremendous value. It’s unlikely that the change could ever make it through to live servers unaltered, but it’s a dramatic move even for the Experimental Card.

If I'm reading this correctly this is the most broken and impossible to balance ability ever pic.twitter.com/gThcFTpArW

The Genji nerfs, on the other hand, are rather tame in comparison. His primary fire is going from 30 damage to 28 per shuriken, and his secondary fire has been slightly nerfed to lower the fire rate. Both are simply being reverted to their previous values after expansive buffs have made Genji and meta mainstay of late.

Genji shouldn’t fall off too hard, but he has taken slight hits to his burst and poke damage. With the Deflect change still around, he’ll still be a solid pick, assuming these nerfs go live.

Overall, we’re seeing a mix of the practical balance changes that usually go live and the off the wall stuff the Experimental Card was meant to test. Based on Kaplan’s post, there’s more of this bold thinking on the way with what he called a “failed” experiment for players to try out.